From stunning landscapes to rarely-seen underwater wonders, top images represent best in nature photography from around the world 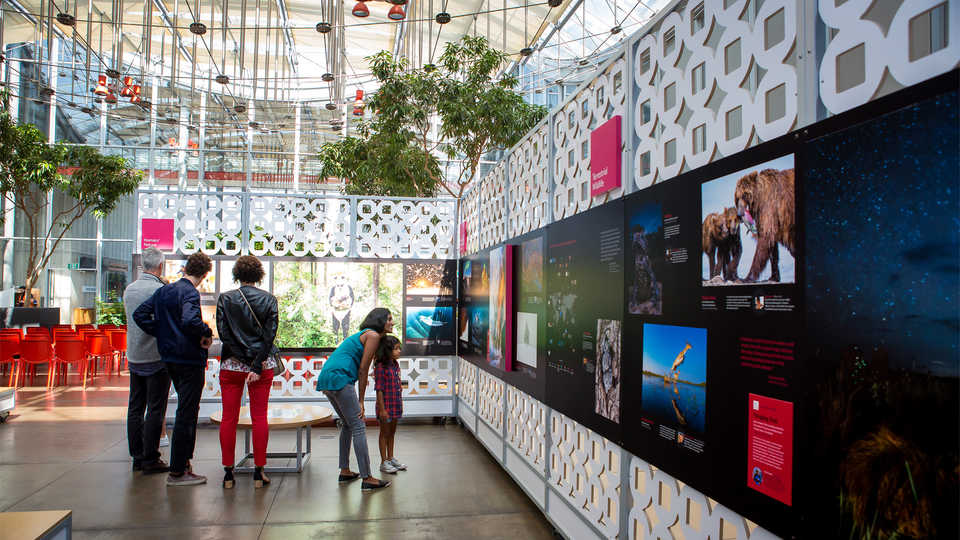 San Francisco (July 9, 2018)—On Friday, July 27, the California Academy of Sciences in San Francisco will open BigPicture, the museum’s annual photography exhibit highlighting the best in wildlife and conservation photography from around the planet. Featuring 48 top images from the fifth annual BigPicture Natural World Photography Competition, the exhibit blends captivating imagery with perspectives from Academy scientists and illustrates the power of photography to engage the public in the diversity of life on Earth and our most pressing environmental challenges. The exhibit will be on display through October 21, 2018.

Nearly 6,000 photographic submissions were entered by photographers representing 71 countries—all of which were reviewed by a judging panel of esteemed professional photographers and photo editors. A gallery of winning images was recently published by bioGraphic, the Academy’s online magazine about science and sustainability and official media sponsor for the BigPicture competition. Gallery photos and captions from the bioGraphic story are available to any interested media outlets upon request.

This year’s Grand Prize image was taken by underwater photographer Tanya Houppermans of Fredericksburg, Virginia, who left the corporate world to pursue marine photography and conservation full time in 2015. Her captivating image, titled Harmony, provides a stunningly close look at a sand tiger shark gliding overhead through a dense cloud of glimmering baitfish, captured by the photographer while diving a World War II-era cargo shipwreck off the coast of North Carolina.

Since launching in 2014, BigPicture has established a fast-growing reputation within the photography community, receiving a four-star rating (the highest possible honor) from The Photographer’s Guide to Photo Contests by Photo Shelter, one of the world’s top online photography resources. The competition was also named one of the “Best Photography Contests and Prizes in 2016” by Format, a leading online portfolio service for photographers. In 2017, BigPicture was included in My Modern Met’s list of “30+ Best Photography Competitions to Elevate Your Craft.”

The Grand Prize and First Place Category winners and their work will be honored at an awards ceremony during the BigPicture NightLife event (21+) on July 26, 2018. Awards include $12,000 in cash prizes and winning images featured in a BigPicture photography exhibit on the museum’s public floor, which welcomes over 1.5 million visitors each year. The event will also celebrate the launch of Wonders, a new photography book of more than 100 breathtaking images from the BigPicture competition series published by Chronicle Books and featuring a foreword by Dr. Sylvia Earle, renowned marine scientist and ocean advocate.