Curator of Invertebrate Zoology and Geology 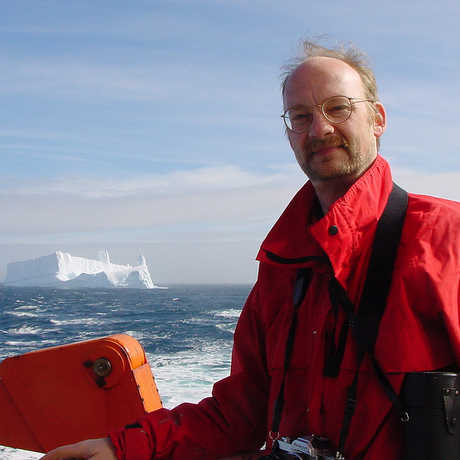 When I was about 8 years old, I sat at the kitchen table and used a blue ballpoint pen to draw the "blueprints" for the research vessel I would be using when I became a marine biologist. Things don't always go the way you plan--even when you start early. But I can say that my life as a field biologist and phylogeneticist of marine organisms has never wavered from the exciting endeavor represented by those childhood sketches. My parents introduced me to the wonders of the natural world, and I discovered very soon that there was nothing I would like to do more than devote my life to uncovering, drawing, and writing about those wonders.

But it was not until my second year at the University of Toronto that I came up against what are arguably some of the most enigmatic of marine organisms: the echinoderms. This group, which includes the sea urchins, sea stars, brittlestars, sea cucumbers, and sea lilies, displays some of the most bizarre morphologies of any marine organism. The origins of certain peculiar evolutionary novelties are poorly known, and the echinoderms are a perfect laboratory in which to study the far-reaching effects of some of these, especially small changes in rates of development. In particular, I was drawn to the aesthetically and scientifically pleasing sand dollars. Under the tutelage of Malcolm Telford, who taught me that there were no satisfying answers to poorly formulated questions, and Rick Winterbottom, who taught me that the best questions were about the relationships of organisms, I discovered my calling as a phylogenetic systematist.

Using phylogenetics as a tool, I have studied everything from abyssal sea urchins to linguistics. My most satisfying systematic works still deal with the sand dollars, which continue to lay the ground work for my ideas on the relationship between development and phylogeny. Recently, with colleagues in France, I have begun work on skeletal systems of all echinoderm groups, both fossil and extant. This theory of skeletal homologies provides keys to determining how these strange animals evolved. In the same way that knowing homologies in vertebrate skeletons has helped us to understand their evolution, our hope is that this theory of echinoderm homologies should be helpful in explaining the origins of even the most bizarre echinoderm groups.