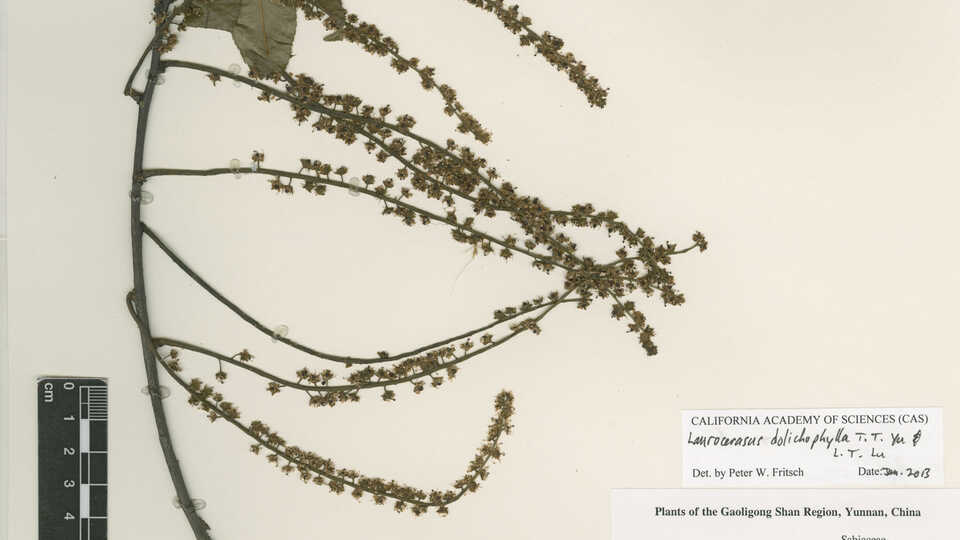 The herbarium of the California Academy of Sciences is the largest collection of vascular plants in the western U.S. It is the sixth largest collection in the United States. Together with the Herbarium of the University of California at Berkeley (UC) the San Francisco Bay area is regarded as a National Resource Center for systematic botany. These two major collections have an informal agreement to avoid duplication, thus providing botanists with a rich and varied resource for research.

More About the Collections

The Academy collection includes approximately 2 million plant specimens. More than 95% of the specimens are vascular seed plants; the remainder are ferns and a growing collection of bryophytes. There are almost 12,000 types (holotypes, isotypes, syntypes, lectotypes, and neotypes) housed separately from the general collection.

The collection was built largely as the result of research collections by the curators and staff of the Academy and the Dudley Herbarium (DS) and augmented by purchases, exchanges, and bequests made over the years. The collection is strongest in vascular plants from North and Latin America (particularly California and western and southern Mexico) and the Galapagos Islands, as well as important collections from other areas of the world. Some vascular plant families and genera that are especially well represented are Acanthaceae, Brassicaceae, Carex, Eriogonum, Hydrophyllaceae, Lupinus, Madinae (Asteraceae), Malvaceae, Melastomataceae, Onagraceae, Penstemon, Poaceae, Polemoniaceae, and Quercus. The herbarium also includes the largest collection of ornamental plants in California.

How to Search the Botany Collection

If you are searching for these records and are having trouble finding what you need, try limiting your search to as little information as possible (e.g., ONLY genus and species or only family).

These databases and all images within them are owned and copyrighted by the California Academy of Sciences, ©2009, or licensed to it. The data and images may be used freely by individuals and organizations for purposes of basic research, education and conservation. These data and images may not be used for commercial or for-profit purposes without the express written consent of the California Academy of Sciences, and may not be repackaged, resold, or redistributed in any form.

Use of the data or images in publications, dissertations and theses, or other scientific reports, should be accompanied by an acknowledgement of the Department of Botany, California Academy of Sciences, as the source for the information. Please provide the Department with separates of articles resulting from the use of these data or images. This helps us to document the use of specimens as “vouchers” in the literature. It also helps us to justify continued funding for the collections so that these resources remain available into the future.

Search our popular California Wildflowers database by color, or by common, Latin, or family name. 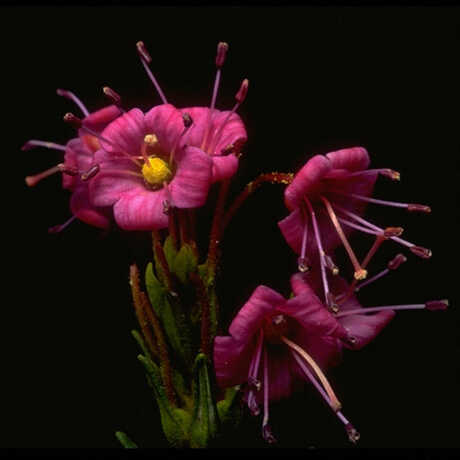