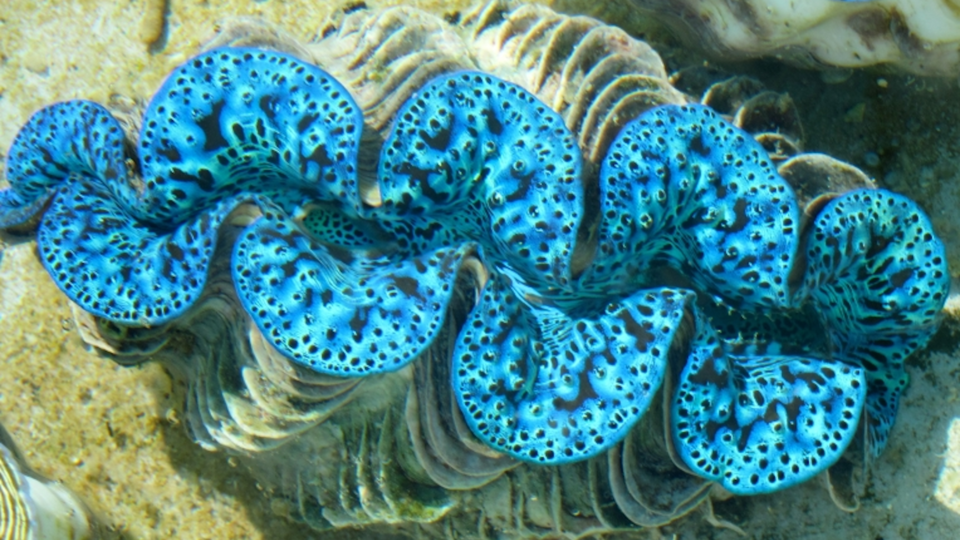 The Department of Invertebrate Zoology and Geology maintains the most eclectic natural history collections at the Academy and IZG scientists study a diverse array of marine life including corals, mollusks, urchins, barnacles, and polychaete worms, as well as marine biotic communities of the geologic past. 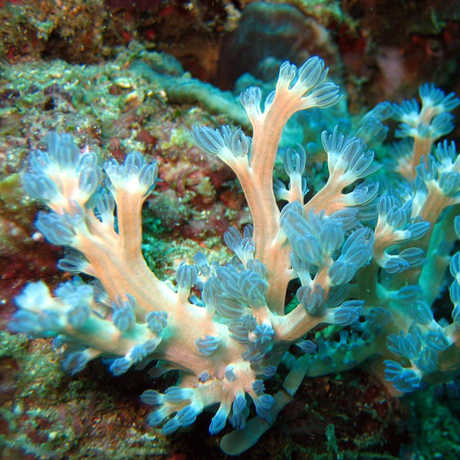 The octocorals include some of the most beautiful and morphologically diverse animals in the oceans - the soft corals, sea fans, and sea pens. They are a group of corals characterized by eight feathery tentacles surrounding the mouth of each polyp. Dr. Gary Williams maintains the Octocoral Research Center lab in the Department of Invertebrate Zoology and Geology, that also has large coral collections spanning a worldwide geographic coverage.

Coral reefs are located in shallow waters of tropical and subtropical regions - which provide marine waters, warm temperatures and sunlight. The organisms that build coral reefs are corals that house algal symbionts within their tissues.

Most corals are not coral reef builders but rather inhabit the deeper part of the oceans and are worldwide, from polar seas to the tropics. Some deep-sea corals have been found in the very deepest regions of the world's oceans. 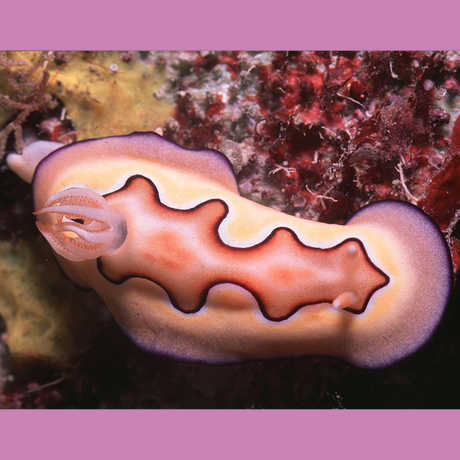 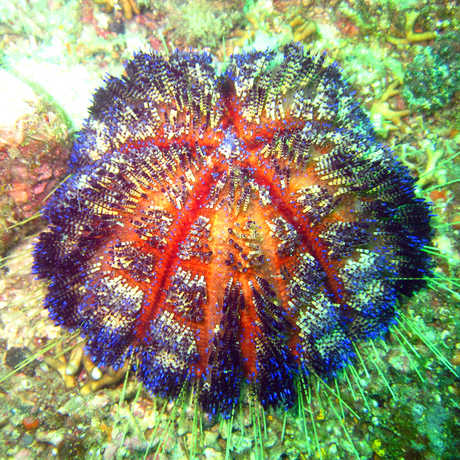 The Echinodermata is a phylum of exclusively marine invertebrates with a fossil record extending back to the Precambrian. Dr. Rich Mooi studies echinoids (sea urchins and sand dollars), and utilizes both extant and fossil material in the IZG collections. 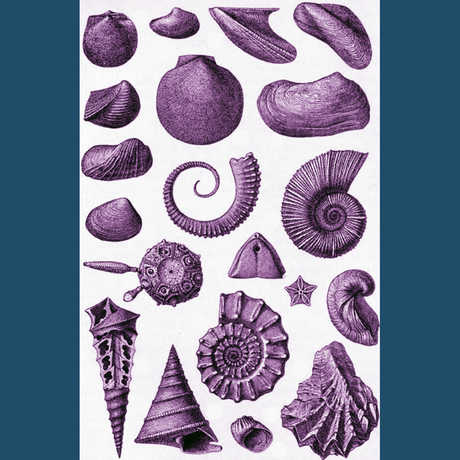 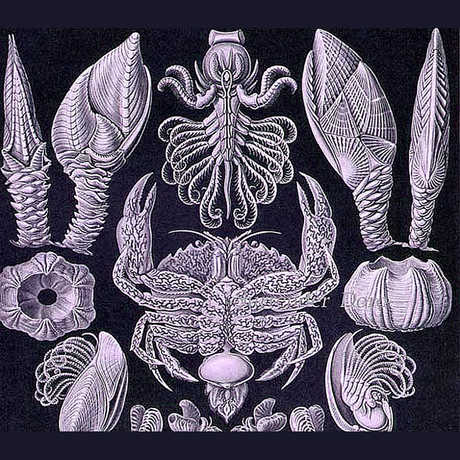 Dr. Robert Van Syoc's Barnacle Lab resides in the Invertebrate Zoology and Geology Department. Dr. Van Syoc is an authority on barnacles, particularly those that live on gorgonian corals, black corals, and sponges. 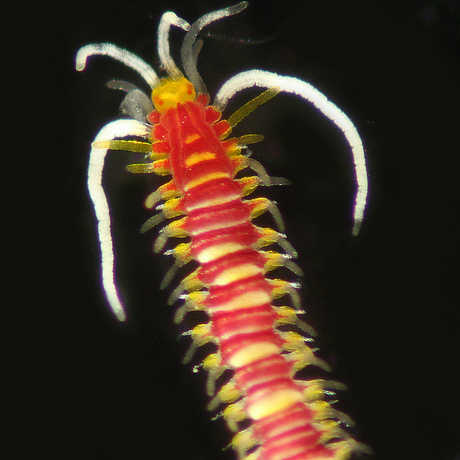 ​Polychaetes (“bristle worms”) are a hugely diverse yet poorly understood group of segmented worms which occur in nearly every habitat in the sea (less than 2% of known species live in freshwater). These soft-bodied segmented worms derive their name from their many bristles called chaetae. The nearly 14,000 polychaete species currently known to science are highly variable in appearance and life history. They serve as critical components of all marine habitats, providing essential services to ecosystems including nutrient cycling, water filtration, and shelter for other organisms by their tube and reef construction.

The Department of IZ&G maintains significant recent and historical polychaete collections, with a primary strength in the northeastern Pacific supplemented by collections made from a wide diversity of regions including the Indo Pacific. Current polychaete research by Piotrowski focuses on survey and documentation of the mega-diverse yet poorly documented fauna of coral reef habitats in the Philippines. 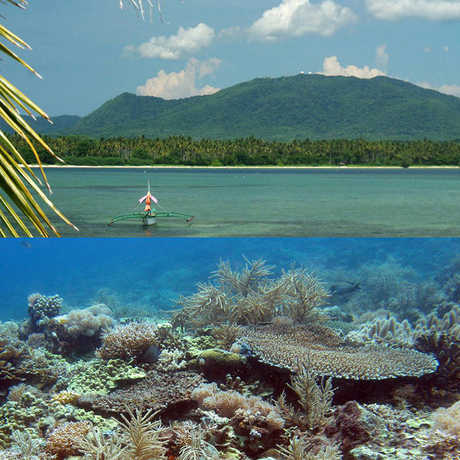 IZG Curators Terrence Gosliner and Gary Williams began exploring aspects of coral reef biodiversity on various islands of the Philippine Archipelago in the first part of the 1990s.  Their study sites subsequently formed the basis for the extensive Philippine coral reef exhibits in the Academy's Steinhart Aquarium. Today, many scientists from the Academy, other U.S. institutions, and the Philippines have taken part in Academy-sponsored field studies on islands of the northern Philippines, including the largest Academy expedition ever undertaken - the 2011 Hearst Philippine Biodiversity Expedition, as well as the Coral Triangle Expedition of 2014. 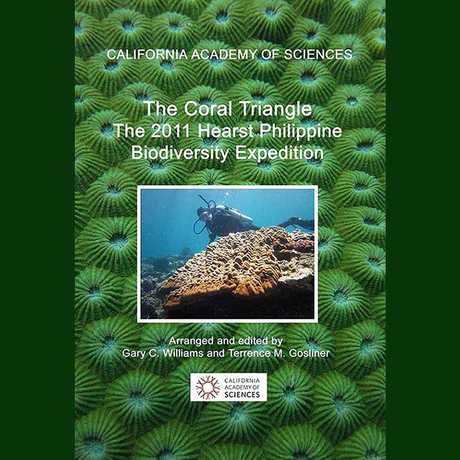 The Academy has published scientific journal articles and books since 1854. Scientific Publications in the Academy's Institute of Biodiversity Science and Sustainability continues to this day and has recently produced results of the Hearst Philippine Biodiversity Expedition, arranged and edited by IZG Curators Gary Williams and Terrence Gosliner. 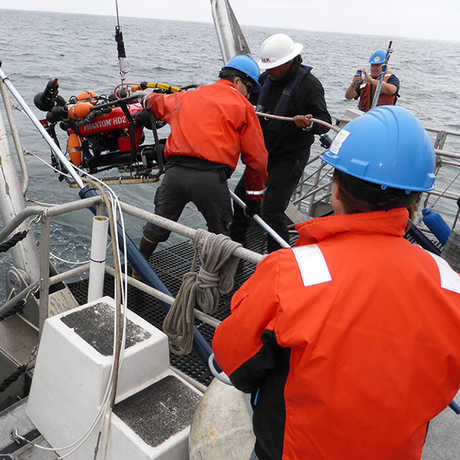 The National Oceanic and Atmospheric Administration (NOAA) is the managing agency for the Cordell Banks (CBNMS) and Gulf of the Farallones National Marine Sanctuaries (GFNMS) off the coast of the S.F. Bay Area, including the Farallon Islands. In 2012 a NOAA cruise making use of a Remote Operational Vehicle (ROV) conducted a biotic survey of GFNMS to collect biodiversity data to be used for a possible extension of the Sanctuary boundary to the north off Sonoma and Mendocino Counties. In 2014 a second such cruise was conducted to explore the proposed boundary region off of Sonoma County. For both cruises, NOAA marine ecologist Peter Etnoyer and Academy curator Gary Williams were the biologists on board to produce images of the benthic fauna and to collect specimens by use of a special collecting arm on the ROVs. The depths explored ranged from 80-285 meters. New taxa of gorgonian corals were discovered and collected during the cruise, and are housed in the Academy’s IZG collections. 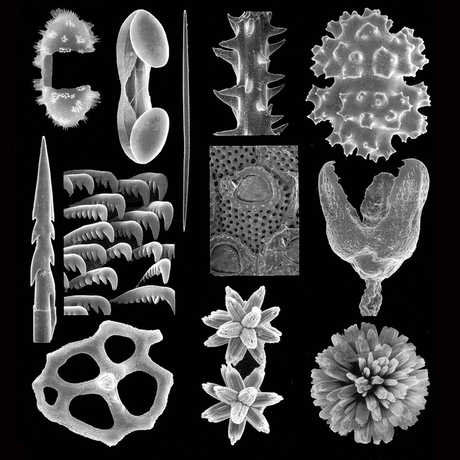 The Scanning Electron Microscope (SEM), a modern tool of science and engineering, has been used to view the intricate details of the microscopic structures (or ultrastructure) of organisms by biologists for decades. Included in this image of scanning electron micrographs are electronic "electrongraphs" of sponge spicules, a black coral skeleton, a soft coral sclerite, polychaete worm seta, radular teeth of sea slugs, individual bryozoan zooid, sea urchin pedicillaria, sea cucumber ossicles, and tunicate spicules.