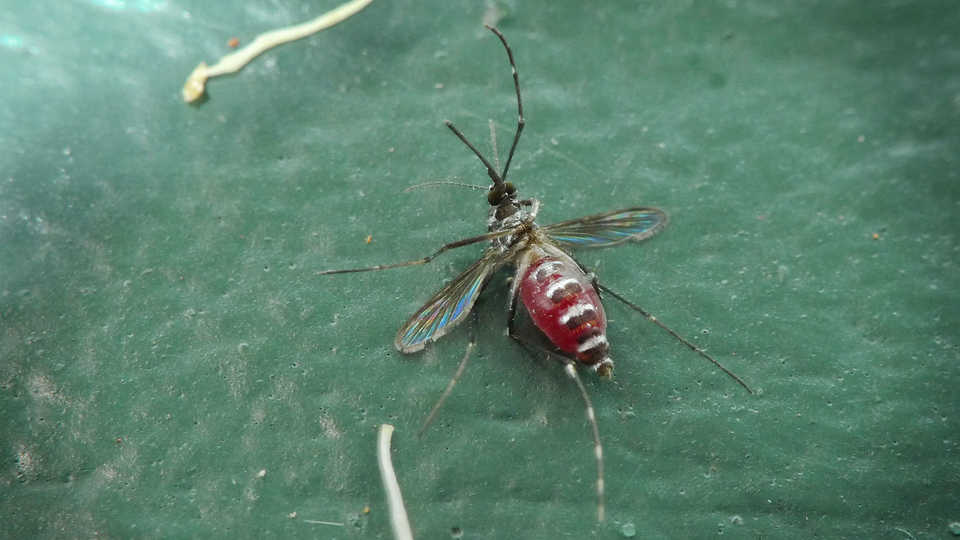 Learn more about our department's areas of focus. 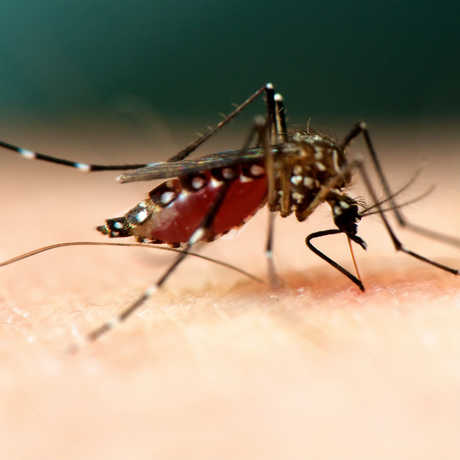 Many of the viruses that infect humans come to us from other animals—these we refer to as zoonotics.

The origins of many pathogens of humans can be traced to other animals. Some of these have become established in humans, such as dengue virus and HIV, acquired in the past from non-human primates, or pandemic swine-origin H1N1, acquired recently from domesticated animals. Others are unwelcome visitors from a shared environment: West Nile virus and the Lyme bacterium infect humans through biting arthropods that also feed on wildlife hosts; Hantaviruses infect humans through rodents attracted to our habitations; Ebola and SARS viruses spill over into humans from wildlife captured as “bush meat” or sold in wet markets.

The emergence of pathogens into human populations from other animals is almost always accompanied by evolutionary change in the pathogens. We are interested in describing these evolutionary steps and understanding their precise significance to the biology of the viruses and their ability to emerge into new hosts and cause disease. We use molecular tools to characterize the genomes of viruses over space and time, collected from a range of different hosts from mosquitoes to mammals including humans. Our work on dengue viruses, hantaviruses and influenza viruses has exposed the important roles of natural selection, migration, and recombination in shaping epidemic potential, host switching, and the evolutionary trajectory of emerging pathogens. 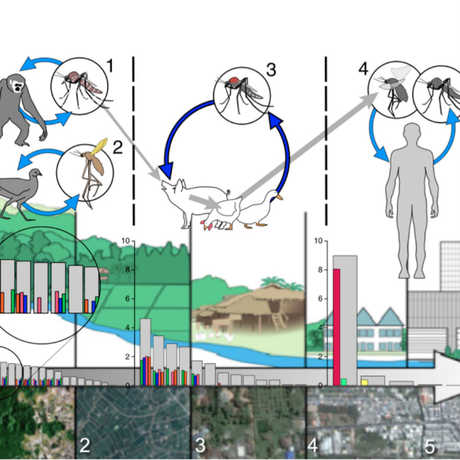 As we erode biodiversity, we threaten human health and that of the organisms we live with.

Recent years have seen the greatest ecological perturbations of our times, with high rates of species extinctions and habitat loss, extreme climate events, and the emergence of new infectious diseases that have spread globally. Biodiversity, or the variety of biological forms and functions in a system, determines the stability and long-term health of communities by virtue of the many ecological and evolutionary interactions constituent organisms depend upon. Critically, biodiverse communities can act as natural buffers against shifts in host and pathogen relationships that lead to emergence of infectious diseases in humans and other animals.

Biological complexity distributes the burden of potentially pathogenic microorganisms across species in the system, reducing ecological and evolutionary opportunities for pathogens to become dominant in any one host, thus acting as a buffer against disease emergence. From reduction of alternative hosts to simplification/modification of transmission cycles, biodiversity loss impacts disease emergence. Our own data show that known disease vectors increase with mosquito diversity loss associated with human habitat modification (Thongsripong et al. 2013). Our goal is to understand how the erosion of ecosystems changes the distribution of microorganisms and the emergence of infectious diseases.

Founded in 2011, the Department of Microbiology is the latest addition to the Academy's Institute for Biodiversity Science and Sustainability. Its creation was both a recognition of the enormous importance and diversity of microbes' roles, and a pioneering move for a natural history museum.