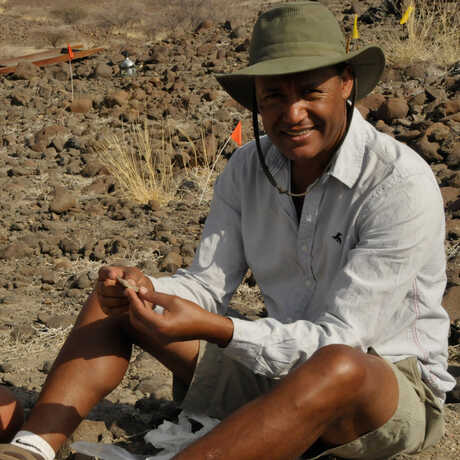 My research interest revolves around the key issue of how we became human through evolutionary processes. My research program focuses on the discovery and interpretation of hominin fossils and their environments with emphasis on fieldwork designed to acquire new data on early hominid skeletal biology, environmental context, and behavior. I also employ recently developed imaging and visualization techniques to investigate internal and external fossil anatomies.

In order to support this with new data, I initiated the Dikika Research Project (DRP) in 1999, which is undertaking multidisciplinary field research on sediments that span in age from over 3.8 Ma to less 500,000, and is addressing some of the major questions in paleoanthropology. The Pliocene site of Dikika promises to increase our knowledge of the diversity of hominins prior to the time period represented by the oldest sediments at Hadar and other east African sites, and subsequent to the radiation of hominin species after the split from the great apes. The sediments from Asbole, on the other hand, represent a time period poorly known in the region: the Middle Pleistocene. Thus the area has potential to increase our understanding of the patterns of transition from H. erectus (H. heidelbergensis) to H. sapiens.

Specifically, I am currently working in the following areas:

Description of new hominin and non-human primates.
Growth and development in early hominins.
Application of new techniques, such as CT analysis to investigate internal and external structures of hominin fossils.
Analysis of environmental and ecological factors affecting primate and human evolutionary processes. 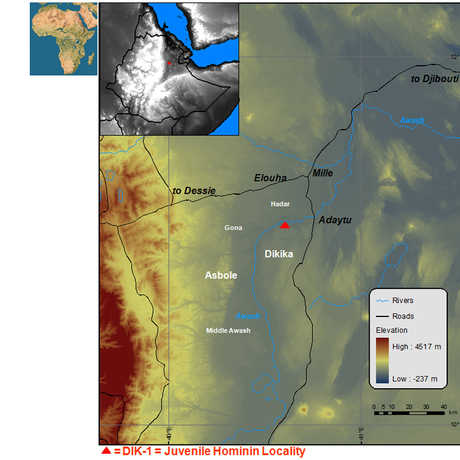 A multidisciplinary endeavor exploring key evolutionary questions about early hominins and their environments.