Learn more about who we are and what we do. 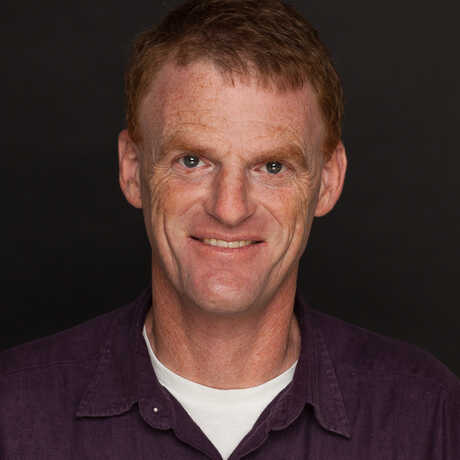 Dr. Lewin is an internationally recognized expert in the practice of emergency medicine and wilderness medicine. He has served as doctor on major scientific expeditions sponsored by the American Museum of Natural History, the Field Museum, Kellogg Foundation and National Geographic funded scientific expeditions. He is the author of several book chapters in leading texts on wilderness medicine and is a regular contributor to major, peer-reviewed publications such as Annals of Emergency Medicine, Lancet, Journal of Emergency Medicine and Wilderness and Environmental Medicine, among others. He is a life-member of the Wilderness Medicine Society and in 2010 became a Fellow of the American College of Emergency Physicians in recognition of his academic accomplishments in the field. He was director of Emergency Medicine Research at UCSF from 2003 until 2009. He is Associate Editor of Updates in Emergency Medicine. He is a popular invited speaker on his research and clinical interests in wilderness and pre-hospital medicine worldwide having lecturing on a regular basis at national and international meetings in Europe and Asia. Since 2008, he has been the California Academy of Sciences emergency medicine liaison to UCSF. He has played an active role in developing and testing protocols for the safe handling and first aid of Academy and Aquarium employees potentially exposed to venomous animals housed on Academy grounds and on display to the public. His current research is focused on the global expansion of treatments for snakebite. He is the 2017 winner of the prestigious UCSF John L. Ziegler Outstanding Mentorship in Global Health Sciences Award.

“No one should die of snake bite” is the TCR Motto.

Dr. C. Soundara Raj, is a distinguished graduate of the PSG Institute of Medical Sciences & Research at Coimbatore and a key collaborator of the snakebite project and a pioneer in the clinical treatment of snakebite. TCR Multispecialty Hospital has full intensive care capabilities, advanced cross-sectional imaging and clinical laboratory facilities. His research interests include innovations in the treatment of snakebite, early fasciotomy for snakebite and organophosphate poisoning. TCR is the premier poison care center in the region and the planned site for upcoming clinical studies.

Dr. Stephen Paul Samuel is a key collaborator with the Center for Exploration and Travel Health in research dedicated to combating death and disability from neurotoxic snakebite. He worked in various clinical specialities including Accident and Emergency, General Surgery, Internal Medicine and General Practice. He then went on to do his Masters (Molecular Medicine) and subsequently completed his PhD (Clinical Medicine); both from Trinity College Dublin, Ireland. He has been working in Nanomedicine and Molecular Imaging group, Department of Clinical Medicine since 2012. His research interest has been focussed on the interactions of engineered nanoparticles including quantum dots with components of human microvasculature: plasma, platelets and endothelial cells.

Dr. Mensh is a physician and neuroscientist working across a broad spectrum of scientific and medical ventures, including human brain imaging and neural networks. Dr. Mensh played a key role in the founding of the Center for Exploration and Travel Health in 2010 and has collaborated on several papers with colleagues at the Center, including the pivotal Clinical Case Reports experiment establishing the viability of a novel therapeutic modality for lethal neurotoxic snakebites. Dr. Mensh advises and mentors other researchers worldwide to maximize the extraction of scientific meaning from the fields in which they are working.

Dr. Toby Salz is a Board Certified Emergency physician with expertise in general emergency medicine, travel, expedition, and disaster medicine. He is a graduate of Chicago Medical School and the Alameda County Medical Center, Highland General Hospital emergency medicine residency program affiliated with the University of California San Francisco School of Medicine. He has worked in a diversity of challenging environments such as Chiapas, Mexico, Ecuador and the U.A.E.'s regional Rashid Trauma Center located in Dubai. Most recently, he served as Medical Director of the Emergency Department and ICU of Hôpital de L'Universite D'Etat D'Haïti during two medical missions to post-Earthquake Haiti. Dr. Salz remains committed to the well-being of Haitians and to supporting quality healthcare in Haiti. He is in the midst of co-founding a non-profit organization that will ultimately place its focus on treatment of patients affected with tuberculosis, HIV/AIDS, and cholera in Port-au-Prince, Haiti.

Tommaso is a graduate of the Global Health Sciences Masters program at the University of California, San Francisco. Interested in neglected diseases, wilderness medicine, and conditions caused by structural inequality, his recent research has focused on clinical trial design to test a snakebite field antidote and the factors acting as barriers and facilitators of overseas clinical trials, including Nepal and India, with a focus on opinions and needs of local stakeholders. In the past, Tommaso has worked on global health projects in Uganda and as a wilderness guide in the United States. Tommaso grew up in Italy, before moving to the US to attend college at UCLA, where he graduated with Honors.