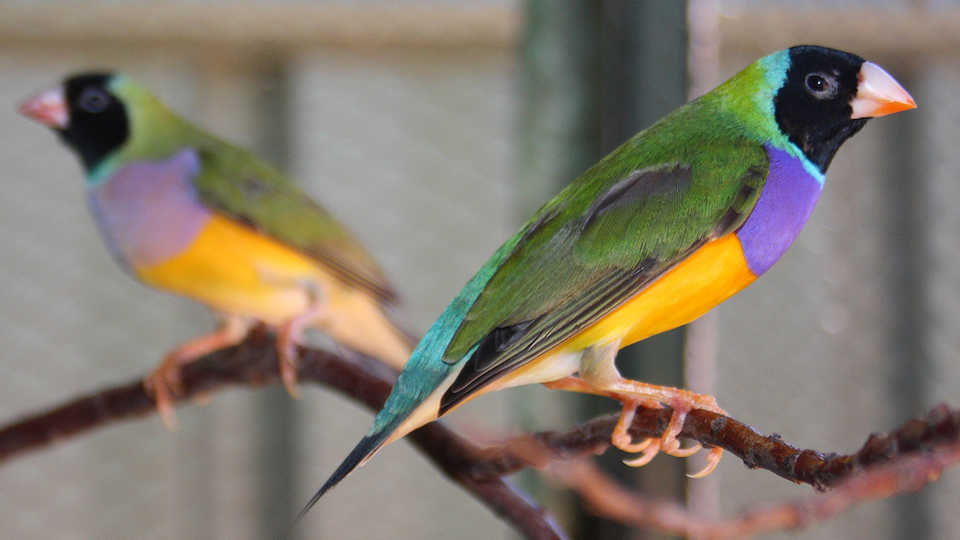 Gouldian finches are sometimes called "rainbow finches," and it’s easy to see why. These little birds are covered in a patchwork of brightly colored feathers, ranging from purple to blue to yellow to orange and more. Interestingly, the finches' head color is linked to their behavior.  In this field trip activity, students will get experience collecting animal behavior data and using it to answer a question, as well as learning about the connections between head color and behavior in Gouldian finches.

After this activity, students will:

Gouldian finches (Erythrura gouldiae) are sometimes called rainbow finches, and it’s easy to see why. These little birds are covered in a patchwork of brightly colored feathers, ranging from purple to blue to yellow to orange and more. A small flock of these colorful and charismatic birds is on display in the Color of Life exhibit at the California Academy of Sciences.

One of the more interesting aspects of this patchwork rainbow is the finch’s head color. Some Gouldian finches have black heads, some have red heads, and a rare few have yellow heads. This genetic trait is linked to some interesting behaviors. For one thing, female Gouldian finches prefer to mate with males of the same head color. This is no trivial preference; offspring of pairs with the same head color are significantly more likely to survive than offspring of pairs with different head colors. Matching head color is a visible indicator of genetic compatibility.

Head color is also linked with aggression. Studies have shown that red-headed Gouldian finches are significantly more aggressive than their black or yellow-headed counterparts. These differences seem to be related to testosterone. The red-headed finches have high levels of testosterone and act aggressively toward the other birds. As a result, the red-heads are able to fight off competitors and get the best nesting sites. However, there is a downside too; high stress and hormone levels compromises the immune system, so these birds tend to live shorter lives. Meanwhile, the black-headed finches, which have lower testosterone levels, generally lose out on the good nesting sites, but tend to live longer and healthier lives than the red-heads. These black-headed finches are the most common, making up 79% of the wild population. Yellow-headed finches are extremely rare, and also extremely non-aggressive, making it difficult for them to acquire decent nesting sites.

Studies by Sarah Pryke and colleagues demonstrating this link between head color and aggression used staged “dominance contests” to collect data. For example, in some experiments two birds would be placed in a cage together with limited access to food. The interactions between the birds at the food dish were recorded, and the bird that won control of the food dish in the majority of interactions was considered to be dominant. The data showed that the red-headed birds consistently dominated the black-headed and yellow-headed birds.

For scientists who study animal behavior, a rigorous approach to data collection is necessary in order to draw conclusions like those made in this finch study. Qualitative or narrative observations are often a starting point, building familiarity with the animals and sparking questions about the observed behaviors. However, quantitative data is needed in order to answer questions and construct robust explanations of phenomena. Researchers create rigorous data collection tools to help them record quantitative observations such as the number of times a specific behavior occurred or how long a behavior lasted. The behaviors must be clearly defined to make data collection consistent; each person collecting the data must have the same understanding of what counts as each behavior type.

In this activity, students will get experience collecting animal behavior data and using it to answer a question, as well as learning about the connection between head color and behavior in Gouldian finches.

Teacher tip: Be aware that the Gouldian finches are small birds that move rather fast; it can be easy to lose track of them as they zip around the cage. Collecting usable data will take a little patience and focus.

Now that students have had an experience collecting data about animal behavior, consider building on that experience by having them design their own simple animal behavior study. Students could observe urban animals (birds at a bird feeder, insects in the school garden, pigeons on the street, seagulls on the beach, etc.), captive animals (pets at home, a fish tank at school, etc.), or even animals on a webcam (the Academy has a few: www.calacademy.org/explore-science/live-webcams-0)

If you teach genetics (or if you are just fond of Punnett’s squares), you might find the genetics of Gouldian finch color interesting. You can explore this topic on these websites:

Planning and Carrying Out Investigations: 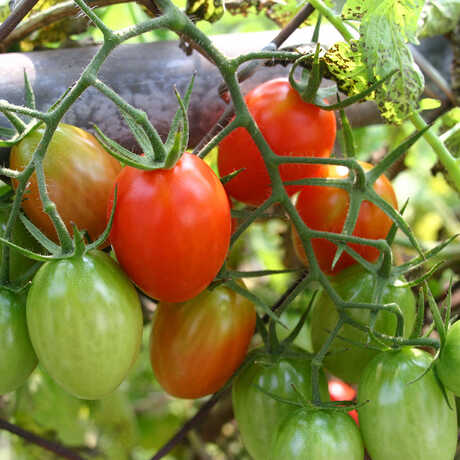 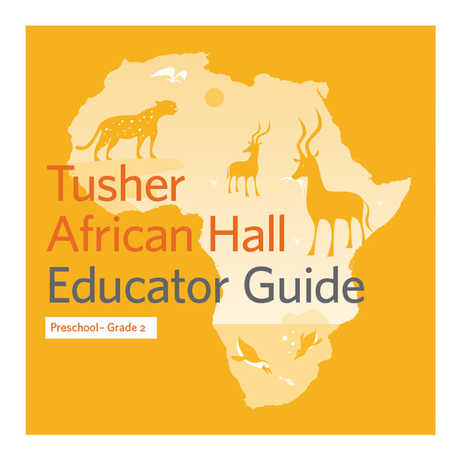 Find detailed educator guides that will help you link our exhibits to your curriculum.