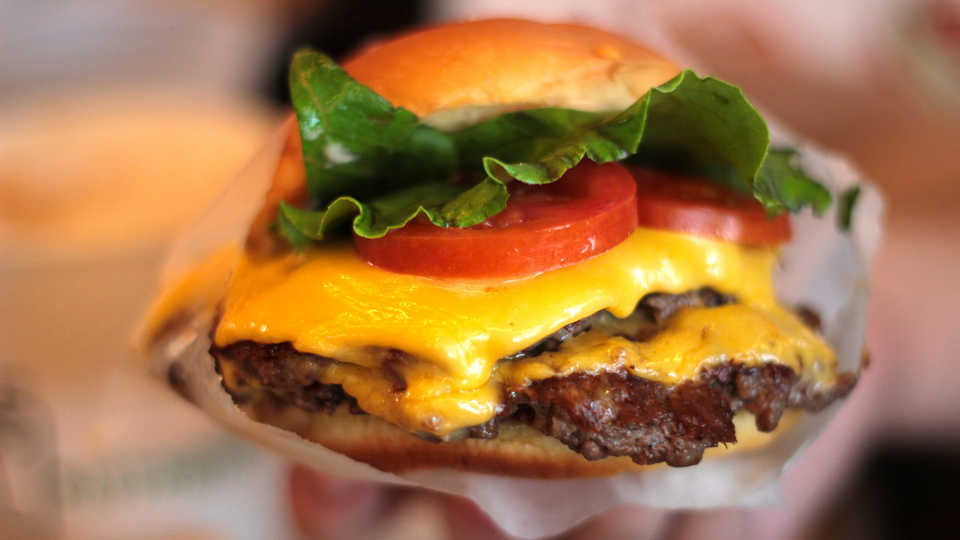 One of the things necessary for survival is water. It turns out that of all the water in the world, 97% is salty ocean water. That leaves only 3% for freshwater, which is not only used for drinking but also showering, cleaning, watering lawns, growing crop plants and producing food. How much freshwater was used to produce your meal today?

At the end of this lesson students will be able to:

This is optional, but you can use these articles to have students explore how animals and plants are impacted by the drought:

Fresh Water: water that is not salty and can be used for drinking, showering etc. Fresh water is usually found in rivers, lakes, aquifers. Oceans contain salty water.

Fresh water is a vital but scarce resource on this planet. Although three-fourths of the Earth’s surface is covered in water, more than 97% of this water is salty. Another 2.5 % is locked in glaciers, snow and ice. And that means only 0.5% is available as fresh water that we can use for drinking, cooking, growing food, and manufacturing products (Fry, 2005). With the world population increasing every year, water demand is just going to keep increasing unless we change how we use it. Scarcity of fresh, clean water affects nearly 2.7 billion people worldwide (Drinking Water and Sanitation, n.d.)

People use lots of fresh water for drinking, washing, cooking and watering lawns, but even more for producing food, clothes and electricity. The water footprint of a person is the total amount of fresh water used by that person every day. This includes direct and indirect water use. The average person in the United States has a water footprint of around 2000 gallons a day! Only 5% of this (~ 100 gallons) is our direct water footprint, i.e., water that we use for showering, cleaning, cooking and watering lawns. The remaining 95% (~ 1900 gallons) is our “hidden” or indirect water footprint – water that is used to produce the food that we eat, energy that we consume, and products that we buy (Water Footprint Calculator, n.d.).

As we can see above, a large proportion of fresh water is used for producing the food that we eat. On a national and global level, food production accounts for 50 to 70% of freshwater use (United Nations International Year of Water Cooperation: Facts and Figures, 2013). Much of this water goes towards animal agriculture i.e., raising farm animals for producing meat, dairy and eggs. If we intend to reduce our water footprint in a way that is impactful, then we should look critically at our diets in addition to our water use in the kitchen, bathroom, and garden.

Raising farm animals for meat is generally more water-intensive than growing fruits, vegetables and grains (Mekonnen and Hoekstra, 2012; Hoekstra, 2012). Foods like steak, hamburgers, and ground meat come from cattle, and raising cattle takes a huge amount of water. Beef production is especially water intensive and here’s why: A cow lives for around 3 to 5 years before it is slaughtered to produce approximately 450 pounds of boneless beef (on an average). It takes around 810,000 Gallons of fresh water to grow a single cow’s lifetime’s supply of food (alfalfa, grains, hay, pasture) and 6000 Gallons of water for the cow to drink during its lifetime. Add another 2000 gallons of water (per cow) for producing and transporting beef. That’s a total of 818,000 gallons of water per cow to produce 450 pounds of beef, or 1800 gallons per pound of beef. And that’s an average of 700 gallons of water per steak!! (Morelli, n.d.). By comparison, it takes around 100-200 gallons to produce high-quality plant based proteins such as tofu, beans and legumes. So, one way to conserve water is to eat less beef! In general, the more plant-based foods we eat, the less water, fossil fuels and other precious natural resources we consume.

Cutting down on beef is not only better for the environment but also better for our health. Reducing meat and increasing plant-based foods (whole grains, legumes, leafy greens, fresh fruits, vegetables, and nuts) in our diets has many health benefits. Plant-based foods have been shown to prevent lifestyle diseases like obesity, diabetes, heart attacks, and cancer that are often associated with a high intake of meat, especially beef.

California is a not only home to two of the most densely populated urban centers in the world (San Francisco Bay Area and Los Angeles), but is also a large agricultural state. Several large water projects provide fresh water to various regions of the state. The largely agricultural areas of Central Valley are supplied by the Central Valley Project, and Kern County is supplied by the State Water Project. The Imperial Valley gets its water from the Colorado River through the Imperial Irrigation District system. Majority of water for the San Francisco Bay Area comes from the Hetch Hetchy Aqueduct, the Mokelumne Aqueduct, the State Water Project and the Contra Costa Canal (part of the Central Valley Project). Southern California gets its water through the Los Angeles Aqueduct, the Colorado River Aqueduct, and the State Water Project. (Aquafornia, 2008) If you are from California, you can find out where your water comes from by clicking here: (http://www.water-ed.org/watersources/). California Drought and Water Crisis In 2014, after three straight years of drought, California is facing one of the most severe droughts on record. Because of extremely low precipitation in the last three years (Drought Information, 2014), water levels in the state’s reservoirs are at an all time low, with most reservoirs at less than 50% of capacity. Mountains are devoid of snow and fire-hazard has been extreme. In January 2014, Governor Brown declared a drought State of Emergency urging everyone to take all possible steps to conserve water. The U.S. Drought Monitor of May 2014 reports that most of California is suffering from conditions of “extreme drought” to “exceptional drought” (United State Drought Monitor: California, 2014).

The drought has serious implications on urban water use, agriculture, as well as water available for plants and wildlife. The following excerpt from the San Diego Free Press (2014) highlights the severity of the drought on farm and food, and its impact on consumers and the economy:

“The drought is hitting the farm industry and its workers particularly hard. The Central Valley, one of the world’s richest food-producing regions, is up against what geologists are calling the 500-year drought. Fresno County, the heart of the Central Valley’s San Joaquin Valley farm belt—and the number one farming county in the nation—may lose up to a quarter of its orchards and fields this year for lack of water. Growers in Shasta Valley were expected to have only enough water to irrigate what equals a single irrigation on about half of their acreage. The state’s farmers will leave about 800,000 acres idle this year, according to estimates by the California Farm Water Coalition, which will negatively impact the state’s entire economy. As a result, consumers can be expected to pay more at the grocery store for a wide range of staple foods. The Department of Agriculture warns that “major impacts from the drought in California have the potential to result in food price inflation above the historical average.” (Weathers, 2014)

California is home to rich and diverse wildlife that depend on fresh water for their very survival. These include a multitude of animals, birds, fish, reptiles, amphibians, and so on. Much of this wildlife is threatened and dying out in large numbers because of the severity of drought. For example, many species of the Pacific salmon migrate hundreds of miles upstream from the ocean to fresh water rivers and creeks during winter to lay their eggs. Salmon require fresh water in order to lay their eggs. However, this year most of the rivers and creeks of California are dry and the salmon are stranded in the ocean unable to reproduce (Fimrite, 2014; Marois, 2014)

“Water is a limited resource; there is only so much of it to go around. Managing California’s finite water supply in the future so that it is sustainable and reliable will require striking a balance between the three stakeholders: urban users, agricultural users, and the environment. As the state continues to grow, it’s going to require rethinking how we view and use water throughout the state, and we’re all going to have to be more efficient in how we use it.” (Aquafornia, 2008)

The items listed below indicate how the activities supports the three dimensions of the Next Generation Science Standards:

Aquafornia. (2008). Where does California’s water come from? Aquafornia Water Education Foundation. Retrieved from http://www.aquafornia.com/index.php/where-does-californias-watercome- from/

Morelli, A. (n.d.). Virtual Water: Discover how much WATER we EAT everyday. Retrieved from www.angelamorelli.com/water

Where does my water come from? Water Education Foundation. Retrieved 4/10/2013. http://www.water-ed.org/watersources/

What is a Serving. American Heart Association. Retrieved 4/10/2013 http://www.heart.org/HEARTORG/Caregiver/Replenish/WhatisaServing/What-is-a- Serving_UCM_301838_Article.jsp 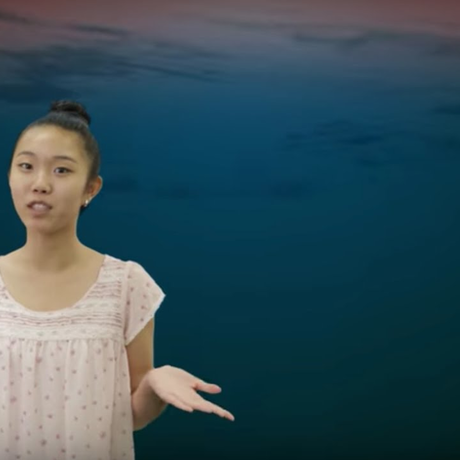 ​Did you know you can recycle waste water? 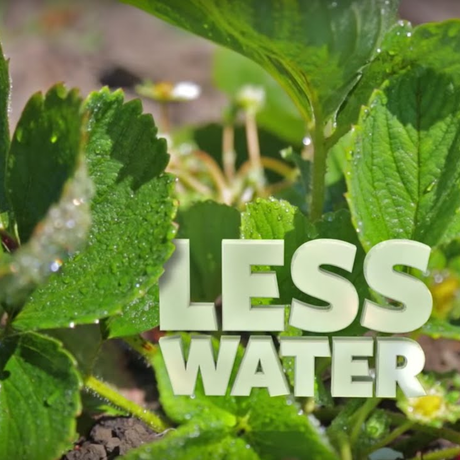 Exploring Our Growing Need for Water