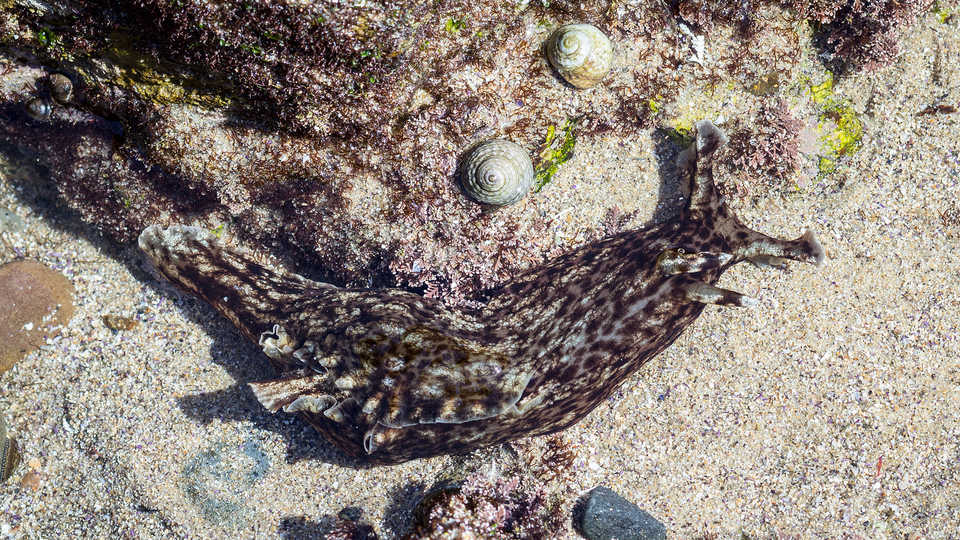 This ‘‘connected experience’’ allows students to connect their classroom learning to field trip learning, and back again. Students begin by thinking about a specific ecosystem, and what adaptations an animal might need to survive there. They then observe invertebrates in an outdoor or aquarium setting to look for evidence of how the organism uses its body parts to survive.

Teacher Tips: This scavenger hunt may be used in an aquarium or an outdoor tide pool. If you choose to go outside, consider having students wear sunscreen, and rain boots. Additionally, you may want to bring trash bags, and have students collect any litter that they find in order to leave a healthier habitat behind.

Let students know that you will be learning about how scientists construct knowledge of an ecosystem, or how animals and plants living in a general area interact with each other, and their physical environment.

adaptation: any structure or behavior of an organism that improves its chances for survival

arthropod [ahr-thruh-pod]: an animal with jointed legs, segmented body and an exoskeleton, when growing it molts (sheds old skeleton); includes the insects, crustaceans and arachnids

biodiversity: the variety of life found in particular habitat or ecosystem

cnidarian [nahy-dair-ee-uhn]: an animal with radially symmetrical body with a saclike internal cavity, and including the jellyfishes, hydras, sea anemones, and corals

invertebrate: an animal that lacks a backbone or spinal column

mollusk [mol-uhsk]: a legless invertebrate animal, typically with a soft body, and no legs

Our world is filled with an amazing diversity of creatures, and ecosystems! Many of these are hidden from human eyes because they are in the ocean. Visiting an aquarium, or tide pool is a great way to connect with these important ecosystems. Tide pools, coral reefs and kelp forests are very diverse with high numbers of plant and animal species. Diversity in these places can be comparable to diversity in rain forests (California Water Monitoring Council, 2013). Additionally, healthy near shore ecosystems can provide shoreline stability, healthy fisheries, and beautiful places to explore.

This activity will explore diversity of marine invertebrates. Each of these animals are important to ecology, some as the base of the food chain, while others are top carnivores. Energy produced in rocky intertidal habitats can also be exported to the open ocean or onto land when terrestrial predators eat tide pool animals (California Water Monitoring Council, 2013).

Although many people think of animals as only those that have backbones such as fish, birds, reptiles, and mammals, over 95% of the world’s animals are invertebrates, which lack backbones. These are things such as insects, arachnids, and sponges. Invertebrates were the first animals on the planet, with fossil evidence showing their existence for at least 600 million years. Vertebrates evolved from these animals. There is tremendous invertebrate diversity, but for the purpose of this activity, we will focus on four types of marine invertebrates that can be seen in most aquariums and tide pools: Cnidarians, Mollusks, Echinoderms, and Arthropods. (Commonwealth Scientific and Industrial Research Organization, 2008).

Cnidarians include jellyfish, corals, sea anemones, and hydroids. These animals obtain their food by using stinging structures in their tentacles to capture prey. Cnidarians have what is called an incomplete digestive tract with only one opening to both take in food and expel waste. Cnidarians are able to absorb oxygen from the water around them directly through their skin and expel carbon dioxide the same way (National Zoo, 2015).

Echinoderms include sea stars, brittle stars, sea cucumbers, and sea urchins. All echinoderms have a water vascular system with fluid-filled tube feet, which help them move, feed, and respire. They can be spotted easily because of their 5-point radial symmetry. (National Zoo, 2015)

Arthropods includes crustaceans, arachnids, centipedes, millipedes, and insects. Crustaceans respire with gills that obtain oxygen from the water around them. Crustaceans use many feeding strategies including filter feeding, scavenging, and hunting. They all have a complete digestive tract with two openings. (National Zoo, 2015)

Mollusks are extremely diverse and includes clams, snails, squids, and octopuses. Mollusks have a soft body that sometimes has tentacles, but they have never have articulated legs. Mollusks capture food in a variety of ways including filter feeding like clams, scraping algae off rocks like limpets, and stunning prey with poison like cone snails. Like arthropods, mollusks have a complete digestive system with two openings. (National Zoo, 2015)

3. Adaptations in physical structure or behavior may improve an organism’s chance for survival. As a basis for understanding this concept: (b.) Students know examples of diverse life forms in different environments, such as oceans, deserts, tundra, forests, grasslands, and wetlands.

4. Scientific progress is made by asking meaningful questions and conducting careful investigations. As a basis for understanding this concept and addressing the content in the other three strands, students should develop their own questions and perform investigations. Students will: (a.) Classify objects (e.g., rocks, plants, leaves) in accordance with appropriate criteria.

The items listed below indicate how the activity supports the three dimensions of the Next Generation Science Standards:

The materials/lessons/activities outlined here are just one step toward reaching the Performance Expectations listed below. Additional supporting materials/ lessons/ activities will be required. 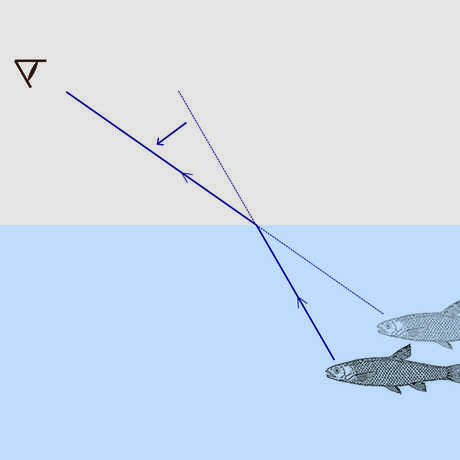 Light in Air and Water

Ask questions about the light phenomenon called refraction while you explore the Academy exhibits!