Diving on the moon

The stargazer, Uranoscopus sulphureus, eyes a potential meal passing over the muck. 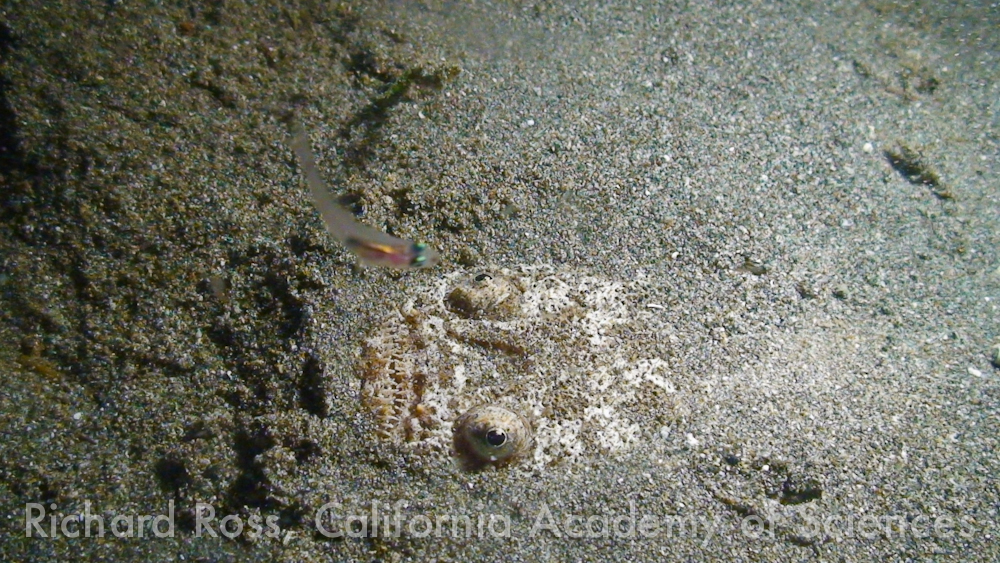 In stark contrast to the beautiful many-colored coral reefs of the Philippines, muck diving is a lot like being on the moon. You float over seemingly endless plains of desolate grey substrate. The major difference is the life; here in the ‘center of the center of marine biodiversity’ the silty muck is packed with animals. Tube anemones with commensal shrimp using their tentacles for protection dot the landscape. As you swim over the silty substrate, flatfish that were perfectly camouflaged in plain sight become visible only when spurred into motion by your passing. Feather Stars move their arms in slow motion, revealing commensal shrimp and squat lobsters hiding amongst the ‘feathers’. Venomous predators like Lionfish, Stonefish and Seagoblins hide in the muck looking for an easy meal. Ambush predators like the Stargazer lie mostly buried in the silt, just their skeletal face showing as they wait for an unlucky fish to swim by.

One of the animals that we have been looking forward to collecting for display at the Steinhart Aquarium  during the Expedition is Amphioctopus marginatus, the Coconut Octopus. This is a little octopus, with a maximum 3 inch mantle and 12 inch arm span.  It is plentiful in the Philippines, personable, tenacious, and has a habit of using found objects as temporary homes. Clay pots, bottles, tin cans and clam shells are all used as mobile homes for these octopus, complete with doors to close themselves in tightly and safely. They also will defend their homes, batting away anything that comes too close; even pushing a probing finger away with surprising strength. Sometimes they extend their arms and crawl around in the muck with their temporary home on their back, as if they are transforming into snails. All of this behavior should add up to a fantastic exhibit in the Steinhart Aquarium. Two Coconut Octopus have already arrived safely back at the Academy, and we look forward to putting them, and other animals collected on the trip, on display in the near future. 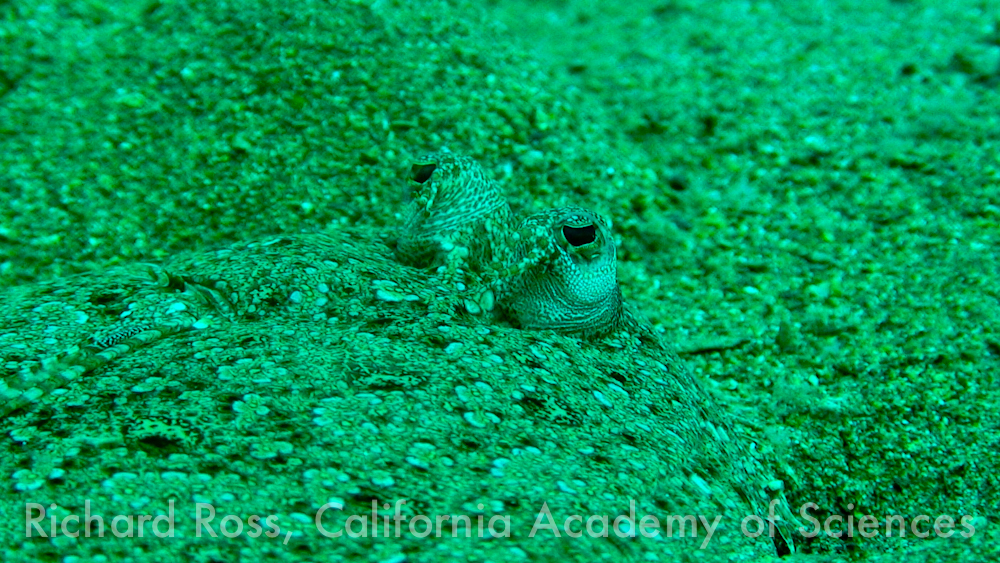 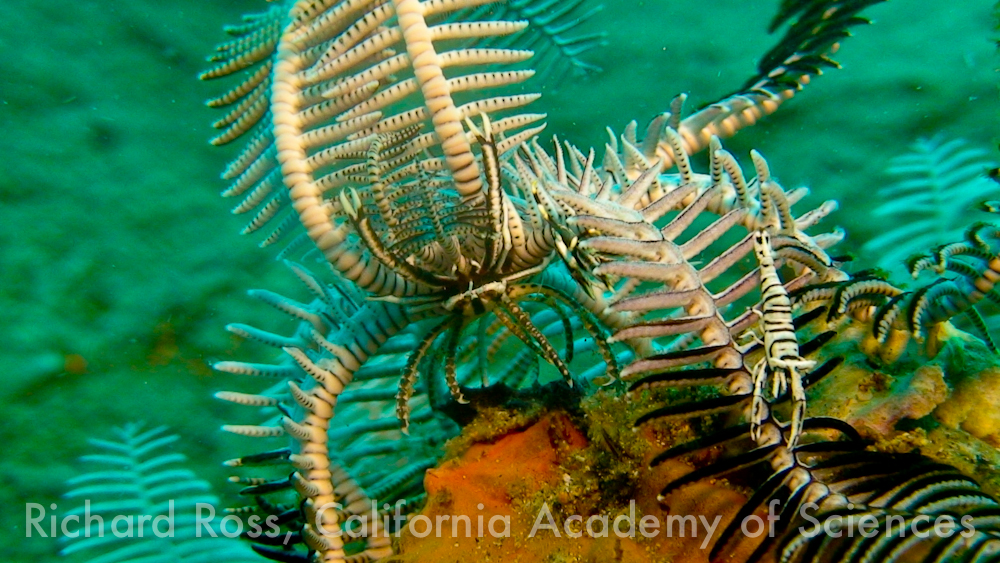