We recently digitized a series of photographs of the 1906 San Francisco earthquake from our Rixford collection for our upcoming Earthquake exhibit premiere party.

We scanned the Rixford photos because images were needed for the tickets and web site for the Earthquake Premiere Party. Only nine photos were requested for those purposes, but since the images were so compelling we decided to scan the entire collection of twenty. 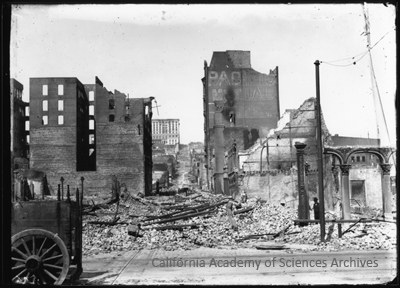 Gulian Pickering Rixford (1838-1930) was a major figure in early California agriculture, responsible for introducing the pistachio and Smyrna fig growing industries to the state. He served the California Academy of Sciences in many capacities, including Director of the Museum. He was the Librarian of the Academy at the time of his death in a train accident at the age of 92. 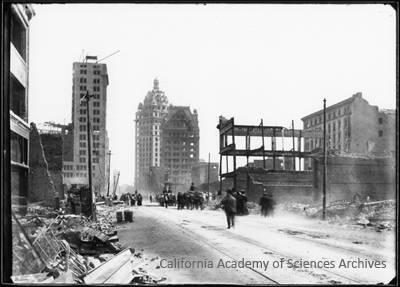 The 1906 earthquake photographs are 5x7 glass plate negatives, which present a host of scanning challenges. Fortunately we also have a set of modern contact prints that we were able to digitize instead. 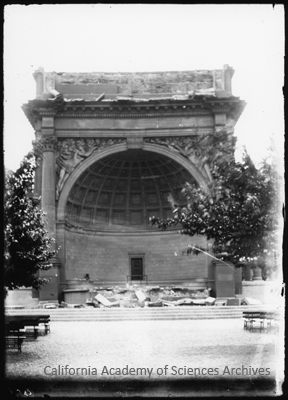 Most of the photos capture the destruction of downtown San Francisco, including landmarks like the St. Francis and Fairmont hotels. However, the collection also includes images of Golden Gate Park, Ocean Beach, and the Marina District, then home to a few frame houses and a now vanished creek. 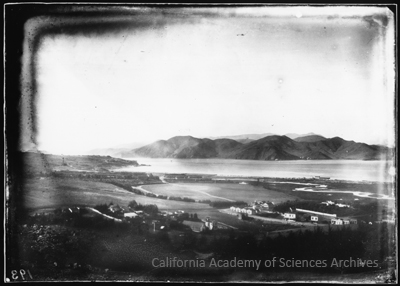 A benefit of working with huge negatives is the wealth of detail visible in these images. One notable detail is the small military prison on Alcatraz Island, since construction of the large cell-blocks didn’t begin until 1909. 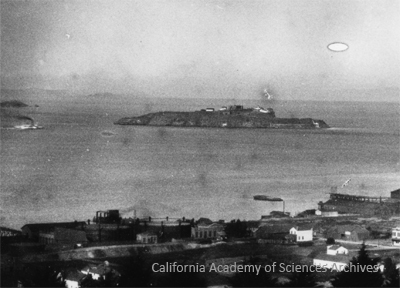