Into the Deep with Elephant Seals

Watch Into the Deep with Elephant Seals on Wednesday, May 4th at 7:30pm on KQED 9 & KQED HD on Comcast 709 or online at www.kqed.org/quest.

Thousands of northern elephant seals – some weighing up to 4,500 pounds – make an annual migration to breed each winter to Año Nuevo State Reserve, a jagged stretch of coastline in San Mateo County.  For decades, they’ve caught the eye of the marine biologists who are using high-tech tools to plumb the secrets of elephant seals, marine mammals that live mostly underwater.

Several months ago I was approached by a producer from KQED who was working on a QUEST episode about elephant seals. He was interested in historical images of elephant seals and we were able to supply images from the 1922 Guadalupe Island, Mexico expedition and the 1932 Templeton Crocker Galapagos expedition.

In 1922, the Academy partnered with the government of Mexico, the National Geographic society, and the San Diego Society of Natural History to study the elephant seal, the fur seal, and southern sea otter on Guadalupe Island, Mexico. The previous year the Committee on the Conservation of Marine Life of the Pacific, part of the American Association for the Advancement of Science, suggested we study these animals so they could issue recommendations for conservation efforts.

The KQED QUEST episode airs this week and we are all excited to see which photos were used in the show. 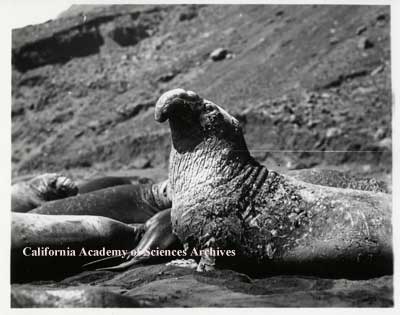 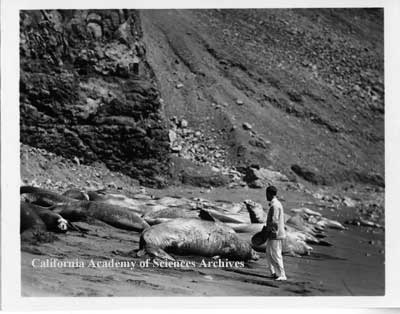 Expedition member on beach from the 1922 Guadalupe Island Expedition collection. 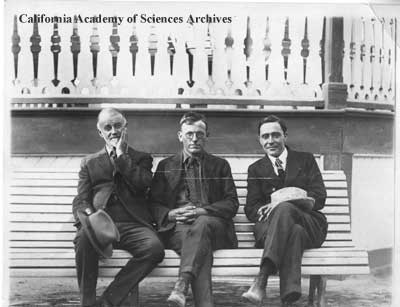 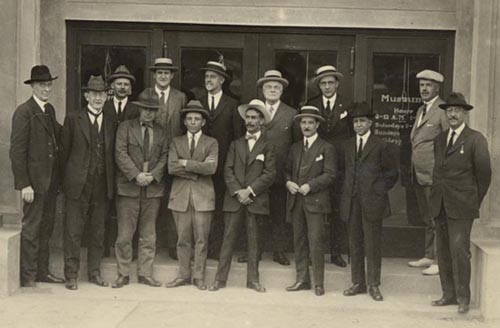