An Eye on Evolution February 2009 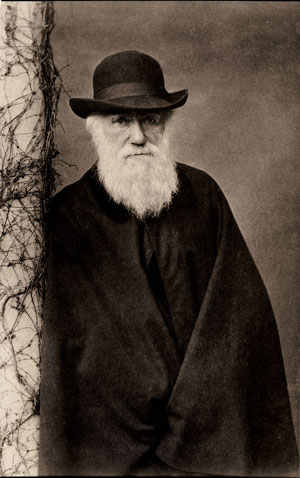 Charles Darwin's On the Origin of Species was published 150 years ago. It revolutionized biology, introducing the concept of evolution through natural selection. His ideas helped shape the foundations of evolutionary biology and continue to spark debate today. Delve into the books and media below to learn more about Darwin and evolution.

Read an engaging book or seen a fabulous movie about evolution? Share the title and why you liked it with us below in our comments section. 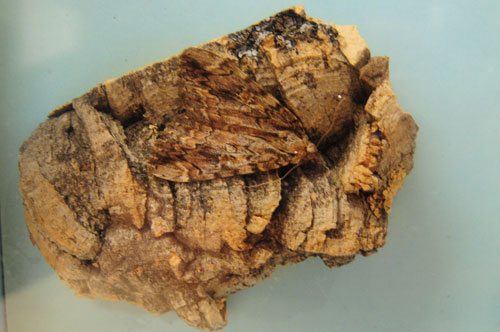 The North American underwing moth (Catocala species) readily blends in among the bark it rests upon during the day. In the past, those individuals that didn’t hide themselves as well were plucked off by hungry birds, leaving behind the mottled brown moths that did a better job of going undetected. If camouflage wasn’t enough to fool curious predators, most underwing species have also developed colorful underwings to startle them. Exposing hidden orange, red, or white splashes of color either gives the moth a few spare seconds to flee or scares away the potential threat. 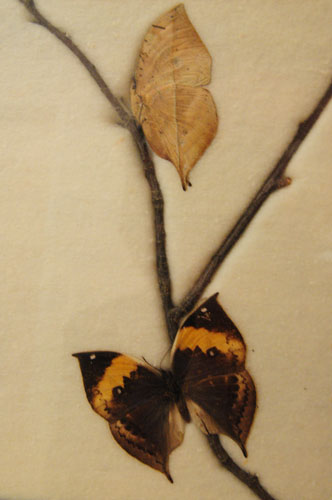 This Indo-Australian butterfly (Kallima inachus) has evolved a more impressive way to go incognito. Its dull brown wings are dead ringers for dead leaves, even down to some of the finest details. A false midrib extends right along the middle of the mimic’s wings, while the bottom tips resemble a leaf stem. The wings even have a few seemingly nibbled-upon holes, crunched edges, and small fungus-like dark patches. Like the underwing moth, the dead leaf butterfly also has a flashier side. Its undersides reveal bright yellowish orange with shimmering indigo.

Naturalist Alfred Russel Wallace was particularly amazed by the various dead leaf butterflies he found on his travels. They were “the most wonderful and undoubted case of protective resemblance in a butterfly” he had ever seen. Their mimicry is part of what helped shape his theory of natural selection, which he codiscovered with Charles Darwin.

Want to find out more about Alfred Russel Wallace, Charles Darwin, and how organisms have adapted to their environments? Visit: