A Tale of Two “Flies

“True” flies belong to the order Diptera, which means two wings, which all true flies possess. The second pair of wings which most other insects have has been reduced to a pair of knob-like structures called halteres, which vibrate rapidly in flight and act like gyroscopic stabilizers. True flies include such creatures as gnats, midges, mosquitoes, crane flies, house flies, horse flies, robber flies, etc. There are, however, quite a few insects referred to as flies, though they do not belong to the Diptera. These include such animals as butterflies, dragonflies, fireflies, and one of the groups I am going to talk about today, the lanternflies. 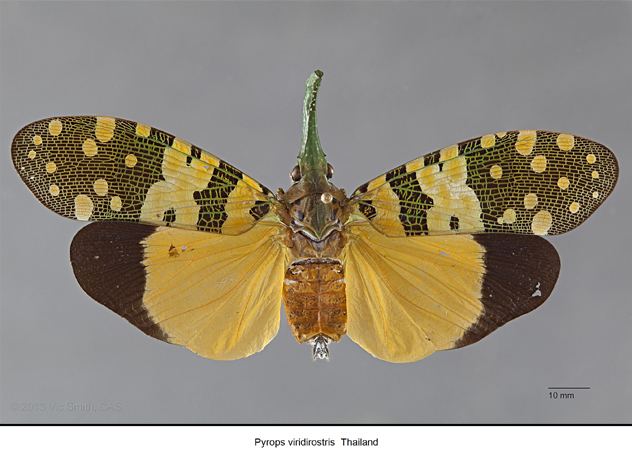 Lanternflies are part of a group of insects in the suborder Homoptera generally called plant hoppers. These insects use piercing beaks which they stick into stems and twigs to feed on plant juices. The lanternflies often have beautifully colored and patterned wings, and the front of their heads is often expanded into a large bulb or snout. Because of their brilliant colors, it used to be thought that they glowed in the dark, hence their common name. They don’t glow, but they can be extraordinarily beautiful. Lanternflies are active at night, feeding. But why have bright colors if you only are active at night when you can’t be seen? During the daytime, lanternflies rest on the trunks of trees, with their colorful wings folded out of sight. Their bodies blend in well with the colors and patterns of the trunks, but when a predator gets too close, they will suddenly open their wings, and the flash of color acts to startle potential predators. 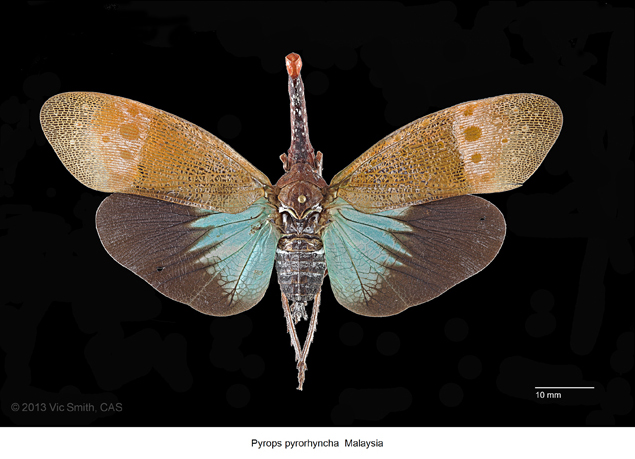 Now, back to the true flies, which for the most part contain some of the most commonly encountered and familiar insects, like house flies and mosquitoes. There are many thousand species of flies, many of them quite common and easily recognized for what they are, although several groups like the flower flies (Syrphidae) have a tendency to look like bees.  There are, however, some flies that are very odd, and some that are quite rare. The featured fly this week is both extremely odd, and extremely rare. 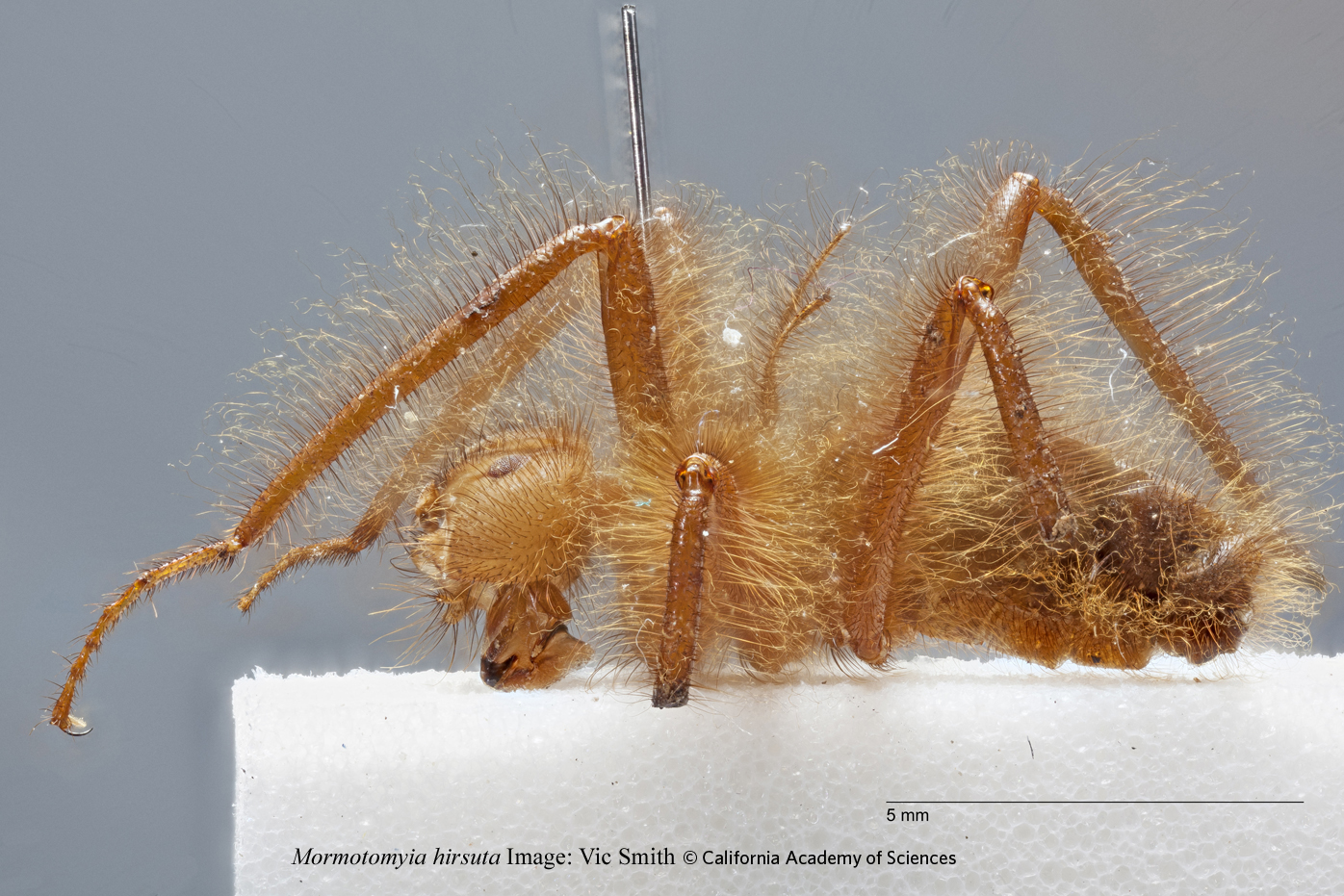 Back in the 1930’s, an explorer in Kenya discovered a strange, apparently flightless fly that was covered with dense hair. At first look, they thought it might be a spider.  These creatures and their larvae where in a crack in one single boulder, inhabited by bats, who had deposited their guano. These flies have been found nowhere else in the world, and were not observed again till they where found again at the same location, more than 60 years later! The 2 wings have been reduced to hairy straps, the eyes very small, not at all resembling the normal idea of a fly. This oddity goes by the name Mormotomyia hirsuta. 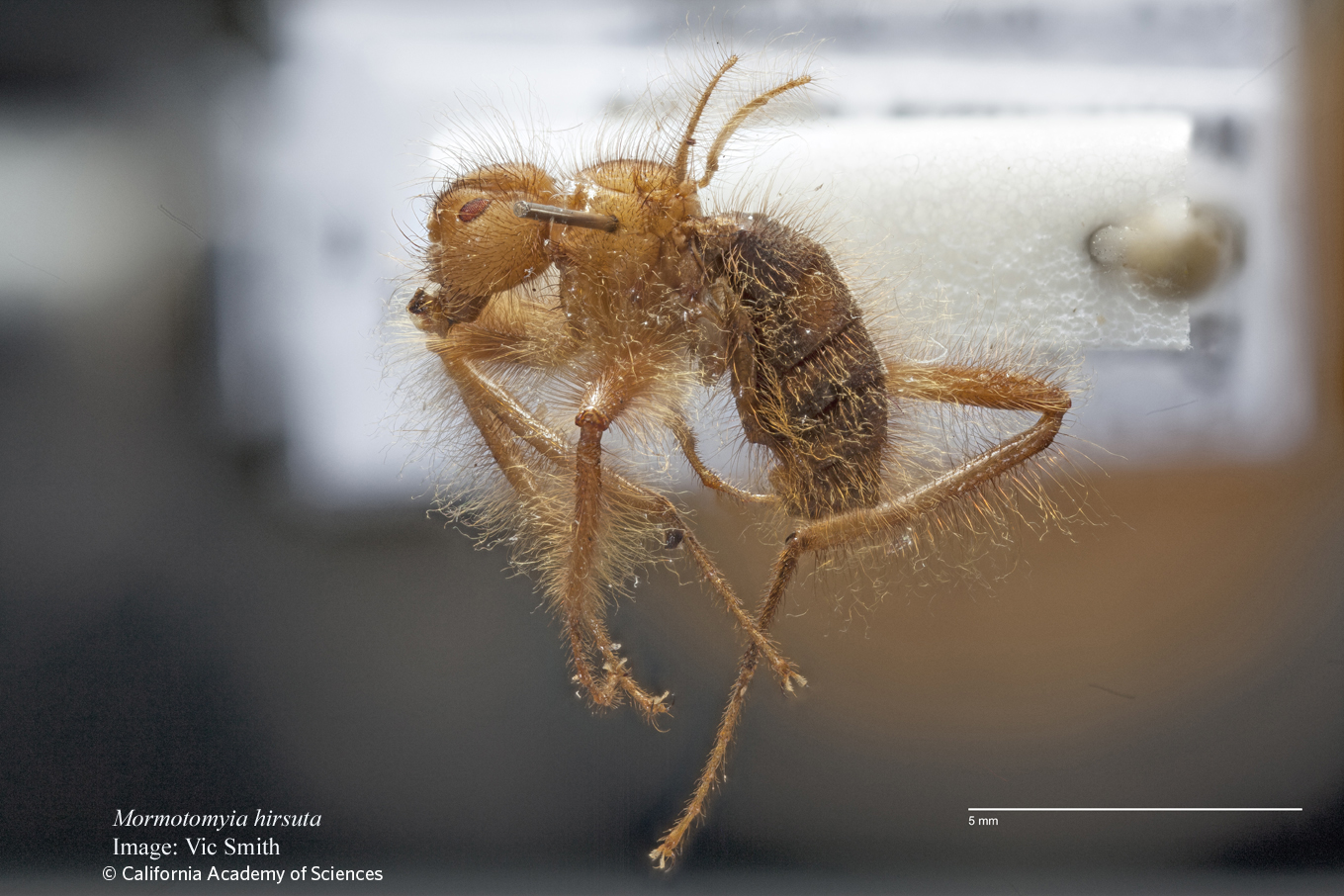 That’s it for this week’s blog, I will be back in about another month with more things strange and beautiful from the project lab.