Extinction is Forever: Gone but Not Forgotten II 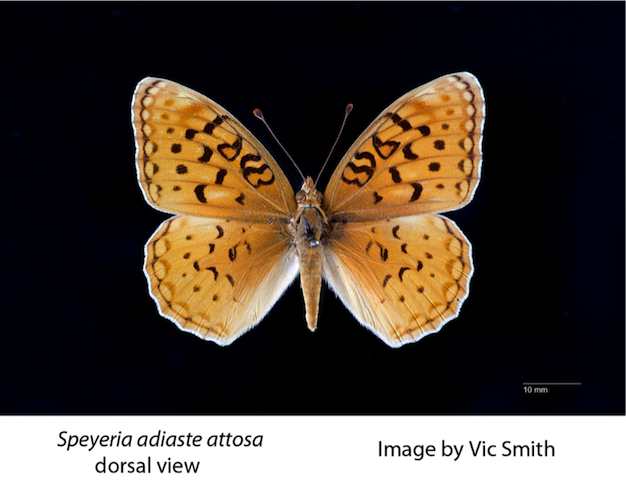 In my last blog I discussed the Xerces Blue butterfly, a California native with the distinction of being the first known insect species to go extinct in North America as a result of man’s activities.  This week I will pay tribute to two more butterflies that appear to have joined the ranks of animals that have disappeared from the face of the earth.

The first is the Unsilvered Fritillary, Speyeria adiaste atossa, a former common resident of Southern California, once found in the Tehachapi, Tejon and San Jacinto mountain ranges, last observed and collected around 1960.   In this case, the cause of extinction is not entirely clear, and may not have been a direct result of the activity of man.  These butterflies are found near the tops of mountains, and loss of habitat due to development is not a likely cause. This species and its related subspecies feed on wild violets, which do not seem to be in decline. Some workers think that massive droughts in the mountains in the late 50’s may have weakened the population and made them susceptible to disease. Two more northern subspecies found in the Santa Cruz and Santa Lucia Mountains (Speyeria adiaste adiaste and Speyeria adiaste clemencei) also appear to be in rapid decline, but they have not yet been listed as endangered. 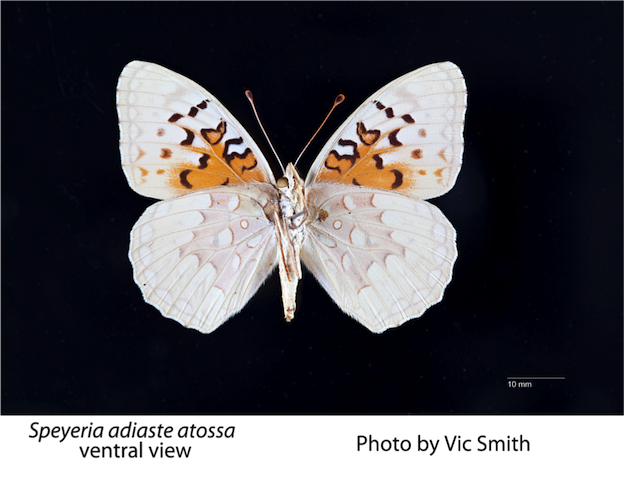 While the subject of my last blog, the Xerces Blue, was the first North American species to be officially listed as extinct by the U.S. Government, it appears that it was beaten out by an earlier extinction, that of Boisduval’s Satyr (Cercyonis sthenele sthenele). There is little mystery as to why this butterfly disappeared from San Francisco in the 1870’s… it was forced out by loss of its hilltop grassy habitats as the city rapidly expanded after the gold rush.

Prior to the 1906 earthquake, California Academy of Sciences had a good collection of specimens of this species, which were lost in the fire that followed the quake. The specimen shown is the only one now in our collection, with other specimens found in our National Museum in Washington D.C.  This specimen was collected around 1855 by Pierre Lorquin, an amature butterfly enthusiast who came to California for the Gold Rush. He sent specimens to Dr. Boisduval in Paris, who named the species. Years later, the entire Boisduval collection was purchased by Dr. Barnes, an American lepidopterist who donated this specimen to the Academy. 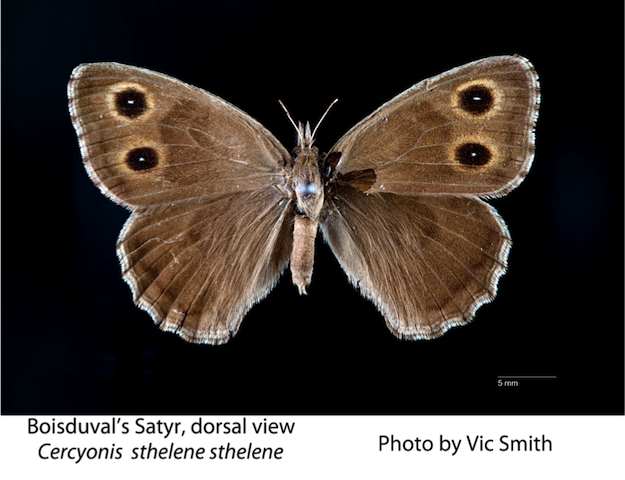 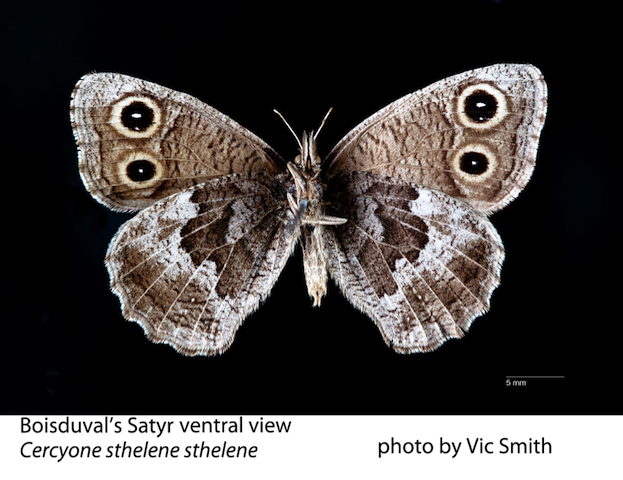 Next time I will explore more endangered/extinct California Insects.