On September 1st of this year, Entomology Curator Emeritus Dr. Edward S. Ross will turn a young 97 years old! Ed started his Academy career in 1939, and became Curator Emeritus in 1980. As I was photographing spider type specimens, I came upon a specimen collected by Ed in Berkeley in 1936!

For the past 60 years or so, Ed has traveled the globe as a major explorer and collector, visiting and collecting in the Americas, Africa, India, Asia, Australia, the Philippines, the Middle East and tropical Pacific Islands. 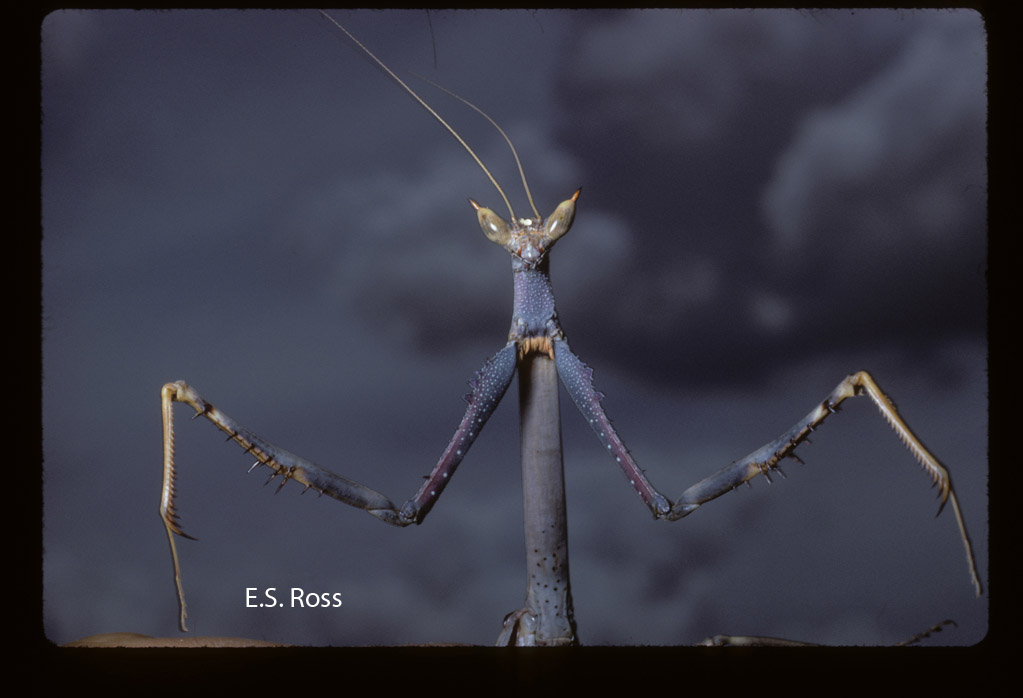 Ed is the world’s foremost authority on the little-studied group of insects known as embiids or webspinners, primitive insects that spin silk for their nests from glands in their front legs.  He has collected thousands of these insects for study, often raising them live in culture to better study their life habits. Ed is also a world-renowned photographer, pioneering in insect macrophotography since the 1950s. He has documented his world travels, photographing insects, wildlife, amazing scenery and fascinating portraits of people, many of which have been published in National Geographic and other magazines, textbooks and publications, including children’s books. 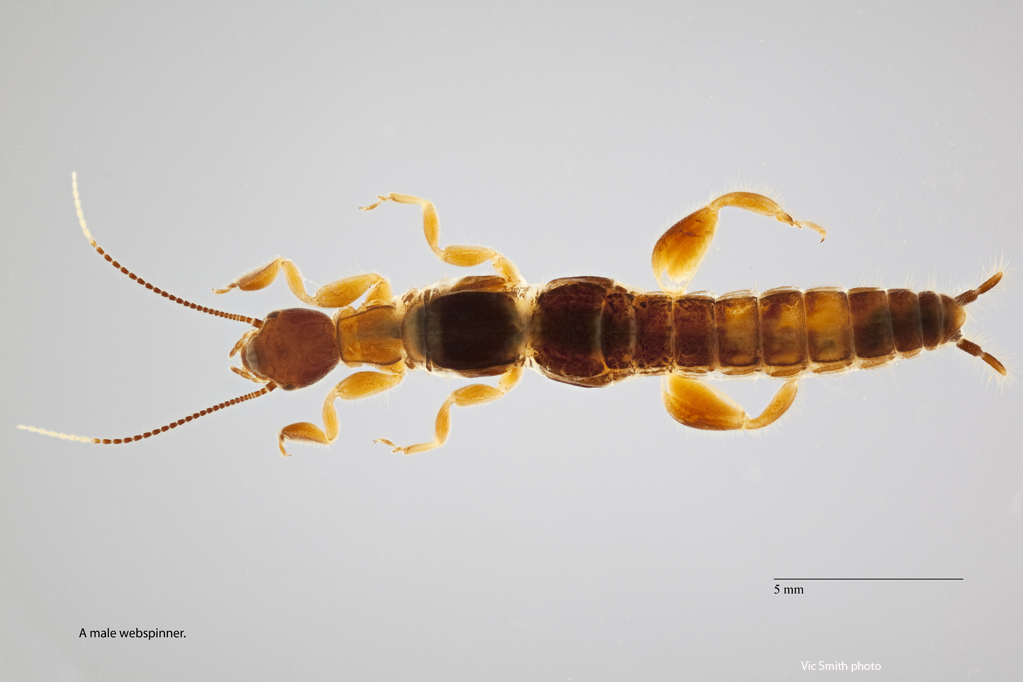 Ed’s knowledge of insects and their behavior is amazing, and he has inspired many budding entomologists and students. The Academy Board President and entomologist John Hafernik once served as teaching assistant to Ed when he taught entomology at UC Berkeley.

In my role as curatorial assistant and imaging specialist here at the Academy, I access many areas of our entomology collection to prepare loans for researchers and to produce images for our databases and publications. I am often amazed at the number of specimens of all types of insects, spiders, scorpions and other invertebrates in our collection listing Ed as the collector. Some estimates are that he may be responsible for up to 1/3 of the 13 million insects in our collection!

While Ed is no longer actively collecting, he continues to work on producing books and publications, and continues his research on embiids. 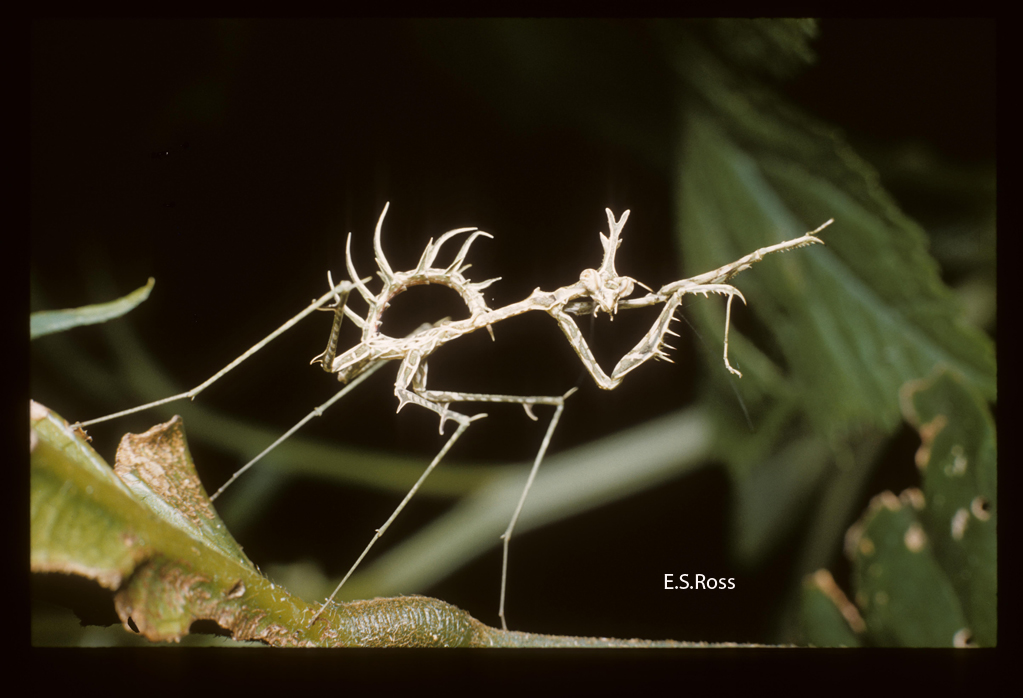 Happy Birthday Ed, and many returns!