Ernest Shackleton is a central figure to my Long View Project which draws heavily on his Nimrod Expedition at Cape Royds. So I've been reading more about him (and by him) to gain insight into his legendary status in history. Most recently I read Alfred Lansing's Endurance: Shackleton's Incredible Voyage which became a bestseller on its publication in 1959. Still in print, it's perhaps the most popular book about Shackleton ever written. 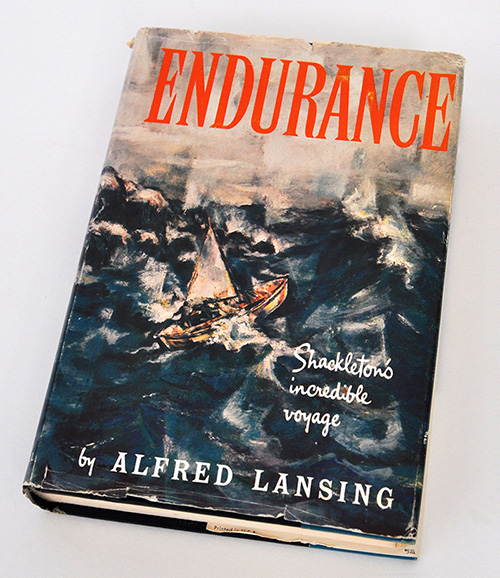 A brief synopsis, spoiler and all: Lansing's story opens with a ship's demise in the frozen Weddell Sea; its crew of 28 evacuate onto the pack ice that is crushing their vessel. The stranded party, we learn, is Shackleton's Imperial Trans-Antarctic Expedition of 1914–17 (better known as the Endurance Expedition) whose initial objective was to attempt the first land crossing of Antarctica. Denied of even reaching land, the Endurance crew quickly shift their sights to surviving atop drifting ice floes. Months later as the ice breaks up, they take to three lifeboats which they'd mercifully salvaged from their ship before it sank. In the face of relentless hardship and weather, the team, still miraculously intact, reaches tiny Elephant Island in the sub-Antarctic Ocean. They are on land for the first time in 497 days but the isolated frozen crag offers no hope of passing ships or rescue. Consequently, Shackleton sets off with five of his men in the lifeboat James Caird for South Georgia Island to bring relief. The 800-mile journey succeeds against all odds, but lands them on the uninhabited side of the mountainous island, necessitating the first overland trek ever to the other side. Through more ice and snow, this too they survive — barely. By this time winter has set in, surrounding Elephant Island in ice. Another four months pass before Shackleton can access it by rescue ship. When he does, he finds his entire party still alive, concluding one of the most incredible survival stories of all time. 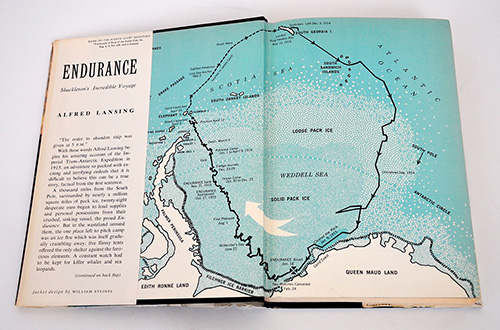 Alfred Lansing wasn't the only one to chronicle the Endurance adventure. Shackleton and at least four of his crew members published accounts of the voyage upon returning home, and there's been a steady flow of literature since. But Lansing's narrative stands apart for the sheer amount of research involved in piecing it together. According to his publisher, Lansing consulted with ten of the surviving expedition members and gained access to diaries and personal accounts by eight others. It shows in the nuanced descriptions of the men and their personalities, opinions, emotions, and relationships. These real-life human perspectives color the story, move it forward, and lend credibility to an extreme tale that could otherwise pass for fiction. With Shackleton at the center of each unfolding drama, a comprehensive profile of his leadership emerges: 'The Boss,' as his men called him, was immensely respected for his generous character and principles of fairness. He shunned preferential treatment and partook in the grunt work equally. His ability to remain positive and decisive under the most challenging circumstances brought out the best in his team, and he maintained morale by keeping everyone occupied and essential to the effort. Perhaps most importantly, he possessed a sense of humanity that placed his crew's mental and physical well-being ahead of all else. Which isn't to say that The Boss was infallible. He made his share of misjudgements along the way which Lansing readily points out. Readers may wonder why the voyage proceeded at all, given that the Weddell Sea's ice conditions that year were the worst in memory and that veteran whalers there tried dissuading Shackleton from sailing until the following season. My guess is that quitting simply went against Shackleton's grain. Also, the trip was a limited-time opportunity: World War I was just erupting, reducing the chance of another try at the expedition anytime soon. And most certainly, his assessment of the situation differed from that of the whalers. As his granddaughter Alexandra points out: "He was a very practical person, and he would have never attempted anything that he thought could not be done. The main reason was that, above all, he had the lives of his men to consider." 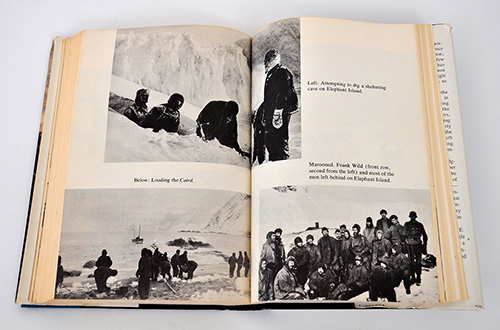 The first edition of Endurance: Shackleton's Incredible Voyage is shown in the photos above. It was published in 1959 by McGraw-Hill New York and Hodder & Stoughton, London. It's desirable for the annotated endpaper map and a collection of captioned photos by expedition photographer Frank Hurley. A subsequent edition published by Carroll & Graf (1986/1996), pictured below, lacks the map and interior photos. The latest edition, issued by Basic Books (1999), announces a map and illustrations as part of the package. 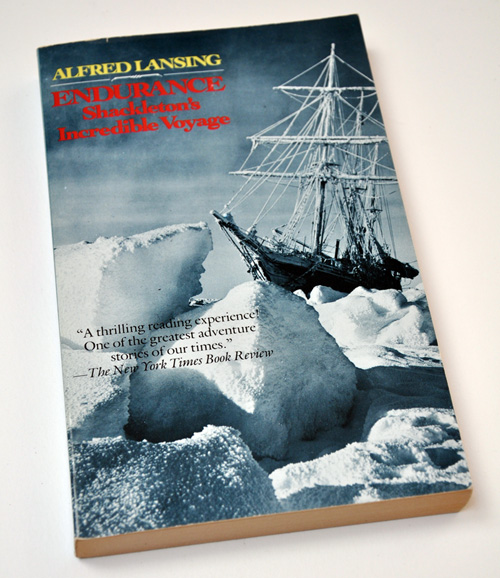 Expect a wave of interesting new print and online material to emerge as the Endurance centenary approaches. There are a number of exciting events and celebrations in the works too, including adventurer Tim Jarvis's Shackleton Epic which will attempt to recreate the journey from Elephant Island to South Georgia in a replica of the James Caird using similar materials, clothing, food and equipment to that of the 1916 crossing. It should be a good one to follow.