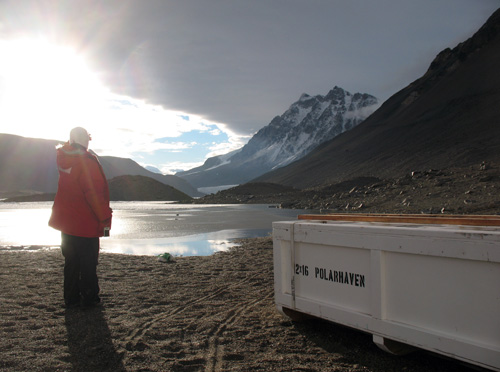 For many, the word "Antarctica" brings vast ice-covered fields to mind. Rightly so, for that's what most of Antarctica is. But many scientists take special interest in the remaining 2% of the continent known as the McMurdo Dry Valleys here in the Transantarctic Mountains. The Valleys receive the equivalent of only 6 mm of water on average each year in the form of snow, making them among the most extreme deserts on the planet. This ecosystem's unique processes, biodiversity, and response to climate change attracts scores of researchers to Lake Hoare and surrounding Taylor Valley each summer season. 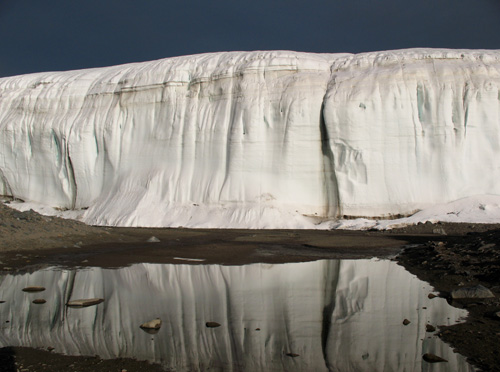 Lake Hoare is situated alongside Canada Glacier, looming like a frozen tsunami in the midnight sun. Katabatic winds push clouds about relentlessly, creating dramatic shifts in light across the sky. This is one of the most spectacular locations I've ever seen, let alone camped in. 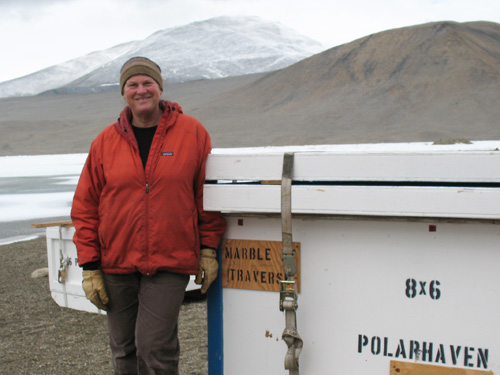 I was welcomed by Rae Spain, Taylor Valley camp manager. This is her 11th year at Lake Hoare, the main support camp for Lake Bonney, F6, and Fryxell field camps in this southernmost of three Dry Valleys. (See a map of all field camps here.) 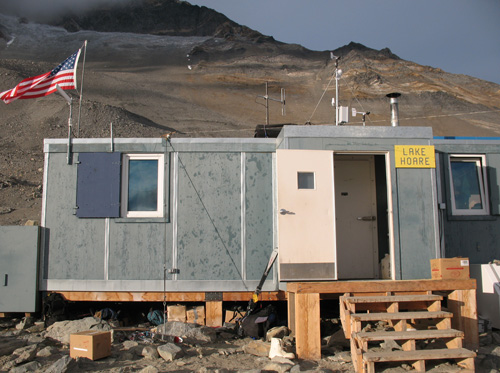 Operating out of this main hut, Rae provides her field camps with basic maintenance and arranges for labs, fuel, propane, waste disposal, construction and many other needs. Her job in looking after all these things, she explained, is to allow scientists to focus on their research. 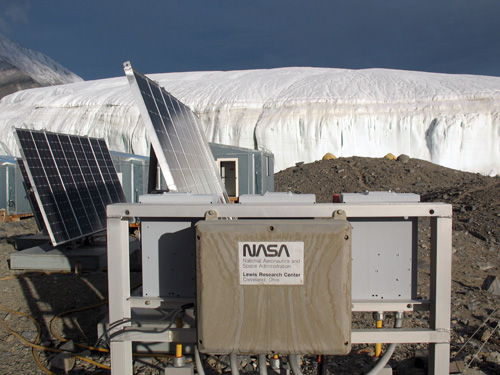 Her operations are powered almost entirely by the sun. The use of generators is minimal, totaling less than 40 hours per year. Because so little fuel is used, Rae has had to order it just once in her 11 years at Lake Hoare -- and that was only because fuel caches are required to be replaced every 7 years. The solar panels were donated by NASA which has a large Antarctic presence and whose research is largely linked to extra-planetary applications. The ENDURANCE underwater bot is among the most fascinating of these projects taking place right here in the Dry Valleys. 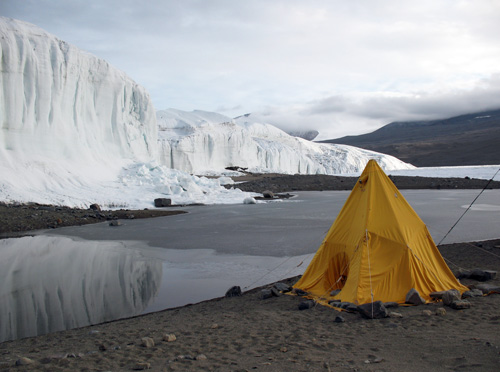 Rae gave me a tour of the campsite and allowed me to pick a tent to my liking. I picked a Scott tent whose entry faced the glacier -- a nice sight to wake up to. The camp was relatively quiet; Lake Hoare hosts an average of 8 people at any given time, with a maximum of 15. 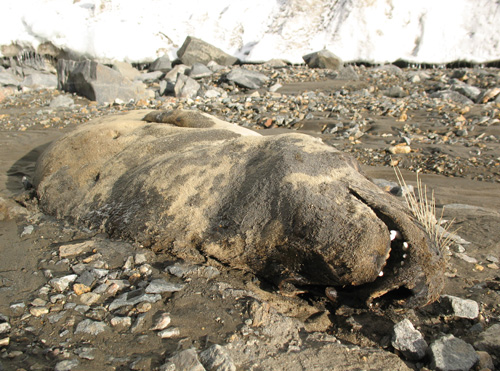 There are no mammal colonies here and the lost souls that wander into the Dry Valleys may not find their way out. This mummified crabeater seal came up in the winter of 2003, Rae said. It will take a very long time to decompose in the cold, dry air. Some intact seals in the Valley are believed to be over 1,000 years old, but carbon-dating them precisely is difficult. 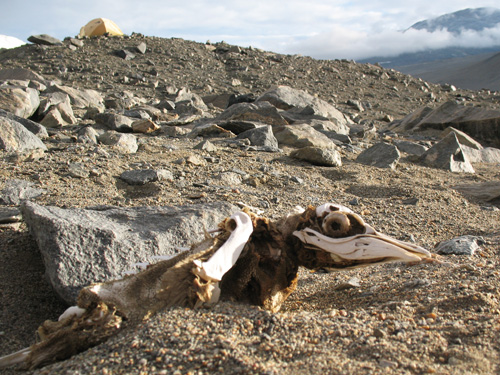 An Adelie penguin carcass lays exposed near the entrance to my tent. Sometimes he lays covered in snow but this evening he's enjoying the mild weather, bones bleaching in the sun. This one, Rae says, has been here for at least 15 years and was likely picked apart by scavenging skuas. He looks as if he's still up and about, with his raised head and watchful eye sockets. Tomorrow we'll take a look at Lake Hoare's waste disposal system and take a hike alongside the glacier. See you then.