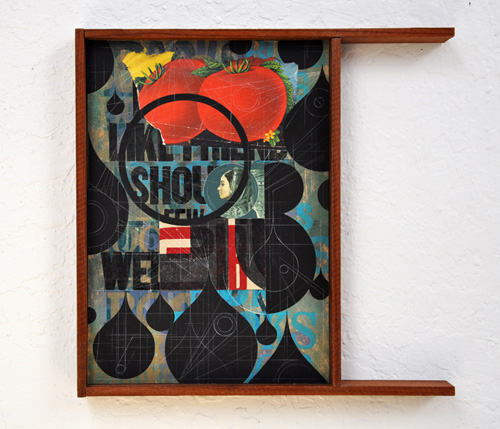 My latest piece takes the Food Growth Chamber at the Amundsen-Scott Station for its subject. I touched on this curious greenhouse in a South Pole blog post a while ago, and thought it worth elaborating on a bit more. The Growth Chamber is a semi-automated, computer-controlled, self-contained environment in operation since 2004, growing a variety of edible plants for research base residents and providing the only source of fresh fruit and vegetables for the winter crews' 8-month stretches of isolation. Crops that thrive in this bright, humid space include lettuces, Asian greens, kale, chard, spinach, herbs, cucumbers, tomatoes, peppers, eggplants, strawberries, cantaloupes, and melon vines, among many others. Built by the National Science Foundation and developed under a NASA grant, the 70-cubic-yard space grows plants hydroponically using nutrient-rich water without soil or natural daylight. The technology of hydroponics allows the tailoring of temperature, humidity, lighting, airflow and nutrient conditions to get the best productivity out of plants year round anywhere in the world. And in worlds beyond as well, as the system serves as a prototype for future plant growth systems — and oxygen generators — for human colonies in outer space. The chamber can also be seen as a model for growing crops in vertical farms in densely populated cities. With an estimated world population increase of 3 billion people by 2050, of which 80% are projected to live in urban areas, scientists see many benefits to hydroponic vertical farming. Examples include the reduction of transport and carbon emissions with local food production; reduction of pesticide use through controlled growing environments; protection of crops from weather-related problems; increased crop production through year-round farming; and conservation of natural resources by reducing the need for new farmland.

The South Pole greenhouse is operated remotely by the University of Arizona Controlled Environment Agriculture Center. Manager Lane Patterson refers to the chamber as a ‘growbot’ — a robot that grow things. He accesses it via computer and camera, assisting an on-site operator electronically. According to Patterson, the growbot requires about 140 liters (37 gallons) of water, sequesters about one kilogram of carbon dioxide and uses about 281 kilowatt hours of energy (equivalent to eight gallons of gasoline) per day. In turn, it yields about half a kilogram of oxygen and six kilograms of biomass (raw plant matter) daily. That translates to a little more than a half-pound per person per week, providing fresh organic salads to 'Polies' on a regular basis. My collage features tomatoes from a vintage produce label pasted on letterpress makeready with cut paper and graphite. Presiding over the hydroponic harvest is a likeness of Annapurna, Hindu goddess of plenty and nourishment. The wood frame alludes to planter boxes, produce crates, and of course plants themselves. The assemblage appears in Scott Massey's RRR Project featuring art inspired by recycling, sustainability, and environment themes. The latest issue, RRR.003, is viewable in free downloadable ezine format here.