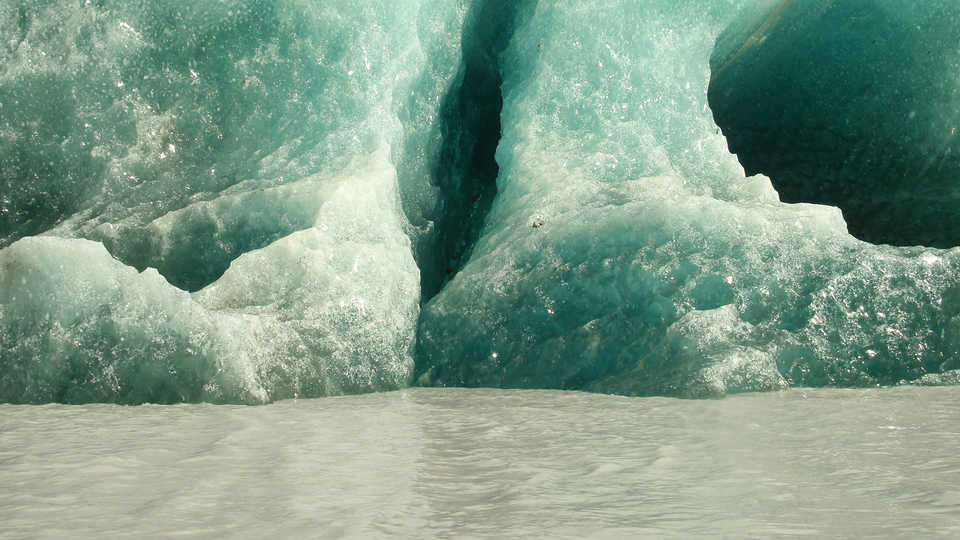 Studies suggest that green icebergs are rich in iron‐oxide minerals which can deliver iron as a nutrient to the ocean. Photo by Ian Cochrane, CC BY 2.0

Picture the iconic Antarctic iceberg, and a white slab may come to mind. Or perhaps one of blue appearance. But rare green ones exist too, whose mysteries and utility are fast being revealed by polar scientists.

Researchers have speculated about green bergs for decades. Early on, it was theorized that high levels of microscopic particles from dead marine plants and animals were trapped in the ice. Since dissolved carbon is yellow, it would make sense for organic material to blend with typically blue ice to create green.

However, a closer look indicated that the green marine ice had no more than the typical amount of organic impurities. Rather, it was discovered that the marine ice at the bottom of such bergs found at the Amery Ice Shelf had nearly 500 times more iron than the glacial ice above it.

Those iron oxides, Warren suggests, come from the rocks under the Antarctic Ice Sheet. As glaciers advance, they erode the bedrock of Antartica’s mainland, grinding it into a fine powder referred to as “glacial flour” that incorporates with icebergs forming near the mainland. On contact with seawater, the iron oxidizes, resulting in particles that take on a green hue when light scatters through them.

More than a pretty color, the emerald icebergs appear to function as an important conduit for conveying iron widely across the Southern Ocean. Iron is a key element for the growth of phytoplankton, the foundation of the aquatic food chain and prolific consumers of carbon dioxide.

Warren explained the dissemination process with an analogy: "It's like taking a package to the post office. The iceberg can deliver this iron out into the ocean far away, and then melt and deliver it to the phytoplankton that can use it as a nutrient."