Long View Study No. 50 (The Future of Antarctica) 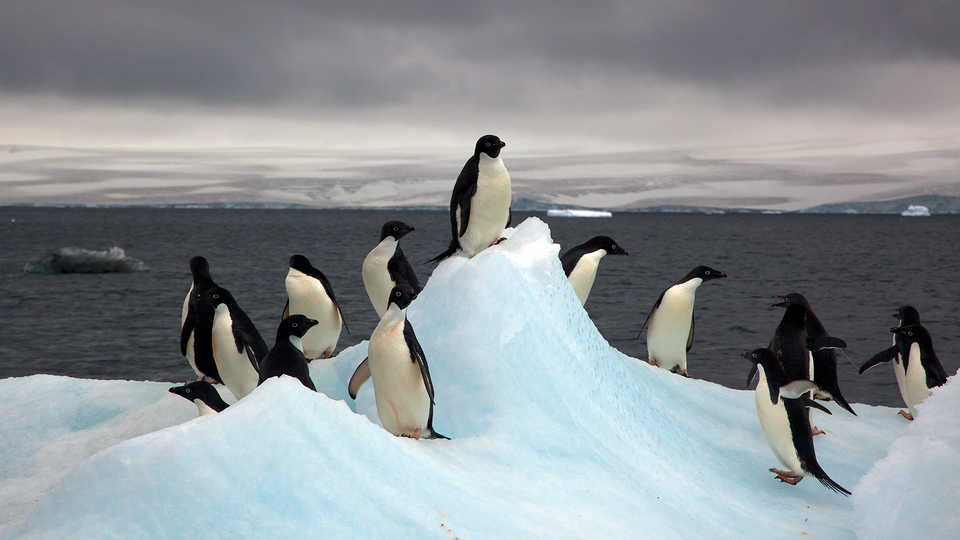 By now it’s well known that Antarctica’s warming has caused the loss of billions of tons of ice. As the melt continues, sea levels will rise and the world’s coastal countries will face serious threats of flooding. It’s also been clear that manmade greenhouse gas emissions are driving this change.

Scientists have till now underestimated the speed with which climate change is unfolding. It’s now understood that severe economical and ecosystem damage could be upon us sooner than later. As such, climate change mitigation plans and environmental regulation decisions made in the next decade will determine Antarctica’s future and its worldwide consequences.

To propose what that future might be, an international team of researchers set forth two contrasting scenarios of what could happen by 2070 in the scientific journal Nature. The worst-case narrative imagines the world carrying on with business as usual. Amid increasing emissions and low regulations, the average global air temperature would rise about 3.5 degrees Celsius (the United Nations considers a 2 degree increase to be catastrophic), warming the ocean itself up to 2 degrees Celsius, reducing its ability to absorb CO2 and accelerating the global warming process. Along with dramatic ice shelf loss and global sea level rise, we could expect to see ocean acidification alter the planet’s marine ecosystems. For example, shells of certain sea creatures would be unable to form properly under such conditions. Unrestricted human activity in Antarctica would also degrade the environment, resulting in depleted fish populations and the introduction of invasive species.

The second, more optimistic narrative requires policy makers to take significant action in the next 10 years to reduce emissions through regulations informed by research. In this scenario, Antarctica remains vulnerable but can be saved. Ice sheets would thin more slowly and the rate of ocean acidity would decrease. While sensitive species would still see population declines, others might adapt. Continuing sea ice loss would still force seal and seabird populations to change the way they forage for food and would exacerbate breeding issues, but a measure of ice stabilization would mitigate extreme events and harm to wildlife.

In order to make the more promising scenario a reality, governments will need to acknowledge Antarctica’s importance to the Earth’s entire system. The paper’s authors recommend that research programs be supported to make evidence-based decisions on the best way forward. Additionally, the international community must act together rather than compete for Antarctica’s natural resources to avoid calamity.

Co-author Martin Siegert from the Grantham Institute for Climate Change at Imperial College London says: "If the political landscape of a future Antarctica is more concerned with rivalry, and how each country can get the most out of the continent and its oceans, then all protections could be overturned. However, if we recognize the importance of Antarctica in the global environment, then there is the potential for international co-operation that uses evidence to enact changes that avoid 'tipping points' - boundaries that once crossed, would cause runaway change, such as the collapse of the West Antarctic Ice Sheet."