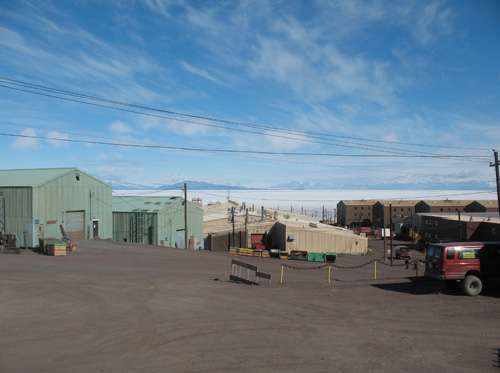 This was my first full day at McMurdo Station, here on the southern tip of Ross Island on the shore of McMurdo Sound. More of a town than a mere station, it's been America's primary Antarctic research and science center since 1957, now able to support up to 1,258 residents at any given time. The place may not be pretty, but it's incredibly unique. Its very existence on this continent makes it so. And whatever the views of McMurdo, the views from it (the distant ones) are quite spectacular. Here are some important buildings I got acquainted with today: 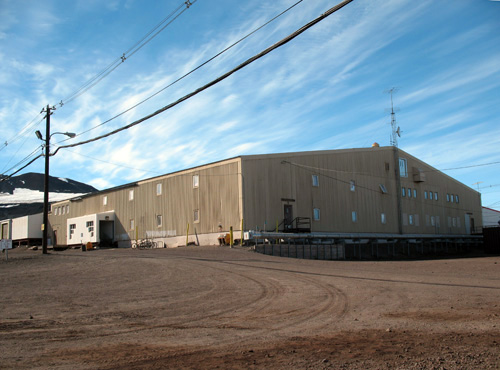 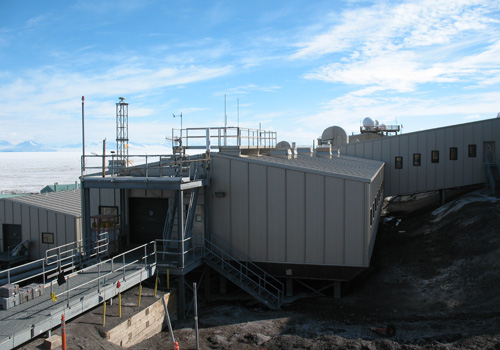 This is the Crary Science and Engineering Center. It has a library, an aquarium, and labs for biology, atmospheric science, and earth science research. My workspace is located here, amidst some amazing people and their fascinating projects. This building will get a blog post of its own in time. 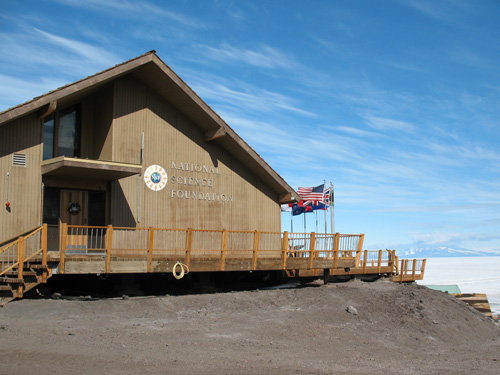 The Chalet contains offices for senior NSF and contractor personnel. Our Science Inbrief was held in its central assembly room this morning and I'd have to say it's the most inviting room in town so far. Very Alpine, as you might guess. 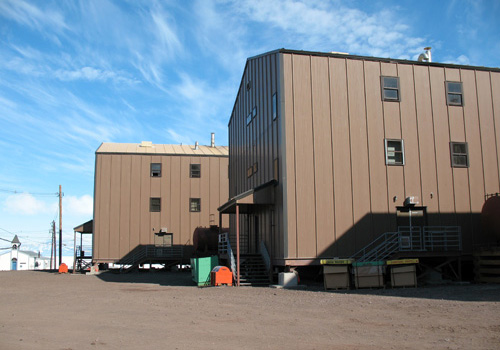 The foreground building is where I live. The 3-story dorm houses up to 134 persons. All the rooms are set up for double occupancy, but I haven't been assigned a roommate yet. 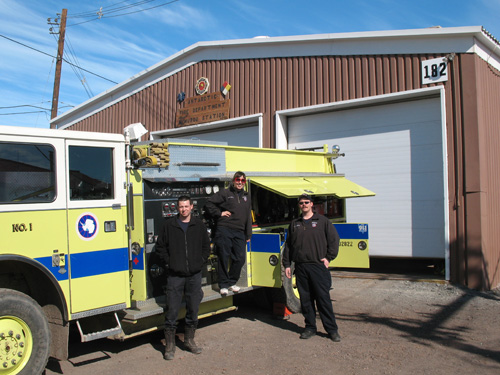 And finally, the Antarctic Fire Department which doubles as the telephone exchange/ communications center. The notion of a fire station on an icy continent may sound strange, but it's also the earth's driest and windiest continent, with over 100 structures in town. Join me tomorrow for a look inside a couple of these buildings as I start investigating the renowned McMurdo recycling system.