Ozone in the stratosphere acts like a shield, protecting us from much of the sun's harmful ultraviolet radiation. But decades ago, manmade chemicals began to weaken this shield...

Video Synopsis
Ozone (O3) is an important gas in Earth's atmosphere that is a pollutant in the troposphere, where we live, but is a protector in the stratosphere over 10 km up.  Stratospheric ozone protects us from much of the Sun's harmful ultraviolet radiation by interacting with UV rays in a series of chemical reactions that are constantly breaking ozone apart and reforming it. While this system of reactions is naturally in balance, manmade gases called chlorofluorocarbons (CFCs) that were used in refrigerators, air conditioners, and aerosol sprays act as catalysts in the destruction of ozone.  In 1987, the Montreal Protocol banned the use of CFCs after is was discovered that the ozone layer over Antarctica had thinned to dangerous levels.  Since 1993, CFC levels in the atmosphere have decreased and the ozone layer is making a comeback.

This video was produced in collaboration with the San Francisco Unified School District as a part of their NGSS-aligned high school chemistry curriculum. 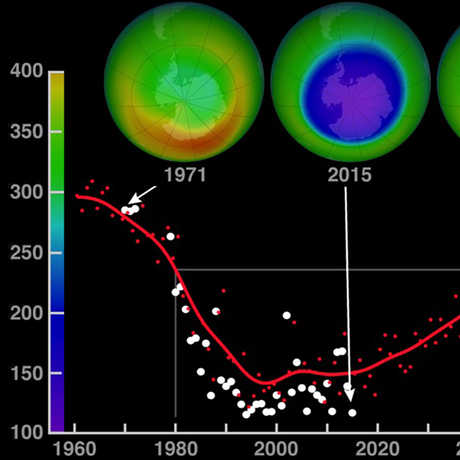 What's going on with the ozone hole?  View the latest status of the ozone layer over the Antarctic, with a focus on the ozone hole. Look at false-color maps of ozone concentrations or download data from yesterday or decades ago. 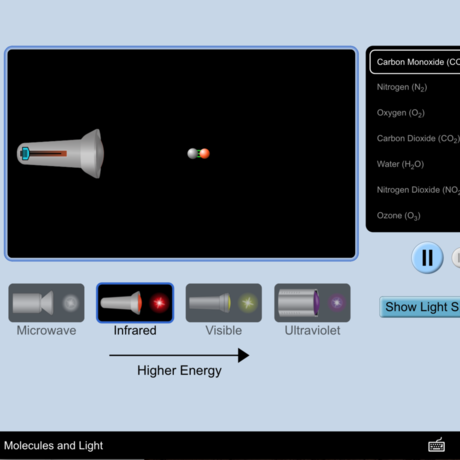 Using this interactive simulation from PhET, students can observe how different molecules react to different light sources.  How does ozone react to ultraviolet light?  'Shoot' photons of UV light at an O3 molecule to find out! 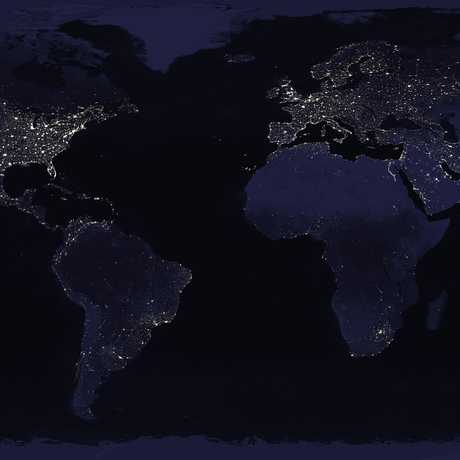 Fight the Power
Climate scientists and policy makers are developing new tactics to fight climate change and its deniers. 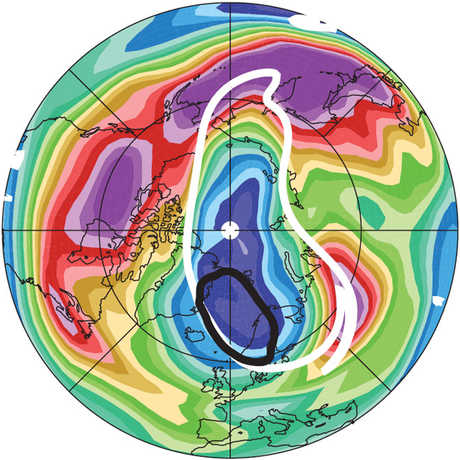 Arctic Ozone Hole
NASA scientists report on a very large hole in the ozone layer over the Arctic during the winter and spring of 2011.
image-standard 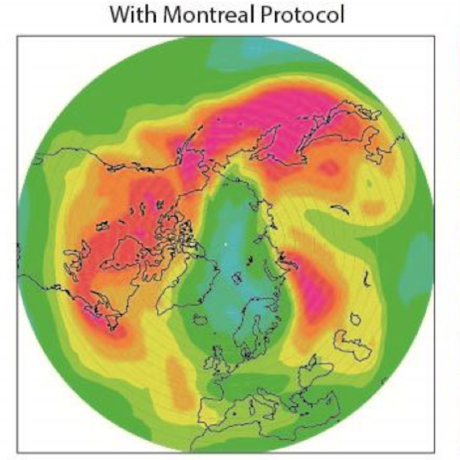 What if? Success in Protecting the Ozone Layer

Laws banning ozone-depleting chemicals have worked significantly to protect the ozone layer and even save lives.