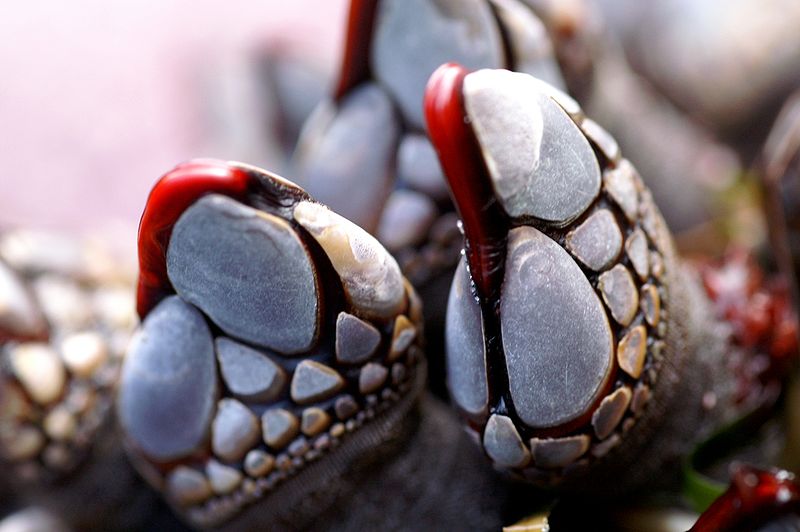 We thought we’d share a perfect story for February 13th, a day nestled between Charles Darwin’s birthday and Valentine’s Day. Let’s talk about barnacle sex! (What else?)

With headlines like, “Poorly-endowed barnacles overthrow 150-year-old belief,” this recent bit of research tugged at our heart-strings. So we consulted with our barnacle expert, Academy Research Fellow Bob Van Syoc, to understand the reproductive challenges facing this arthropod.

First thing you have to know about barnacles—they’re functionally sequential hermaphrodites. “That is, they are hermaphrodites that act as either male or female at any point in time, not both at the same time,” Van Syoc explains. “In all of these, ‘pseudo-copulation’ occurs by the transfer of sperm from the penis of the male inserted into the female or hermaphrodite mantle chamber where the eggs are fertilized and brooded until larvae hatch.”

Sounds like fun, right? And unlike the poor barnacle in the National Geographic blog title above, most barnacles are actually quite well-endowed. From ScienceNOW:

Even Charles Darwin marveled at the length of the barnacle’s penis. In some species, it’s up to eight times the body length.

Sadly, that’s not the case for the Pacific gooseneck barnacle, Pollicipes polymerus, the poorly-endowed barnacle of the title. And that’s not all. “As a stalked barnacle with a flexible peduncle it is relatively less evolved than the sessile, volcano-shaped shelled barnacles that are most common on our shores,” says Van Syoc.  “P. polymerus is a member of a relict genus that exists only in the eastern boundaries of the Pacific and Atlantic Oceans.”

Perhaps that’s why, size and all, these barnacles “spermcast,” according to a surprising study last month in the Proceedings of the Royal Society B. Spermcasting is just as it sounds—releasing sperm into the water column hoping for a bit of luck. For most barnacles, this doesn’t produce the best results.

Here’s how Van Syoc describes it: “Broadcast fertilization (or ‘spermcasting,’ as the authors have it) is wasteful of gametes and would not be expected in an efficient evolutionary sequence once internal fertilization has evolved.  However, it does increase the chance of sperm reaching a target egg and greatly increases the reach of individuals and their ability to fertilize more than a few individuals nearby.”

That P. polymerus spermcasts would have shocked even Darwin, who wrote quite a bit about barnacles and barnacle sex.

“The study challenges our traditional (i.e., since Darwin!) ideas of barnacle mating and fertilization,” Van Syoc says. But he likes the study and techniques the paper’s authors used. “It illustrates that field ecology observations (solitary individuals brooding embryos) coupled with modern DNA analysis techniques to help determine parentage can, and should, be used in concert. Too often, scientists either eschew new techniques as ‘trendy’ or traditional methods as ‘old fashioned.’ Here we have a great example of how they can work together to great effect.”