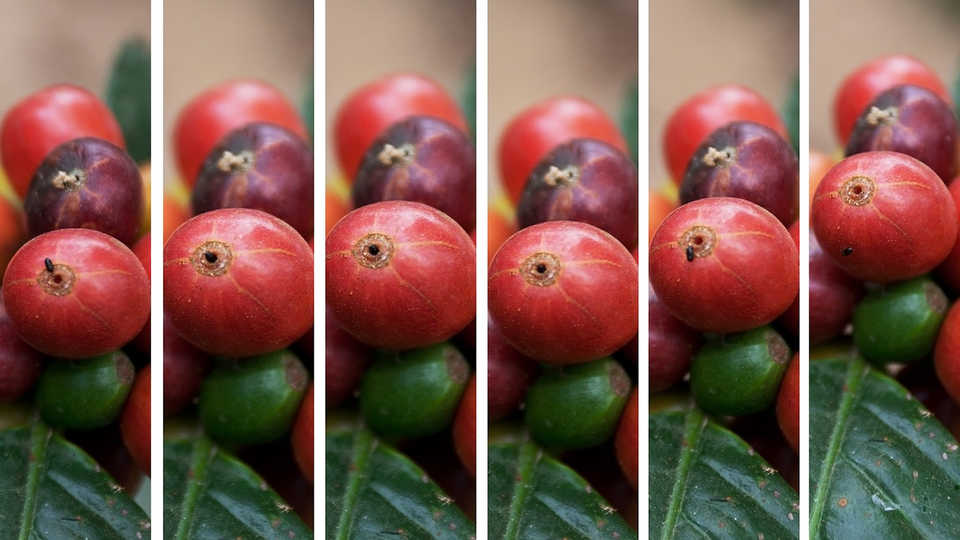 Whether or not you consider coffee the best part of waking up, much of the United States drinks the black beverage, fueling everything from early mornings to late nights to the daily grind. As much as we rely on our daily dose of caffeine, this chemical is toxic to many insects, spiders, snails, and slugs. For Coffea arabica, the world’s main source of beans, caffeine acts as a natural pest repellent. But some insects spend their entire lives inside a coffee bean. The two-millimeter-long Hypothenemus hampei (or the coffee borer beetle for the Latin-phobic) seems to thrive in an environment so caffeine rich that even the Starbucks-addicted would recoil. How do they do it?

The answer, Javier Ceja-Navarro and his colleagues suspected, was in the tiny insect tummies. Just like humans do, H. hampei outsources much of its digestive duties to microbes that live in its gut. These bacteria allow us to process a wide variety of foods and adapt to new diets quickly, as their short life cycle allows evolution to occur at a faster rate.

Ceja-Nevarro undertook his research diligently, starting by confirming that the beetles were actually digesting caffeine (and that it wasn’t simply passing through them). Yes, he measured their feces, and what he found could only be described as “decaf.” Next, he used antibiotics to eliminate the bacteria living inside the gut of the coffee borer. According to the paper published yesterday in Nature, over a 44-day period without their stomach bacteria, there was a “95% decline in eggs and larvae… and no progression to pupa or adult stage.” Not a good way to live, even as a beetle.

Finally, the research group re-introduced the caffeine-metabolizing bacteria to the same insects who had been given antibiotics, a process known as inoculation. While the beetles didn’t regain their ability to effectively reproduce, their output was again caffeine-free.

The coffee beetle, say the scientists, “is the only insect that has specialized on feeding and completing its entire life cycle exclusively within the coffee beans.” As such, H. hampei has a tremendous economic impact on the coffee industry, accounting for an estimated $300 million in lost coffee each year in Brazil alone. While administering tiny shots of penicillin to each and every bug may not be economical, Javier Ceja-Navarro and his colleagues at the Ecology Department of the Lawrence Berkeley National Laboratory have taken the first steps into protecting what to 83% of Americans is a critical and delicious fuel source.