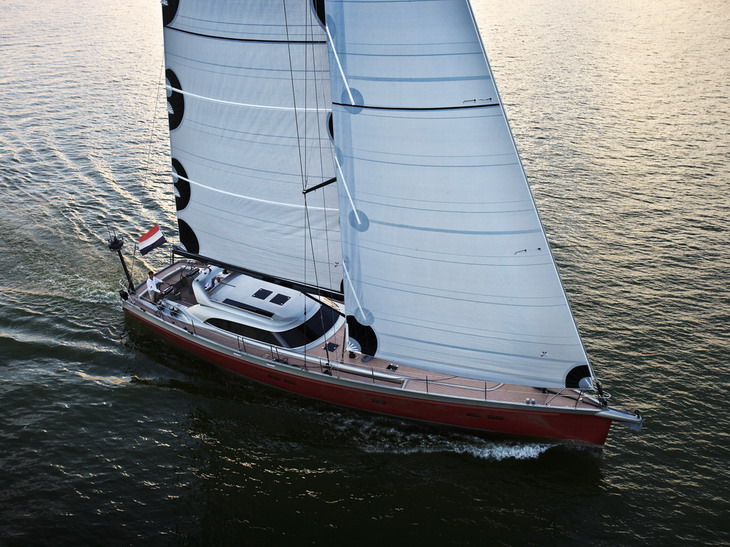 “Oceans serve as the primary respiratory and nutrient cycling machine for the entire planet,” says Joe Gryzmski, co-author on of a new study about citizen oceanography. “If the oceans are in peril, mankind is in peril. With world population on the rise, now more than ever, understanding global ocean microbiome health is of urgent priority.”

If he sounds serious, it’s because he is. All the talk of a coming (or not) El Niño to provide California some drought relief is wrapped up in the environmental conditions of the oceans. Not to mention understanding the effects of ocean acidification and the size, location, and explosive proliferation of plastics in the seas. And more.

The paper, out today in PLoS Biology, begins, “We live on a vast, unexplored planet that is largely ocean,” and goes on to explain the cost of exploring and understanding the seas that make up our planet. Scientists estimate that a single research vessel could cover approximately 3% of the ocean over the course of a year, at a cost of $15 million, including boat, crew, and scientists. With reduced funding, and our rapidly changing planet, we simply don’t have enough data to grasp ocean processes or to make estimates about the ocean’s future health.

But citizen scientists could help fill that gap, assert the international researchers behind the new study. According to the study:

This would be a natural group of citizen scientists inherently motivated by their love of sailing and empirical knowledge of the beauty, power, and vastness of the world’s oceans.

So this group would not just be citizen scientists, but sailor scientists.

And it’s not just theoretical. In 2013, they began a pilot project on the S/Y Indigo V—a 61-foot vessel that sailed across the Indian Ocean from South Africa to Thailand. Over six months, the crew inventoried ocean microbes at the surface and measured ocean chemistry. Through this project, the research team developed instrumentation called the Ocean Sampling Microbial Observatory (OSMO), so this type of data collection can be cost-effectively expanded to future sailor scientists.

“We were able to run an entire scientific expedition across never-before sampled waters for less than what it costs to run an oceanographic vessel for one day,” says lead author Federico Lauro of the pilot project.

The team is focusing on marine microbes because they underpin the nutrient cycle and form the foundation of the food web. Collectively known as the marine microbiome, they are the most abundant organisms in the oceans, but perhaps the most vulnerable in a changing global environment.

And the marine microbiome science won’t stop with the sailors. The team also plans to engage citizen scientists in online data analysis of the collections. Plus it’s green: the team estimates that sail power versus a typical research vessel reduces carbon emissions by a thousandfold. So, who’s in for a little citizen oceanography? Aye-aye, captain!