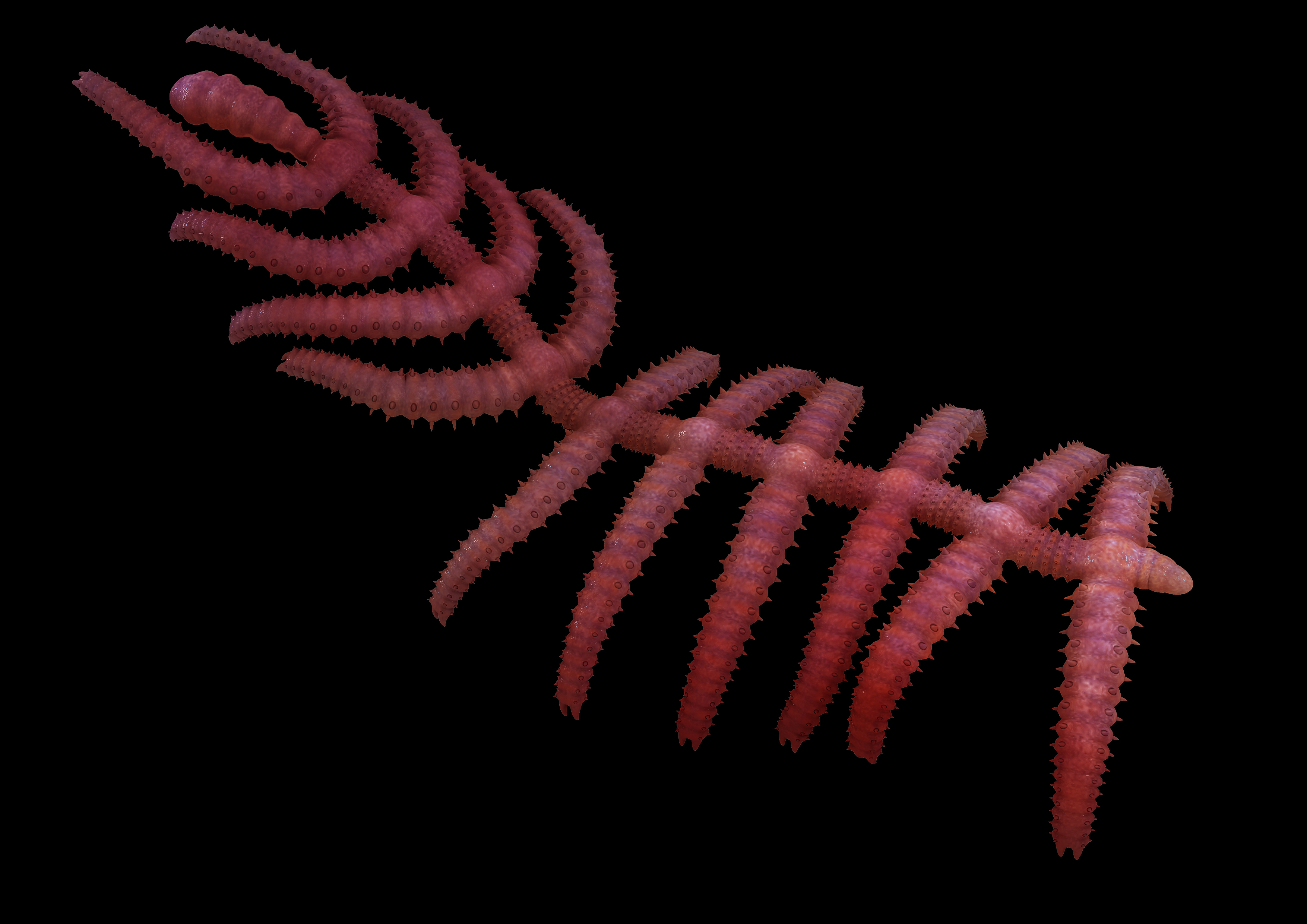 Less than three inches long, it has nonetheless made quite an impression. Diania cactiformis, more affectionately known as the “walking cactus,” has given scientists new clues to the evolution of arthropods. Fossil remains of this ancient organism were discovered in China and announced last month in the journal Nature.

Arthropods are defined by the presence of an exoskeleton. Exoskeletons resemble armor, protecting the organism’s delicate internal organs from danger. From lobsters to ants to scorpions, the phylum Arthropoda displays incredible diversity. Most species of arthropods first appeared during the Cambrian Explosion, a period of rapid evolution about 550 million years ago. Despite arthropods’ prevalence and diversity, scientists still disagree on when their most distinctive feature—the exoskeleton—evolved.

But the discovery of the walking cactus may give scientists some much-needed answers. Geologist Jianni Liu and an international team of scientists discovered the fossil remains of this early arthropod in the Yunnan province of southwestern China. Its body is long and thin and it has ten pairs of spiny appendages, or legs.

What makes the walking cactus so unique, however, is that while its legs appear robust and hard, not unlike those of modern day insects, its body appears soft. This fossil indicates that the spiny appendages characteristic of this phylum evolved prior to the exoskeleton itself.

The discovery of the walking cactus provides new clues to arthropod origins, but many questions remain. Liu and colleagues will continue to tease out the precise relationship between leg and body hardening in the fossil record, so that we may learn more about the evolution of this fascinating and diverse group of organisms.