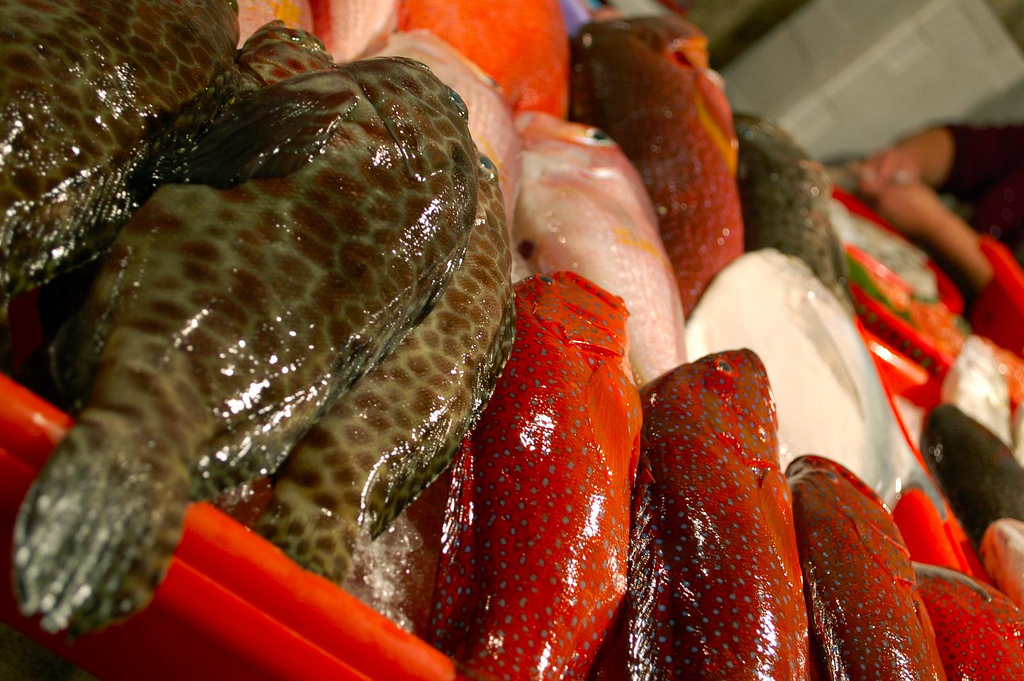 Taiwan is an island—attractive for any ichthyologist, or fish scientist—but the Academy’s John McCosker wasn’t attracted to studying the fish there until he met Dr. Hsuan-Ching Ho, a scientist from the National Museum of Marine Biology and Aquarium in Checheng, who was visiting the Academy’s fish collection several years ago.

“I had been to Taiwan briefly in the 1980s and wasn’t impressed by the fisheries there,” he says. “It seemed to me there was little biology going on there, and mostly extraction.” But Hans Ho, as his English-speaking colleagues call him, changed all that. “We worked with him here, and realized he was very serious about cataloguing  the fish of Taiwan so that their island could better and more sustainably manage its fisheries. “

Ho invited McCosker and Academy scientist Tomio Iwamoto to join him in investigating the biology and taxonomy of the fish of his island democracy. This spring, McCosker returned to Taiwan for his second visit in three years.

“What’s interesting about the island is that there are very different fish fauna on each side of the island,” McCosker says. “Whether I’m studying eels or Tomio his grenadiers, we’ve discovered that many of the species are different off the North, East, West and South coasts of that relatively small island.”

This trip was similar to the previous trip McCosker made to Taiwan—giving lectures to students, working in the lab and collections with Ho, and exploring the country’s fish markets. Wait. What? “Fishermen are often better ichthyologists than we are,” McCosker says. And Ho works very well with them. If a fisherman finds a fish he’s never seen before, he sets it aside for Ho—“scientific treasures for scientists like us,” McCosker describes.

And McCosker’s opinion from the 1980s about Taiwan’s use of fish has changed, too. “I wish we took sustainability as serious as many of the Taiwanese do,” he says. “Everything they catch they save. Bycatch is used for fish meal for aquaculture. Nothing is wasted. Here we waste two-thirds of our catch because fishermen are not allowed to keep certain fish. Bycatch is thrown overboard and wasted. It’s wasteful and destructive.”

The country has fishing regulations in place, and they are still allowed to take some sharks, but not all. All of their local fisheries are near shore—the fishermen go out for the day and come back—which is usually less destructive to the ocean habitat. More than the regulation, McCosker says, it’s looking forward to the future. “They want to catch and eat fish for a long, long time.” It’s deeply engrained in their culture.

So much so that the fish scientists in Taiwan want to know everything about every fish, including how to prepare and eat it. That was also part of McCosker’s recent trip—eating fish he never thought he’d try, including porcupine fish and hagfish, but nothing toxic or endangered. “Ho and his students always ordered the meals after a long day working. They wanted to see what I wouldn’t eat.”  But McCosker surprised them and tried everything. Just like a true Taiwanese ichthyologist.