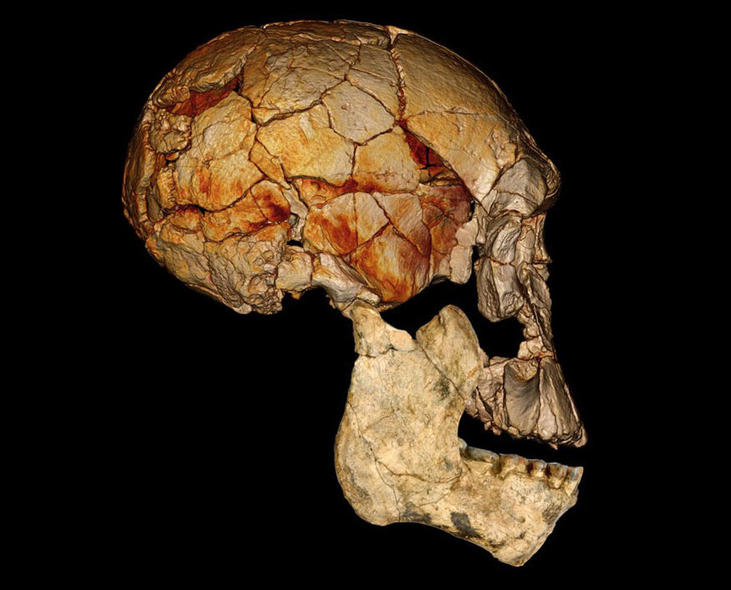 Breaking news about our human ancestors always captures people’s attention. Take a recent article in Nature about a newly discovered upper and lower jaw from a desert area in Kenya. The story ignited numerous headlines (see here, here, here and here). But how to make sense of it all? I recently sat down with the Academy’s Zeray Alemseged to gain some insight. Here's the gist of that conversation.

The jaws discussed in the study are likely 1.8 to 2 million years old. But the story begins much more recently—in 1964, when Mary and Louis Leakey found a skull. They described it as Homo habilis, one of the oldest species of the Homo genus and possibly the first stone tool-maker.

Then in 1972, another skull was discovered. This one was somewhat similar to H. habilis, but larger, and seemingly with a flatter face. Many researchers attributed it to a separate species, Homo rudolfensis.

But not all paleoanthropologists agreed. Some thought it was just a larger version of H. habilis, perhaps showing the male-female sized difference known as sexual dimorphism that is common in primates. They also believed that the flattened aspect of H. rudolfensis’ face wasn’t indicative of its true shape—that it wasn't flat after all. These scientists argued this skull didn't belong to a separate species.

And the arguments have continued for 40 years. However, with the new study, researchers report on a discovery of another skull (face, actually) and two jaws. These fossils provide more evidence, it seems, for the existence of H. rudolfensis as a separate species.

Not that this ends the arguments. Instead, it seems to have provided more fuel for the fire! (See headlines above.)

Why does it matter so much? Because it all centers on human evolution—determining where we come from and where we go to from here. Some scientists look at human evolution as a linear straight line. But with H. habilis and H. rudolfensis (and a third species, Homo erectus) potentially co-existing at the same time, what does that say about our lineage? We shouldn’t be surprised, Zeray says, especially if we consider the way in which plants and other animals have evolved—it simply means that we are part of them and diverse. The possibilities are intriguing!