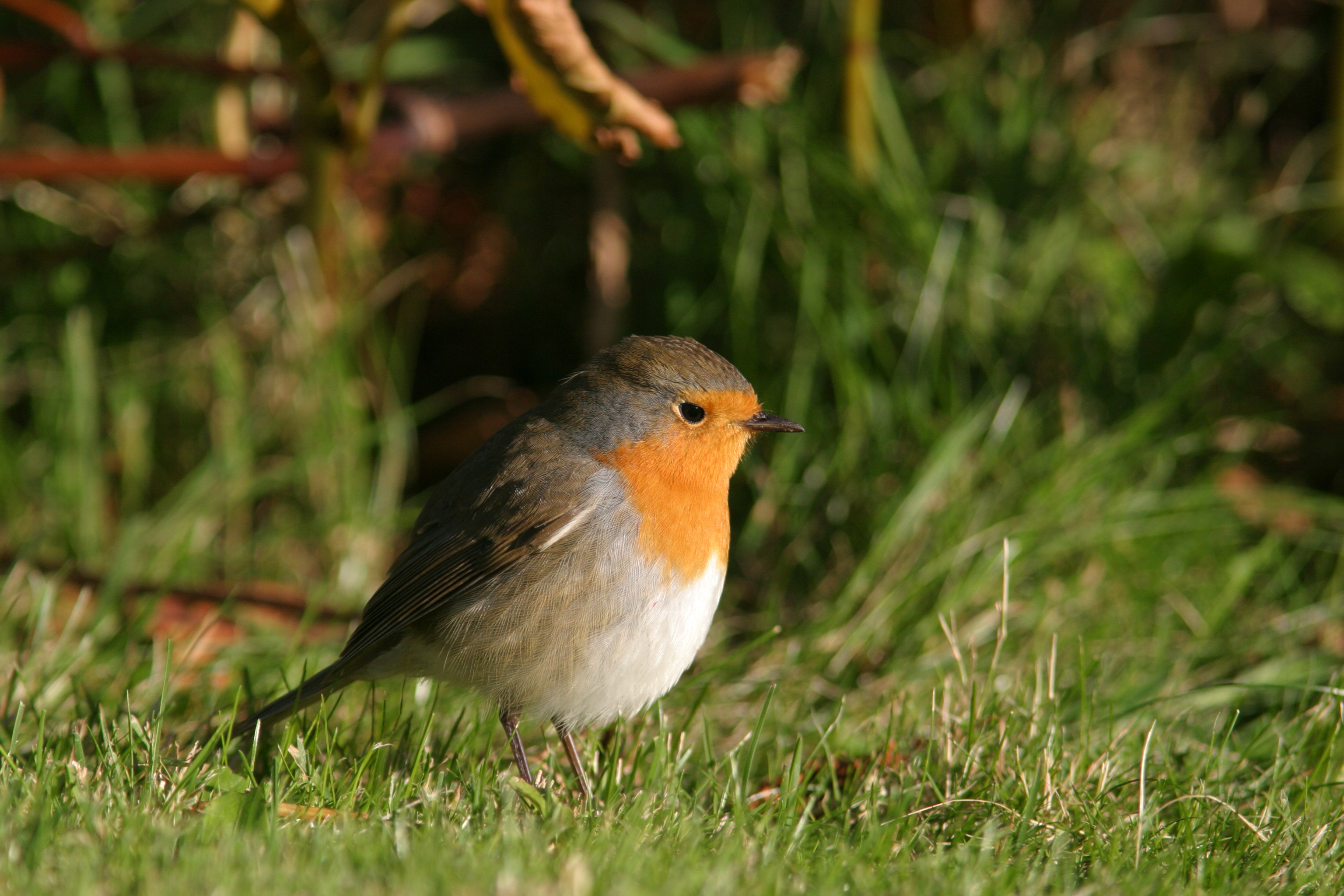 How do night-migrating songbirds like European robins (Erithacus rubecula) find their way? Using Earth’s magnetic field. But however reliable this feature of our planet may be, the birds’ sense of direction can go a little haywire sometimes.

And that’s just what happened when scientist Henrik Mouritsen  moved his collection of robins from the countryside to a city of about 160,000 people.  The birds couldn’t seem to orient themselves in their windowless huts. When Mouritsen and his team added aluminum plates to the huts and electronically grounded them, they found that the birds could once again determine their proper direction.

The researchers checked and double checked the experiment over several years, always with the same results. The team determined that electromagnetic noise (anything that you plug in makes this noise, Mouritsen says in this Nature video) was disturbing the robins’ sense of Earth’s magnetic field. And the throrough study found it doesn’t take much—it wasn’t power lines or cell phones, but old-fashioned AM radio (or something similarly lo-fi) causing the birds’ directional difficulties.

Could this be behind the decline of night-migrating birds? As Ed Yong describes in National Geographic, it’s hard to tell, “there could be many causes for that including hunting and light at night.”

And Earth’s magnetic field experiences natural disturbances, too, the team reminds us. Coronal mass ejections (CMEs) generated by the Sun, for example. According to an article accompanying the study, “These CME events generate the beautiful polar auroras, disrupt our use of the medium-wave radio band, and sometimes perturb the background geomagnetic field at Earth’s surface enough to disturb animal navigation.”

See? We all go a little haywire sometimes…

The study was published this week in Nature.