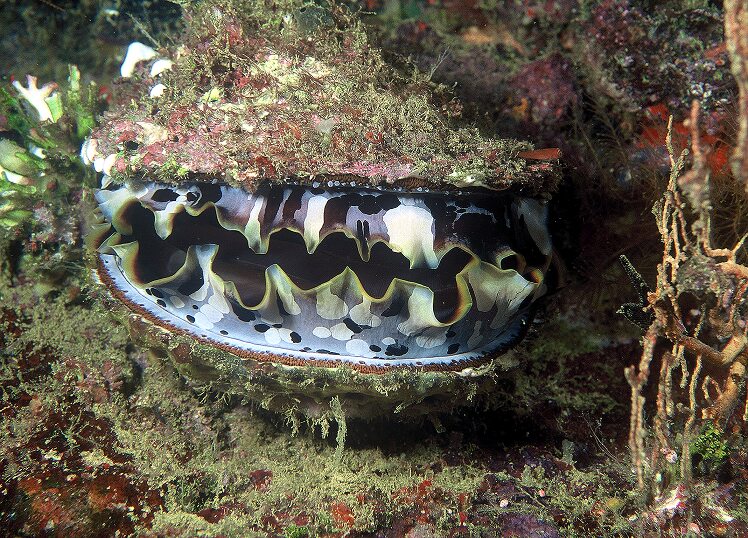 That is Ashlee Lillis, a grad student at North Carolina State University. Lillis wondered if the sounds of "noisy" oyster reefs influences oyster larvae to settle down and make their home.

But wait, how do oysters hear that noise? How do they do anything, really?

Larval oysters are planktonic, meaning that they cannot swim against or across currents. But they do have the ability to move up and down within the water column. As they mature, they develop a muscular “foot” that they can use to sense the terrain along the ocean floor. When they find the right spot, they attach themselves and remain there throughout their lives.

This first decision – choosing where to settle – is an important one. As the Academy's expert Peter Roopnarine mentioned this past summer in an article about oysters and ocean acidification, "Oysters do best on hard ground. The first oysters in a soft bottom environment eventually become the hard substrate that future oysters build upon. As the reef grows, the presence of the shells promotes a healthy, low acidic environment.”

Scientists know that larval oysters and other bivalves, like clams, respond to some chemical and physical signals in seawater, but Lillis wondered if the sound of the reef played a role.

“When you’re as small as these larvae, even if you’re only 10 or 15 feet up in a water column you wouldn’t have any real sense of where you were in terms of the seafloor beneath you,” Lillis says. “But an ocean reef has very loud, distinct sounds associated with it. They’re noisy enough to be heard by scuba divers and snorkelers. Even though oysters don’t have ears and hear like we do, they might be able to sense the vibration from the sounds of the reef.”

So she decided to test her theory. She and her colleagues made underwater sound recordings of oyster reefs and the open seafloor. Then they tested larval oysters in the wild and in the lab to determine if the settlement rates increased when they were exposed to reef sounds versus those from further out.

They discovered the larval oysters were indeed listening – the team found an increased settlement rate in both the lab and the wild when the larvae were exposed to reef sounds. Their results appear in PLoS ONE.

Since oyster reefs play an important role in filtering water, the authors point out that this  finding has potential for helping oyster reef restoration efforts. “This research is the first step in establishing what normal, healthy reef environments sound like," Lillis explains. "If we can figure out how the noise impacts oysters it may give us strategies for establishing new oyster beds. It might also give us a noninvasive method for keeping tabs on the health of our undersea reefs.”