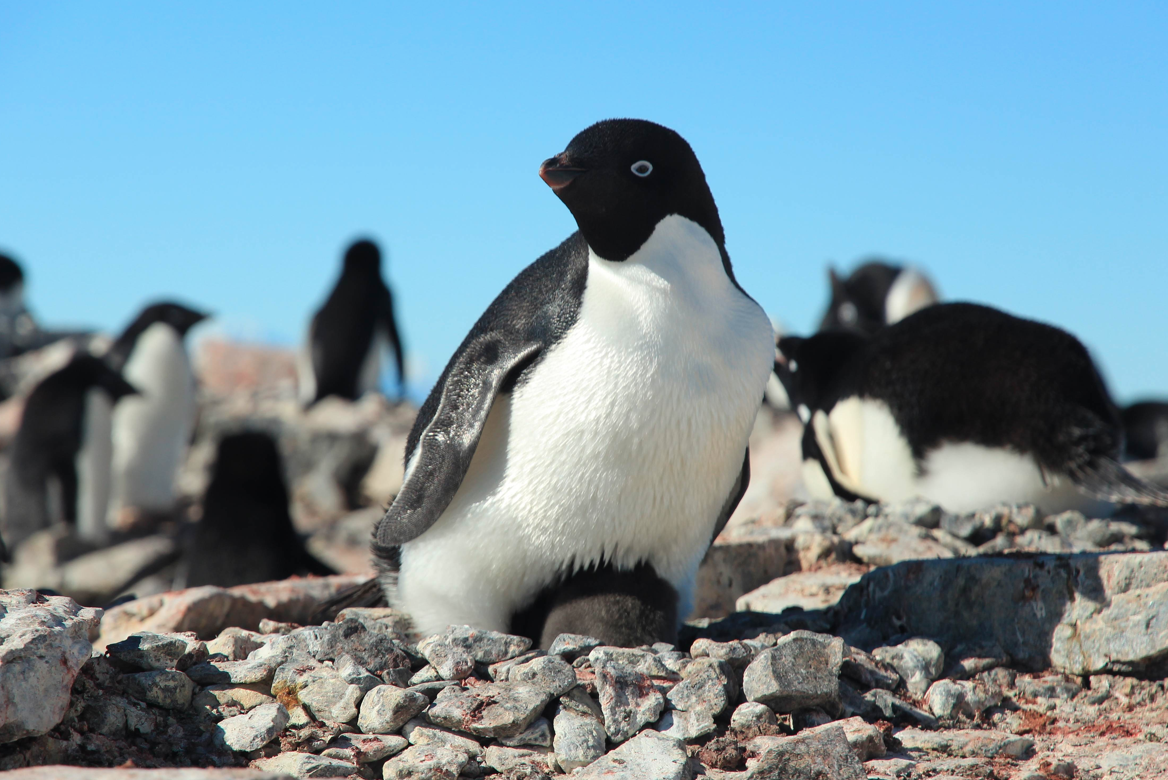 Climate change affects all life on Earth. While many species find changes to the environment detrimental, other species may adapt to the new conditions with few issues, and some species may actually benefit.

Antarctic penguins are among species at the front lines of global warming. New genetic research, published this week in Scientific Reports, finds that some penguins will fare better than others. A team of British scientists studied gentoo, Adélie, and chinstrap penguins that overlap around the Antarctic Peninsula.

As we’ve mentioned before, to study the future, you often need to look to the past. That’s exactly what the researchers, led by Gemma Clucas of the University of Southampton, did for this study.

The team extracted DNA from feather and blood samples of 537 penguins in the area. Sequencing the mitochondrial DNA, the team used a genetic technique to estimate when current genetic diversity arose in penguins to recreate past population sizes. Looking at the 30,000 years before human activity impacted the climate, as Antarctica gradually warmed, they found that all three species of penguins increased in numbers.

“What is particularly interesting is that after the ice age, all of these penguin populations were climate change ‘winners,’” Clucas adds. “That is to say the warming climate allowed them to expand and increase in number. However, this is not the pattern we’re seeing today. Adélie and chinstrap penguins appear to be declining due to climate change around the Antarctic Peninsula, so they've become ‘losers.’ Only the gentoo penguin has continued to be a ‘winner’ and is expanding its range southward.”

One potential reason for the reversal of fortunes shown by Adélie and chinstrap penguins is their dependence on the declining Antarctic krill as a food source, whereas gentoo penguins have a more diverse diet, making them less sensitive to the decline in krill.

“Despite historic warming clearly opening up new opportunities for penguins, we should not assume that current rapid warming caused by human activity is good for penguins as a whole,” Clucas concludes. “Evidence from other studies shows that climate change today is creating lots of losers and few winners.”