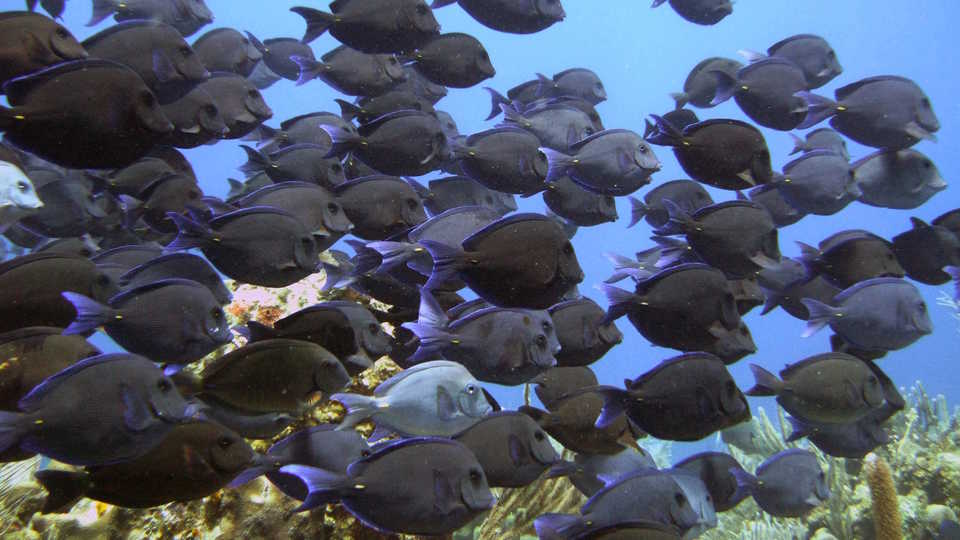 Today and next Monday, we’re reporting on two Central American countries and the strides they’re making to conserve their natural resources. With help from scientists and their data, local people and governments are taking action and making good decisions, not only for their own livelihoods, but for the natural world and biodiversity, too.

Today, we’ll look at Honduras and how the government is working to protect marine life and fishermen at the same time; next week, we’ll look at land use in forests along the Panama Canal. Both of these were part of the same session at the recent American Association for the Advancement of Science (AAAS) Annual Meeting in Washington, D.C.

Stephen Box is a marine biologist with the Smithsonian who took note of the number of men dying and disabled along the Caribbean coast of Honduras. These men were former dive fishers, a group estimated to experience 120 accidents each year, of which 19 are fatal and many more leave approximately 18 percent of working-age men incapacitated. This is especially evident in one group in particular, the Miskitus.

Scuba diving for precious conch and lobsters began in 1972, but with dwindling populations, the fishers are now diving more often and deeper for their catch, up to twelve times per day and 120 feet (40 meters) in depth.

Box wondered if he could use a scientific approach to mitigate these deadly occupational hazards and to improve seafood availability. He set out to do just that, spreading fisheries apart and developing a spatial management plan for local fisherman using satellite maps and underwater surveys. He also wanted to retrain the Miskitus to skin dive, a safer and more sustainable practice for both marine life and human life.

With data in hand, he also sought funding to restructure the fisheries, to buy out dangerous technologies, and to retrain the indigenous and other local fishers. With some help from British royalty (Prince Charles, no less) and others, he was able to raise $10 million to make his campaign a success.

He’s also recommended marine reserve sites in the area to replenish fish populations. To accomplish this, he’s received support from both fishers and buyers—even seafood restaurant chains pitched in to provide support for more sustainable lobster! He also created an app for local buyers to track their purchases, which has proven both beneficial to the locals and to scientists. The app makes a cumbersome report for the government much easier to assemble, and biologists can better understand the health of the coastal area as they track which species are being caught and where.

Box was joined by the Secretary of Agriculture and Livestock of Honduras, Jacobo Paz Bodden. Bodden is a huge proponent of sustainable fisheries and said, “If we don’t do anything we won’t have fish left in the next 20–25 years. Fisheries are very important for Honduras as a country. It’s a large industry that creates jobs, exports, and is located in an area where lots of ethnic and social groups live.”

To that end, the government has created a vision for medium- and long-term sustainability, much of it based on the research that Box and his colleagues are doing. First, the Secretary and his team organized the fishing sector, then they decided to limit the size of fleets and to shut down the dangerous fishing practices. Next, he hopes to restructure commercial fisheries and to increase no-take areas, creating grounds for reproduction.

Box hopes to take this success and efforts to other places, too. “Honduras is going to become an example for what you might be able to achieve for marine biodiversity conservation and economic development,” he concluded.