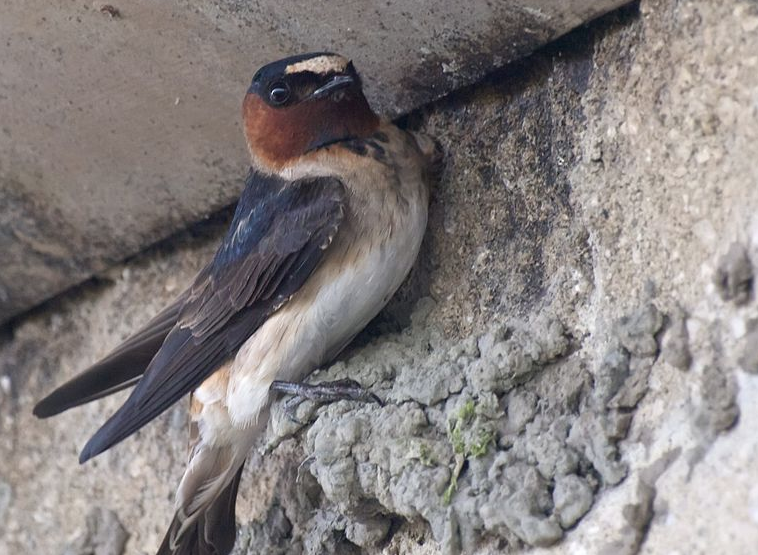 Evolution takes time. Or does it?

Evolution can happen rapidly—it all depends upon how strong selection is and how much genetic variation there is in the trait being selected.  We tend to look at fossil bones, for example those along the horse lineage, and it seems like only a few millimeters of length are added per hundreds of thousands of years.  But in fact, these traits can vary quite a bit—even within populations—and if you have lots of individuals and lots of points in time, sometimes you can see really noticeable changes in short times.  The classic examples are Darwin’s Finches, that can significantly evolve larger or smaller bills during times of great stress.

That’s the Academy’s bird expert Jack Dumbacher. I asked him about a paper published this week in Current Biology about birds evolving shorter wings over a time-span of a mere thirty years. The evolutionary advantage? To avoid becoming roadkill.

In the US alone, an estimated 80 million birds are killed each year by cars. But the paper’s two authors, Nebraska researchers Charles and Mary Brown, noticed that fewer of the swallows they've studied for the past 30 years were becoming roadkill. This finding was surprising, since there are more cars on the road now than in the 1980s, and more of the swallows make their homes near the highways.

The researchers recently collected hundreds of dead cliff swallows from roadways, railroad tracks and other nesting areas, and noticed that “there were fewer road kills, and the birds found dead along highways had longer wing spans,” Charles Brown says. “I wanted to know if there was selection for particular characteristics in those dead birds.”

So he and his colleagues began a retrospective analysis, measuring the specimens in his 30-year collection. According to ScienceNOW:

Jack explains this adaptation. “Shorter wings—just like shorter cars – usually means a shorter turning radius. So if the birds need to make a rapid change in course, smaller wings might help facilitate this.”

The cliff swallows aren’t the first bird species to evolve quickly in response to human impacts. “One of my favorite examples is bird song in human habitats,” Jack says. “Our roads and neighborhoods are full of noises—air conditioners, traffic and other machines. Some of these produce noise in certain frequencies that can drown out or obscure bird song.  Researchers here and abroad have shown that many birds have noticeably shifted their song frequencies to avoid our ‘white noise’ and be better heard in human environments.”

Jack appreciates the work of the Browns in determining these shorter wingspans. “We often drive our commute and watch this or that, and sometimes we even ask ourselves whether, ‘Hmm, sure does seem like there are fewer roadkill than last year.’  Even a simple question like this can be incredibly difficult to even verify, but then to do all of the work to find the cause of the change—that can be very difficult to do.  They clearly have that restless scientific mind that doesn’t rest until they find a solid answer...”

I guess it takes one to know one.