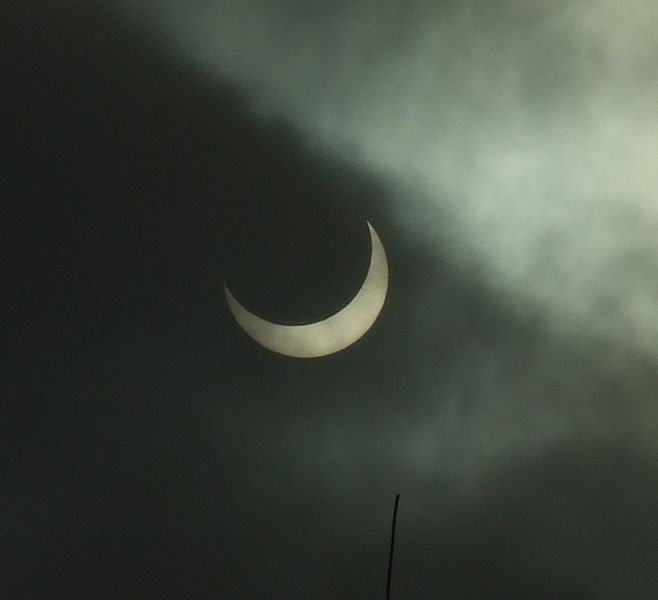 Massive Die-Offs, Oil and DNA Sequencing: 2011 started off with a bang—science news-wise.

Despite being in the wrong place, at the wrong time, we were able to catch incredible glimpses of the solar eclipse this week through photos throughout the web.

DNA sequencing started the year off right. Popular Science reported that “For the First Time, DNA Sequencing Technology Saves A Child's Life.” Doctors, desperate to find the cause of a boy’s severe illness, sequenced his genes, discovered a mutation and were able to prescribe a treatment that appears to be working. A new machine could make this practice more common. An article in the New York Times this week described a more affordable sequencing machine. At $50,000, the Personal Genome Machine is significantly less than standard machines and “could expand the use of DNA sequencing from specialized centers to smaller university and industrial labs, and into hospitals and doctors’ offices.”

What is causing birds to fall out of the sky and fish to die from Arkansas to Maryland and Brazil to Sweden? Cold weather? Hail storms? Fireworks? The end of the world? There’s been much hype and speculation, but scientists don’t appear to be worried. The Academy’s own Jack Dumbacher is getting samples from the southern occurrences—he’s planning on testing the corpses for viruses. You can track these deaths yourself through Google maps or the US Geological Survey.

Finally, after topping the science news headlines last year, oil in the Gulf reappeared this week, at least on news sites. Have bacteria consumed nearly all of the methane from the spill? A study published in Science this week suggests that’s the case. Ed Yong finds a lot of support for the paper in his blog on Discover; Samantha Joye tells Science News, “Just because you can’t find methane in the spot where you lowered your [instruments] doesn’t mean there’s no methane out there somewhere.”

Also, the president’s oil spill commission released the first chapter of its report this week. (The entire report will be available next week.) An excerpt from the chapter in Science Insider reports that the blame for the disaster can be shared among the companies responsible for the well.

Most of the mistakes and oversights at Macondo can be traced back to a single overarching failure—a failure of management.

And sadly, this may not be an unusual event, according to the New York Times:

The commission warned that without major changes, another such accident was likely.

If you want a front seat on a Gulf of Mexico recovery expedition, follow Sylvia Earle and others on National Geographic News Watch this month.

What science news did you dive into this week? Share with us!