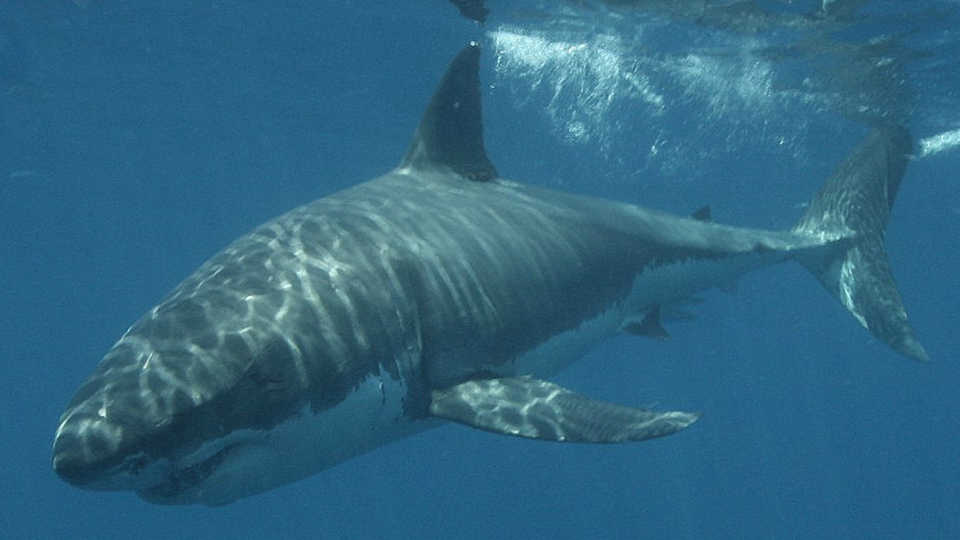 Perhaps the most important message the Discovery Channel’s Shark Week can deliver is not how sharks may be dangerous, but how these fantastic fish are in danger.

While it’s hard to estimate the total number of sharks killed each year by humans, due to the illegal and unregulated nature of practices like shark finning, some studies put the number at around 100 million per year, says Shark Stewards’ founder David McGuire. The World Wildlife Fund reports that this number is also growing at about 5% each year.

McGuire, also an Academy research associate and a lecturer at the University of San Francisco, calls himself a “conservationist with science training” who hopes to spend the rest of his life protecting sharks.

He earned his shark chops here at the Academy, working with, and learning from, the amazing John McCosker, who has spent his life swimming with fewer and fewer sharks.

McGuire began telling his shark tales with a documentary in 2006 called “Shark Stewards of the Reef,” documenting the connection between sharks and coral reefs and highlighting the important role these top predators play in supporting the health of coral reefs.

A few years later, he was on the front lines of the shark fin ban here in California, which was successfully passed into law in 2011.

As McGuire has watched more states join the ban and other organizations get involved here in the United States, he’s moved his sights to Asia, to create more awareness about the plight of sharks worldwide. He’s working with eco-tourism and ecosystem restoration organizations, as well as focusing on educating a public that might consume sharks and shark fins without truly understanding the consequences to the health of the fish and the oceans in general.

After returning from a three-week trip to Cambodia, Malaysia, and Hong Kong, McGuire stopped by the Academy this week to give us an update on his work. “The idea is to bridge American relationships and resources to small grassroots organizations in Asia, as well as bring the message of shark conservation in a good way, not pointing fingers. We want people to have the information to make better decisions,” he explains.

Shark Stewards recently joined the Earth Island Institute in order to further its cause. McGuire is working on ads and videos providing solutions to the overhunting of sharks and recently organized two “Swim for Sharks” awareness events—3.5 mile swims here in San Francisco and also in Hong Kong, the center of the shark fin trade.

McGuire won’t stop in the fight for shark conservation. “It’s daunting,” he says of the work ahead in Asia, “but it’s also exciting.”