Happy Shark Week! For our last shark celebration post, we revisit this basking shark article, originally posted four years ago. The project continues to be very active, and you can still get involved!

The IUCN lists the basking shark (Cetorhinus maximus) as vulnerable globally, but in the eastern North Pacific it is listed as endangered. This charismatic shark species is the second largest (up to 30 feet or more!) in the world and has a large range—from high latitude seas, including Arctic waters, to lower latitudes including the tropics. The distribution of these sharks changes seasonally with their abundance, shifting from higher to lower latitudes in the autumn and winter months. As they move into warm temperate and tropical seas, they dive to cooler waters, often several hundred meters below the surface. This explains why they are rarely, if ever, seen in the tropics.

Given the lack of knowledge of this species along the Pacific coast, a collaborative project was initiated in 2010 between the Pacific Shark Research Center (Moss Landing Marine Laboratories) and NOAA Fisheries Southwest Fisheries Science Center to investigate the abundance, distribution and population status of basking sharks. This is part of a tri-national program with Canadian and Mexican colleagues.

This multi-faceted project includes satellite tagging the fish, in addition to an educational and outreach component to raise public awareness and broaden the base of citizen scientists. Non-scientists can report basking shark sightings and, as a result, researchers are able to gain further knowledge on the occurrence and movements of these sharks. Over time, this will allow migration patterns to surface, and along the way, the public can gain knowledge and awareness about the ocean, its threats and the fascinating creatures that call it home.

(Do you want to join the cause? Find more information here.)

The citizen science and satellite tag data indicates that these sharks may use large expanses of the Pacific Ocean as critical habitat. These data allow researchers to assess potential hazards to basking sharks outside of the U.S., Canada and Mexico, as well as the impacts of human interactions and environmental effects on their numbers. Scientists are already utilizing this information to develop a recovery plan that will maximize the potential to rebuild the basking shark population in the eastern North Pacific.

We received an update from Dave Ebert this week about this project: “Spot a Basking Shark project is very much continuing and we are getting sightings reports on a steady basis. Please continue to contact us with sightings information.”

Dave Ebert, PhD, is the Director of the Pacific Shark Research Center and a research associate at the California Academy of Sciences. 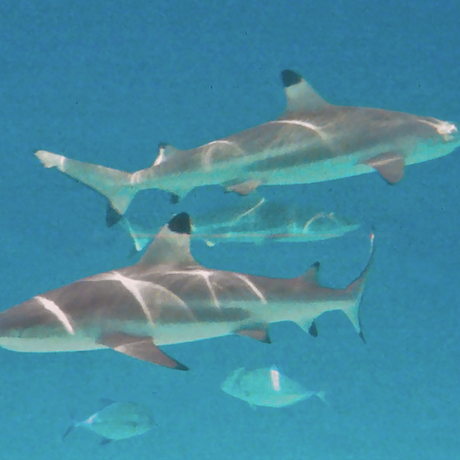 Shark Fin Small Win
One small step to improving the health of the oceans...
image-standard 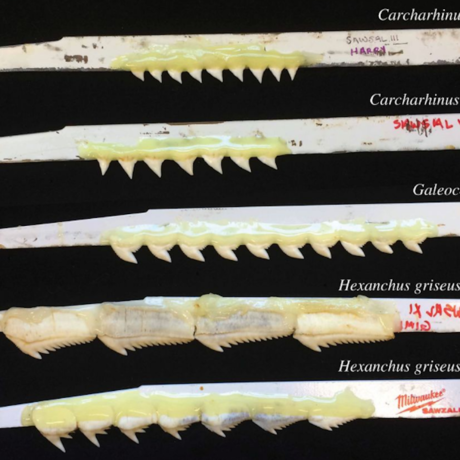 Shark teeth have such distinctive shapes that one tooth can be used to identify a species. Why such variety?