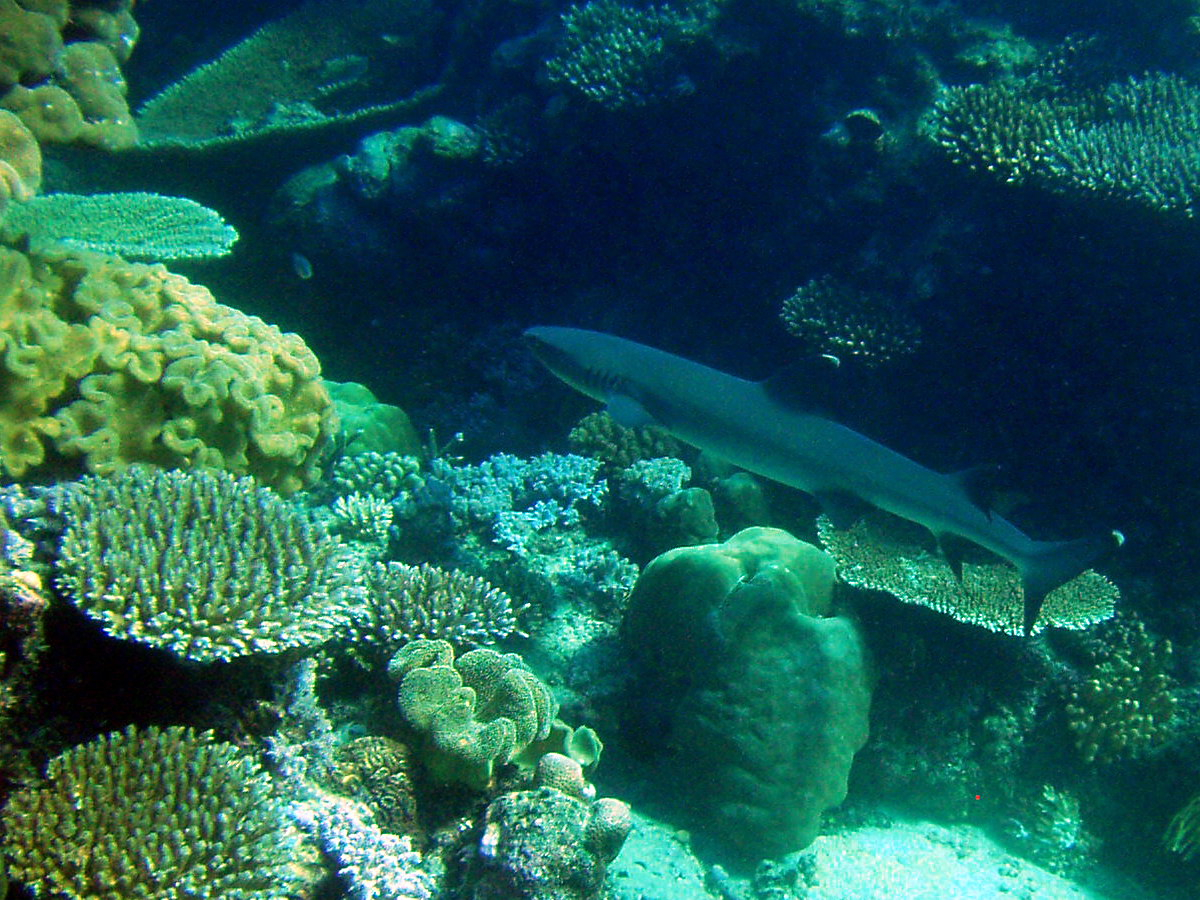 New studies about coral and the fish that inhabit reefs demonstrate the importance of coral reef protection.

Start with a bad joke
How do coral trout pick their hunting partners? It’s a moray! (Sorry!)

Earlier this week, researchers publishing in Cell Biology determined that coral trout are selective when it comes to choosing a successful hunting partner. Moray eels are useful to trout when hunting because the eels are able to flush prey out of reef crevices in a way that the fish themselves can’t. But in the wild, just as in the workplace, there are good and bad collaborators. Scientists wondered, were trout choosy?

Working in a lab with moray eel decoys, the research team found that, indeed, the trout always picked the sharper moray eel. “The trout’s collaboration appears to be relatively special, as it uses gestures to coordinate its hunts with partners of different species, such as morays, napoleon wrasse, and octopus,” says lead author Alexander Vail of the University of Cambridge. “Our study shows that these collaborative skills are not confined to apes and raises the possibility that they may be found in a number of other animal species for which they are ecologically relevant.”

Saving corals
Two weeks ago, NOAA (the National Oceanic and Atmospheric Administration) listed 20 corals as threatened as part of the Endangered Species Act. They join only two other previously-listed Caribbean species.

Fifteen of the newly-listed species occur in the Indo-Pacific and five in the Caribbean. The areas cover Guam, American Samoa, and Northern Mariana Islands in the Pacific; and Florida, Puerto Rico, the U.S. Virgin Islands, and the Gulf of Mexico. None of the listed coral species reside in Hawaii.

“Protecting and conserving these biologically rich ecosystems is essential, and the Endangered Species Act gives us the tools to conserve and recover those corals ​most in need of protection,” says Eileen Sobeck, assistant administrator for NOAA Fisheries. “The final decision is a result of the most extensive rulemaking ever undertaken by NOAA. The amount of scientific information sought, obtained and analyzed was unprecedented.”

As habitat, coral reefs play a critical role in the health of marine ecosystems, and they face severe threats—some individual species have declined by at least 90 percent. Healthy coral reefs also protect coastal communities during hurricanes, tsunamis, and other major storms. And they supply a significant food source for up to a billion people. These benefits are lost when corals are degraded.

Healthy corals create healthy ecosystems
Researchers, publishing today in PLoS ONE, have discovered abundant sharks in a protected area of the Great Barrier Reef. Overall, researchers recorded 21 different shark species. The shark abundance was higher in no-fishing zones than in fished sites. However, the findings also showed that hard coral cover had a large effect on the abundance of reef-associates shark species, indicating that the success of marine reserves for sharks—particularly reef-associated species—may depend on coral reef health. “Our results suggest that healthy reefs make good shark habitat, and may be just as important for improving shark numbers as protecting sharks from fishing,” says lead author Mario Espinoza from James Cook University.

The authors hope that the study may help others better understand the role of reef health in assessing the benefits of marine-protected areas for sharks.