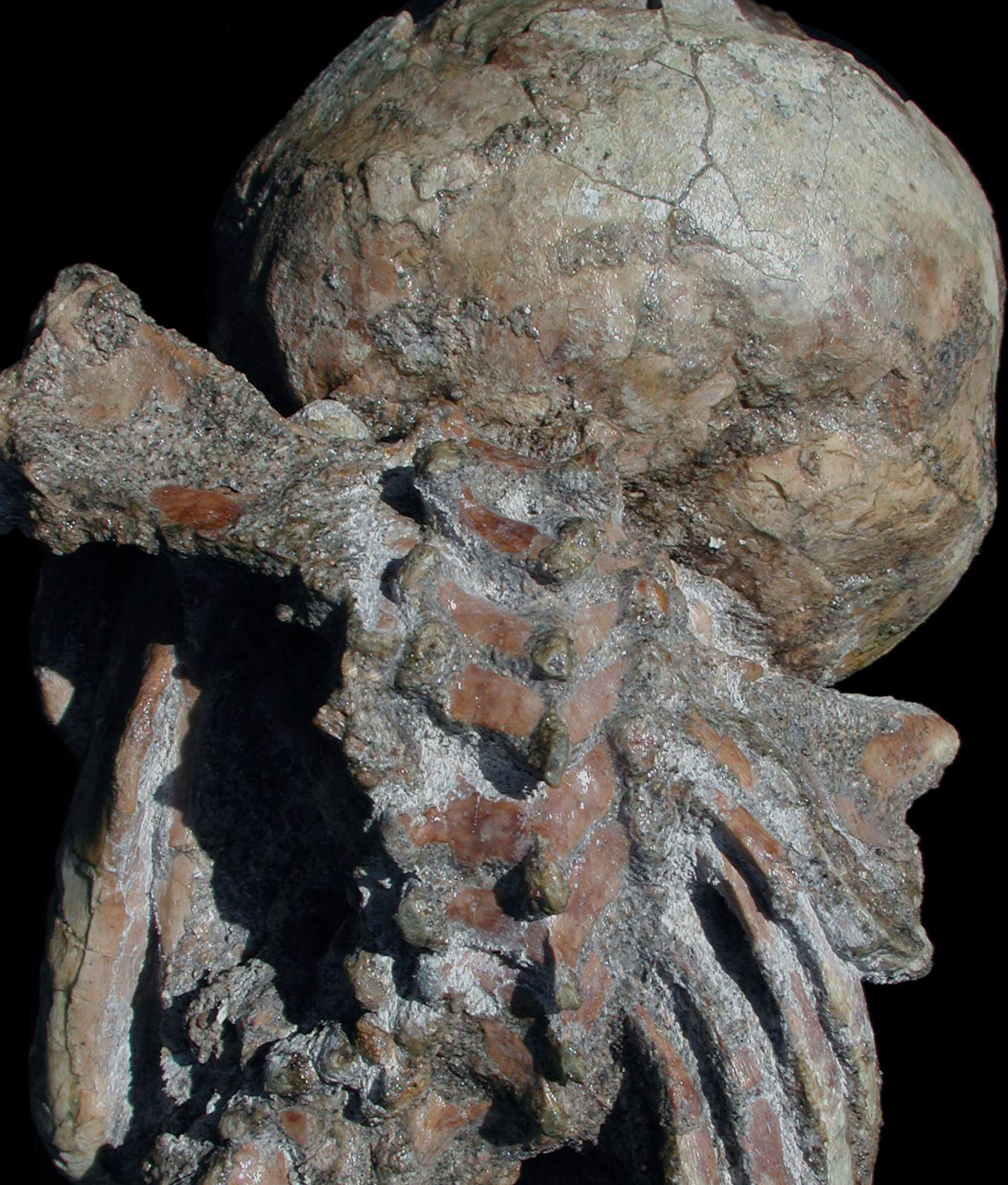 Some discoveries just keep on giving. That’s true of Selam, the skeleton fossil of a three year-old female Australopithecus afarensis that the Academy’s curator of Anthropology, Zeray Alemseged, discovered in 2000 in his native Ethiopia.

This week, Zeray and his colleague David Green, of Midwestern University, have published a study in Science (the cover story, no less!) thanks to Selam and her shoulder blades. The researchers find that even though A. afarensis was bipedal, Lucy, Selam, and their kin also climbed trees.

When the Lucy skeleton was discovered in 1978, “there was no question that this creature was an upright walking species,” says Zeray. “The foot, the knee and pelvis are all very human-like.”

However, the upper body told a different story. The features were much more ape-like, including long, curved fingers.

At the time, says Zeray, scientists split into two groups. “One group said, ‘Yes, A. afarensis has ape-like features, but the species doesn’t need them for survival, it’s just retention, evolutionary baggage. They can’t be interpreted for function.” A function like tree climbing found in earlier human ancestors.

The second group interpreted the ape-like characters for their function: “they saw the lower body for bipedalism and the upper body for climbing,” Zeray explains. “This discussion went on for the past 35 years.”

When Zeray published the findings of Selam in 2006, he noted that Selam’s scapulae, or shoulder blades, were gorilla-like, but he didn’t attempt to interpret that finding. Mainly because even though the two shoulder blades were intact, they were completely buried in compacted sand. Zeray and Kenyan lab technician Christopher Kiarie had to remove the super-thin fossils from the rest of the skeleton. Sand grain by sand grain.

That sort of work doesn’t happen overnight. It took them 11 years! Once the scapulae were extracted, Zeray could analyze the fossil in a detailed fashion. He confirmed they were gorilla-like, but there still wasn’t enough information to interpret the findings. Then, he and Green began their collaboration.

Green works on living species, Zeray on fossil species. The team began to collect data on many living primates—humans, chimpanzees, gorillas and orangutans—juveniles and adults. They also looked at the Turkana Boy’s shoulder blades. This Homo erectus fossil provides the second earliest and most complete scapulae of our ancestors—1.5 million years-old. Selam, at 3.3 million years, provides the oldest.

After the researchers analyzed the data, they concluded that A. afarensis climbed trees. Their evidence? The shoulder blades were indeed ape-like anatomically. In addition, they found that Selam’s shoulder blades developed like modern apes, not like humans. In apes, the shoulder anatomy of juveniles and adults are similar, but in humans, the anatomy changes quite a bit between the young and old. Finally, Zeray and Green demonstrated that the way the bone and muscles were oriented—in an upward direction—allowed more flexibility for climbing.

Zeray offers an explanation for this adaptation. “This species was small—chimpanzee-sized—in a wild environment with just a few stone tools, surrounded by scavengers and predators. They needed to nest at night, provision themselves and evade predators and carnivores. That’s why they maintained climbing, even though they were bipedal.”

This finding offers a bigger picture of human evolution. “When we became humans, we did not just jump from tree and start running. It was progressive,” says Zeray.

“The Selam skeleton is a mine of information for years to come,” he continues. And not just for his research, but many others. He can’t predict what we might find with this fossil, but he can imagine the possibilities, “how the species behaved, moved, looked, developed, voiced.”

For his own research into Selam, he’s not looking for anything specific and has no expectations. Zeray lets the data dictate the results—as interesting things pop up, he’ll give them the attention they need. He’ll let the data Selam provides lead to the science.

We're thrilled to announce that the Academy will reopen to the public on March 17, with special member and donor preview days on March 15-16. Tickets will be available beginning March 10, and all guests, including members, must reserve tickets online in advance.