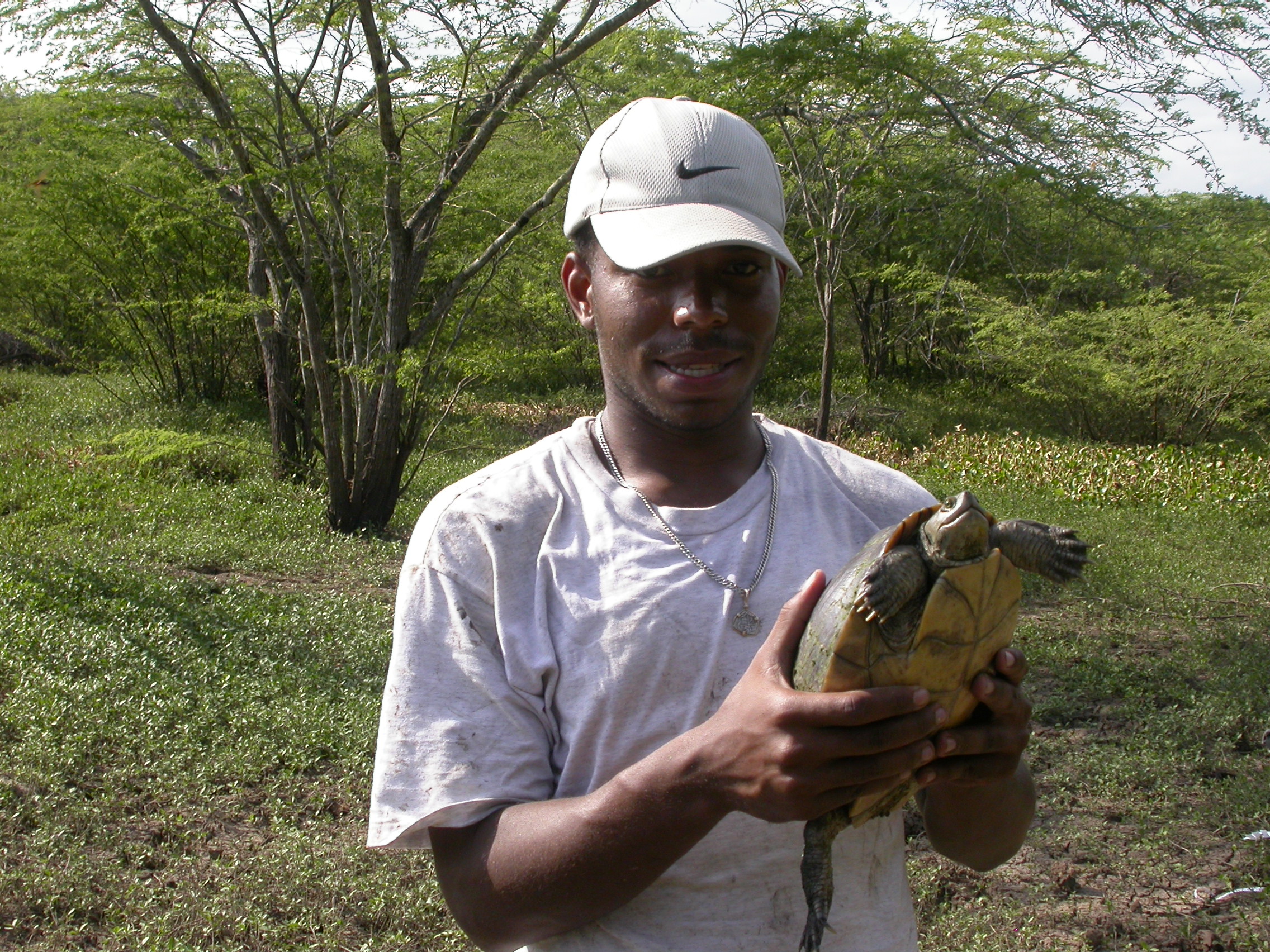 Studying slider turtles (Trachemys) is a good way to this address this question. Some species, like the abundant red-eared slider, are invasive all over the world. Others are threatened native species. The invasive and native species often mate with each other, creating offspring. This mixing of two species genomes through crossing, that is, hybridization, can have a profound effect on the evolution of these species and on ecosystem health.

Recently Brian and Academy Research Associate James Parham of CSU Fullerton published a paper on slider populations in the Caribbean. The native sliders there “are endangered, largely because of habitat destruction, and being harvested for food,” Brian explains.

In some places, natives are also threatened by invasive species like the Cuban slider on Jamaica or the red-eared slider in Puerto Rico. “It appears that people have been moving turtles around for hundreds of years, and for some islands there may have been different sources of the introductions,” Brian says.

The recent study reveals a lot of hybridization among the invasive and native species. “We used genetic data to show that there are multiple hybridization events, both recent and ancient, both from natural contact and because of human activities,” Brian describes. “This pattern also shows that the past and ongoing movement of turtles by humans is impacting their DNA.”

But Brian suspects that human impacts may not be the only reason for hybridization. “In addition to the genetic pollution caused by people moving turtles into the range of other turtles, different species also contact each other naturally. So hybridization may be an important part of the natural evolution of these turtles. We have to keep this in mind when reconstructing their evolutionary history. We also need to be very careful determining whether evolution is the result of unnatural (human) or natural processes.”

If hybridization is due to unnatural, human causes, conservation efforts are a top priority in protecting the native turtles from the invasive species. Brian and his colleagues are also confronting these hybridization and conservation issues in the US. “The turtle project is a long-term multi-component project that will last for decades. This publication about Caribbean turtles is a small piece of the entire slider puzzle, which we are unraveling piece by piece.”

And the project goes beyond turtles. “Another facet of the current study addresses how we study genomic data in species that are hybridizing. In other words, we demonstrate how the presence of hybridization confounds certain methods that people are using to reconstruct how different species are related.”

These turtles get to the root of Brian’s work. “Asking, testing and answering evolutionary questions is why I became a scientist,” he explains. “Turtles are one of the few vertebrates that hybridize across deep historical divisions, which provides my colleagues and me the opportunity to test some of the most fundamental questions about the processes of speciation, the engine generating biodiversity.”