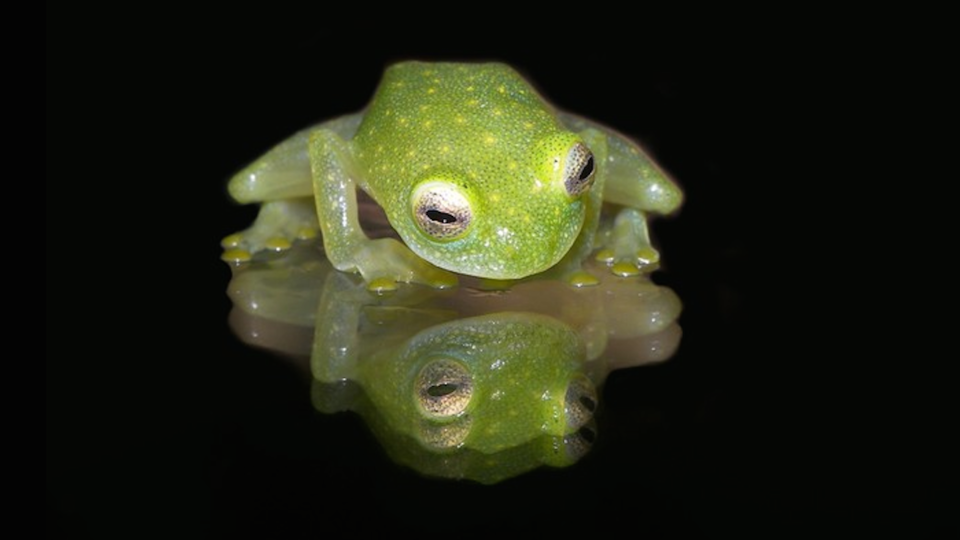 In a packed session at the recent American Association for the Advancement of Science (AAAS) Annual Meeting, four scientists discussed the urgency to fight the threats facing amphibians and the actions being taken internationally to save these animals.

These vertebrates are in grave danger. Out of 7,500* species of frogs, toads, salamanders, and caecilians described, researchers estimate that 43% are in decline and 32% are threatened. 168 species are presumed extinct. And beyond the threats facing almost all wildlife on this planet (habitat destruction and climate change to name a couple), amphibians are further threatened by a terrible disease: chytrid.

The disease is caused by the chytrid fungus which spreads through water or by contact and infects the skin of amphibians, in many cases killing the animal. First described in 1998, scientists are continuing to learn more about chytrid, working on many aspects of the fungus and the disease, in a global effort to save these charismatic and important animals.

Karen Lips of the University of Maryland, one of the first scientists to report the phenomenon, started the session by reminding the room just how important amphibians are: “They eat bugs, disease vector bugs, protecting humans from disease… They regulate ecosystems—as food for birds, mammals and snakes.” They’re also a vital indicator of a healthy ecosystem.

She then reflected on the chytrid fungus. Once thought to be one basic species, Batrachochytrium dendrobatidis (Bd), researchers have now found many different lineages of Bd, and an entirely new species that appears to affect only salamanders, Batrachochytrium salamandrivorans (Bsal). And it’s likely we’ll only find more, Lips said. “A couple of weeks ago, a scientific paper described Bd as the worst invasive species facing vertebrates today.” It appears that Bd and Bsal tend to destroy naive populations, animals that have never before seen the fungus and have no resistance to it. And these fungi seem to be arriving to new populations via recent human movement, according to another paper cited by Lips.

These new studies are making a difference. The U.S. government is working hard to prevent the Bsal fungus, currently only found in Europe and Asia, from reaching North America. The U.S. Geological Survey (USGS) has created a Bsal task force and the U.S. Fish and Wildlife Service put a ban on importing salamanders (as pets) just last month. In addition, Lips reported, we’re starting to see endangered species listings here in the U.S. for amphibians.

While we’re seeing impacts of Bd in some parts of the U.S. (the Sierras in California have been especially hard hit), most of the effects of chytrid are found in the tropics, especially Central and South America. The second AAAS speaker, Ana Longo, also of the University of Maryland, said that scientists have to go to where the frogs and salamanders are to learn more about the disease and fungus. (It turns out that elusive, “secretive” caecilians are really hard to track and there is very little known about these animals and their numbers in general.) She urged global collaborative responses with multidisciplinary teams to study three major areas: pathogen evolution, microbiome interactions and host immune response. Turns out there’s already been a lot of research into these subjects, too.

“We first thought just it was just one thing,” Longo said about the chytrid evolution. “But we now know there are several lineages, and we’re barely beginning to understand the genetic diversity of chytrid. There’s a single origin for this disease, but we’re still trying to find source population and, then more importantly, where it is going. There are differences in traits and virulences, but we still need more global expertise.”

In terms of frogs’ skin microbiome, they not only have highly diverse microbiota, but about 60 percent of the microbes are also shared across frog species. Scientists have observed what happens when Bd colonizes the skin—both in the lab and on a wild population in California. Bd completely changes the skin microbiome and bacteria can help fight chytrid, and not just one species of bacteria, but researchers are finding more and more. However, other scientists have determined that probiotic application cannot help the animal fight the fungus. One of the major questions Longo said still needs to be answered is, What is the function of the bacteria?

Longo cited a paper published over a year ago that demonstrated that genetics determine the amphibian’s immune response to chytrid. Researchers discovered this by looking at which species could survive Bd infection. The study found that each species had a different reaction, so there’s more than one type of immune response. The resistant species simply seem to ignore the infection to survive, Longo said.

Patricia Burrowes of the University of Puerto Rico revealed forces outside of the amphibian that affect the strength of the fungi and the resilience of the animals. Temperature and precipitation play a key role, but it depends on the environment, location, and species. In the tropics of Central and South America, Bd tends to infect seasonally, when temperatures are cooler and the air is more moist. “For certain communities,” Burrowes shared, “the rainy season is the worst because it increases the transmission rate via water species and those that reproduce in water.” This appears to be true in Australia, too, but in Puerto Rico, many species never or rarely go to the water and amphibian declines several years ago correlated with a warming and drying trend.

Finally, Vance Vredenberg of San Francisco State University spoke about chytrid’s past and amphibians’ future. We’ve featured Vandenberg’s work before (here and here), and he’s studied museum collections to understand where chytrid was hidden in the past without killing the amphibians (reiterating two of Longo’s points: pathogen evolution and host immune response). With new technologies (DNA sampling, biodiversity informatics, and more) collections can hold a significant amount of information from the last two centuries to track diseases and pathogens such as Bd. Vredenberg discovered that chytrid has been around for hundreds of years in some areas, but in others it has only recently arrived. He and his colleagues also tracked the spread of the disease. For example, he found chytrid first came to Mexico in 1974 and then slowly spread southward, throughout Central America, where it did significant damage to amphibian populations in the 1990s.

Beyond the global efforts of scientists working together to learn more about the disease to halt it, perhaps the most positive part of the chytrid story is what is now happening at zoos and aquariums around the world. Vredenberg discussed this new role for these types of institutions: saving species from disappearing. By raising animals in captivity and releasing them to the wild after the fungus and disease has left an area, zoos and aquariums (including the Academy’s Steinhart Aquarium) hope to protect amphibian species from extinction. Amphibian Ark, an organization dedicated to save these animals, says 600 species need this help, and Vredenberg indicated that 80 species currently benefit from these survival efforts. There’s already been successful reintroductions, too. Gopher frogs in Georgia were reintroduced to the wild successfully, and locally, at the San Francisco Zoo, a program with Sierra yellow-legged frogs has seen a reintroduction project at Lake Tahoe, which is doing very well, according to Vredenberg.

These researchers and their colleagues are racing against time to save these animals, and maybe the future will see amphibians rebound instead of die off as we learn more about the disease and how to protect these animals. As Vredenberg put it, perhaps this will be a “science success story.”