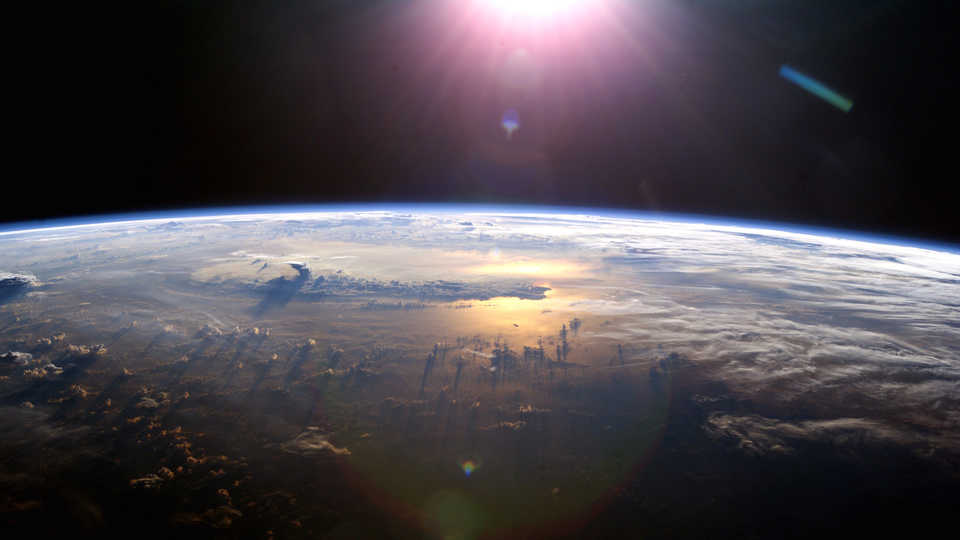 So it’s like this: Earth’s orbit is elliptical, as opposed to circular (as illustrated here, although greatly exaggerated), which means that as our planet orbits the Sun, there’s a point at which the two bodies are closer together and another at which they’re farther apart. These points—called perihelion and aphelion—occur in January and July, respectively. But if January is when Earth is closer to the Sun, why isn’t the weather warmer at that time?

This question addresses a misconception that many people have about the seasons—that they're the result of Earth’s distance from the Sun. However, from perihelion to aphelion, Earth’s distance varies by about 5 million kilometers (3 million miles), or about three percent of its average distance of 150 million kilometers (93 million miles), and that’s not enough to make any difference in the weather.

Rather, the seasons are the result of changes in the angle and duration of sunlight across the planet’s surface. This is due to the constant tilt of Earth’s axis of rotation. As the planet orbits the Sun, its axis maintains its tilt with respect to the stars, causing its orientation to the Sun to change over the year, and this affects the way sunlight illuminates the northern and southern hemispheres. Right now, around the December solstice, the North Pole is tilted away from the Sun, so as seen from the northern hemisphere, the Sun is low in the sky, illuminating the northern half of the planet at a shallower angle than at other times of the year. The Sun is also not above the horizon for as long as it is during the summer. This produces our winter weather, when the days are short and cold. In fact, on the December solstice, sunlight doesn't even reach the North Pole, which is enveloped in a 24-hour long night. At this time, points at the latitude of 23.5 degrees south of the equator (the Tropic of Capricorn) receive the most direct solar illumination and see the Sun pass directly overhead.

Six months later, at the time of the June solstice, the north pole is tilted toward the Sun, and the situation is reversed: sunlight now strikes the northern hemisphere at a high angle, and the Sun is visible over the horizon for a longer period, which gives that part of the planet more time to warm up. At this time of year, the North Pole enjoys 24 hours of daylight, although the Sun remains low in the sky. Points located 23.5 degrees north of the equator (on the Tropic of Cancer) are where the Sun is seen passing overhead.

Not only that, but the seasons flip-flop between hemispheres and are opposite of each other on either side of the equator: when it’s summer in the northern hemisphere, it’s winter in the south, and vice-versa (making Christmas a summer holiday Down Under). Technically, that means for southern hemisphere dwellers perihelion does indeed occur during the summer, but that’s simply a matter of coincidence, not causation—while the southern hemisphere summer may coincide more closely with perihelion, summer’s warmer weather is still due to the angle and duration of sunlight, not simply because Earth is three percent closer to the Sun.