In the summer of 2020, a group of IBSS scientists drafted this statement addressing racism in modern science and outlined individual and collective actions to advance equity within IBSS and to promote diversity, equity, and inclusion in their fields:

"Science is a racist institution to which all scientists belong, and in which we all participate. There are deep legacies of implicit and explicit racism rooted in the foundations of modern science, including the exploitation of Indigenous and foreign peoples during exploration and the making of biological collections, the forced participation of enslaved people in scientific research, the distortion of scientific discoveries and theories in the formulation and justification of racist theories of humanity, and the ongoing denial of a professional environment that is equitable and supportive to non-white scientists in the United States. In the opening decades of the 21st century, more than 150 years after the official end of slavery in the United States, only 1% of PhDs in Ecology and Evolution are awarded to Black Americans. This is wrong. We, the scientists of the California Academy of Sciences, hereby declare that we will no longer participate in a racist discipline. We acknowledge the role of racism in the history of our own institution, the biases and hurtful actions in our present-day workplace, and commit ourselves to anti-racist actions and policies as the foundation of a future that is equitable, and that truly reflects our values and the demography of both our American society and the scientific community.

Every scientific institution in the United States bears the legacy of our country’s racism, and the California Academy of Sciences is no exception. It is impossible to conceive of our past colleagues, expeditions and research as being free of racist actions and beliefs. Our current body is more diverse than it has ever been in the 167-year history of the institution, and yet still adequately reflects neither the racial diversity of American society, nor the diversity of persons who aspire and train to become professional scientists. All of us have either witnessed, heard, been subjected to, or perpetrated racist statements and actions. We have not been honest enough in the acknowledgment of our past, nor our practices in the present. And we have not been as effective as we both wish and are capable of, in creating a more equitable and diverse future for science. Science thrives on ideas, and diversity breeds ideas. Each scientist brings their background and experiences to the scientific table, and to meet the enormous challenges currently facing our society, science must benefit, in tangible and material ways, from the true diversity of the world in which it operates

If you share our vision of a truly equal and anti-racist institution of science, then join us. If you are sick and tired of belonging to something that denies you, or are exhausted by the often unknowing or unintentional perpetuation of systemic racism, then join us. We are building something, and we need you for a new institution of science. We will fight together until everyone who wants to be in the room feels welcome, that they belong there, and agrees the work is done. We will redefine who does science and what science does—the institution of science is by the people and for the people, not one of privilege."

The preceding statement is specific to actions we will take within the Institute for Biodiversity Science and Sustainability; however, we expect the Academy to reflect these values and goals across all departments and partnerships.

We have begun our work with the following 14 commitments and will share monthly updates to keep our community informed and ourselves on track.

Require anti-racist training for all scientists, research staff, students, volunteers, and expedition staff, as well as visiting scientists on-site for 30 days or more within a 12-month period. Establish a code of conduct for all visiting scientists regardless of visit duration.

9. Acknowledge and address racism in collection items and commemorations

Acknowledge and address manifestations of racism in collection items, including harmful language, issues of provenance, and possible repatriations. Remove statues, portraits, and other commemorations of racist scientists that are publicly displayed.

10. Diversify our roster of seminar speakers 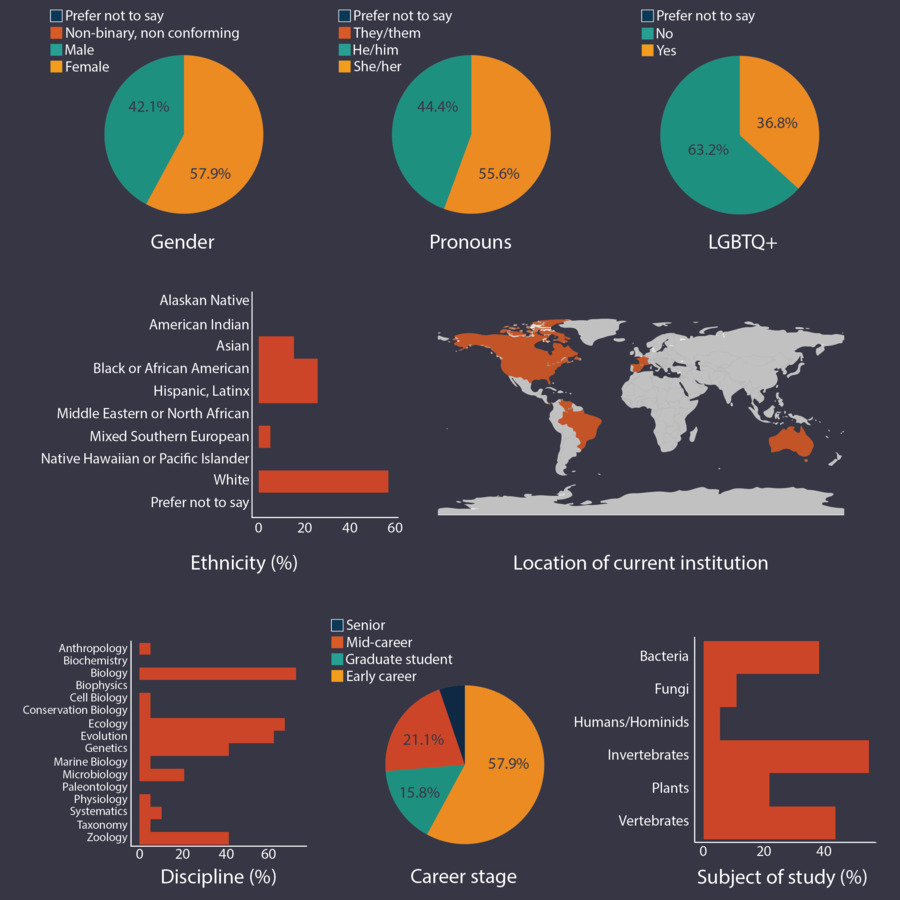 Actively diversify the roster of speakers invited to seminar series and keynotes and solicit funds to support doing this. 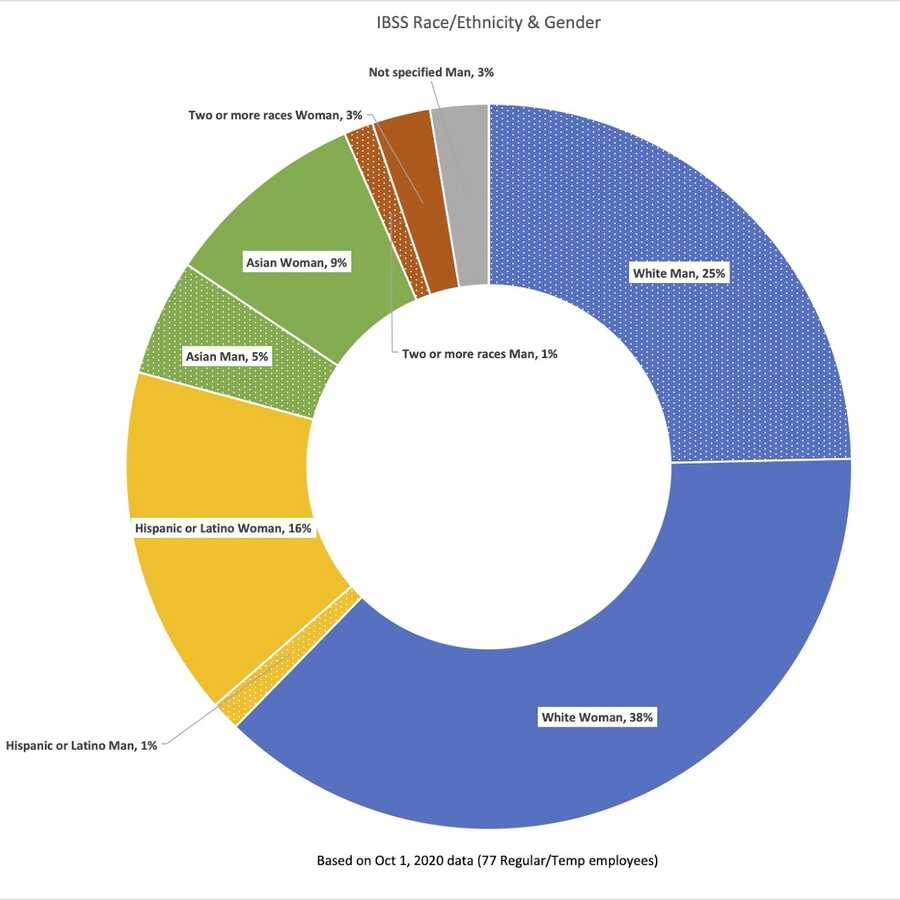 Measure and report on IBSS staff and Fellows diversity and make these reports easily accessible on our website.

At least double our paid mentorship programs with targeted recruitment efforts among underrepresented groups in STEM. Commit to leveraging our personal networks to ensure career opportunities are available to our mentees when they leave.

Publicly acknowledge that the Academy is situated on land that is the unceded, traditional territory of the Ohlone people and has been tended and cared for by them since time immemorial.

View a list of Academy staff who added their signature to the Statement and made a personal commitment to this work.

View signatories
More to explore
Learn more about some of the Academy’s current programs that seek to increase diversity, equity, and inclusion in science, expand access to the museum, and foster a culture of belonging among staff, guests, students, and community members.
image-standard 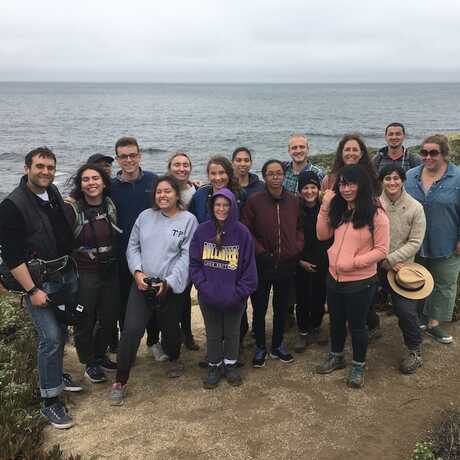 2019 SSI interns and instructors on a field trip at the Bodega Marine Lab.

Undergraduates can conduct research alongside renowned scientists with a paid, museum-based summer internship. 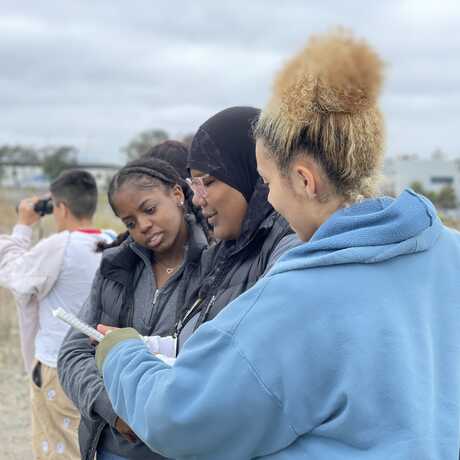 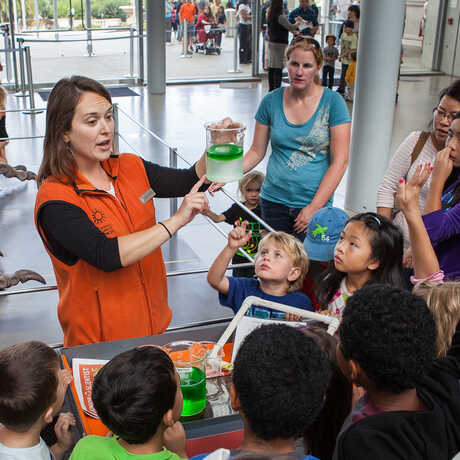 The Academy for All initiative creates free and reduced admission opportunities to 210,000+ visitors each year. 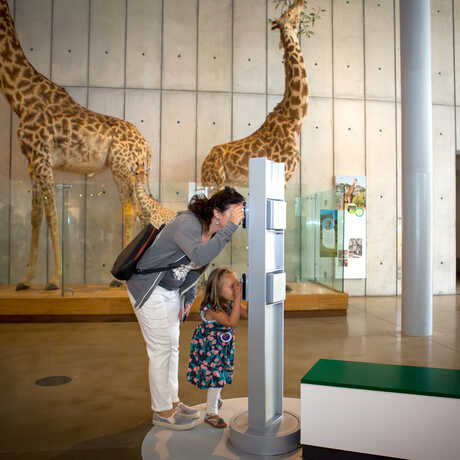 The Academy is committed to making our exhibits, programs, services, and content accessible to everyone.

Interested in learning more about anti-racism in science? Get started with this list of articles, books, and resources compiled by IBSS staff.