A Sea of Revolutionary Data

In November 2014, Scott Loarie watched his biodiversity social network, iNaturalist.org, hit a staggering milestone: one million nature observations of the natural world. This crowd-sourced sea of global biodiversity data—invaluable because it is both georeferenced and vetted by experts—is revolutionizing the scale and pace at which scientists are able to assess and predict the impacts of climate change, habitat loss, and other global threats to our planet’s natural resources.

Loarie calls big data “one of Earth’s greatest hopes for a healthy future.” iNaturalist participants snap photos of animals and plants observed in their natural habitats, like lobster mushrooms in Washington State and kiwi birds in New Zealand, and share them with a global online community. This international database appears on searchable maps available to anyone with a mobile phone or access to the Internet.

For years, Loarie has poured over gigantic datasets, investigating how warming climate and human action shape ecosystems. As a co-director of the Academy’s iNaturalist platform, Loarie champions crowdsourced biodiversity data as the best way for the general public to help scientists dig into our gritty new climate reality on an unprecedented scale.

Under Loarie’s direction, iNaturalist has become one of the fastest-growing contributors of useable scientific data to giant databases, including the IUCN Red List and GBIF. In the past five years, iNaturalist contributed 92% of photos logged in GBIF. For thousands of species in the past decade, the vast majority of official plant and animal records—what they are, where they live, and what they look like—have also come from iNaturalist users.

Real-time streams of biodiversity data from around the world change the way organizations, like museums and governmental agencies, translate changes in species distributions into meaningful, expansive management recommendations. In 2014, iNaturalist users were the first to raise alarm about never-before-seen changes in California’s sea slug distribution. Scientists were able to use iNaturalist data to illustrate large shifts in ocean climate, and urge governmental authorities to take tangible steps in the fight against climate impacts.

This up-to-date pulse on the health of millions of global species unlocks new ways for the conservation community to prevent extinctions and halt outbreaks of invasive species. With Loarie’s guidance, iNaturalist continues to explore, explain, and sustain life on Earth while reminding us that no one person (or scientist) can handle the task alone. 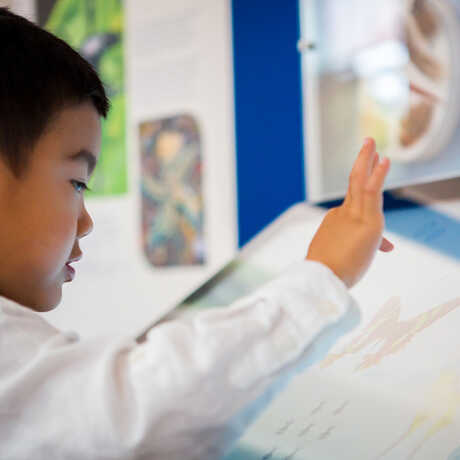 Apps & Interactives
Learn science delightfully with our suite of smartphone apps, immersive interactives, and engaging videos.
View All Beyond Discovery