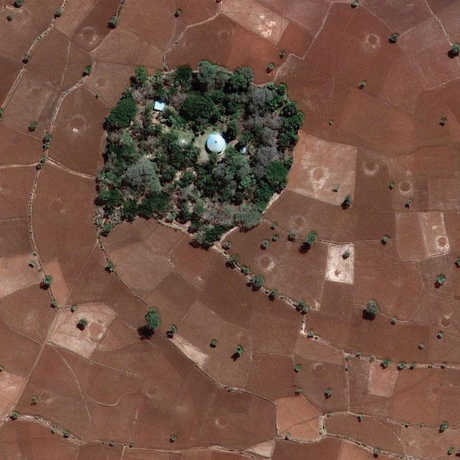 The vast desertscapes of northern Ethiopia mask what was once a heavily forested area, teeming with biodiversity. As in so many developing countries, much of Ethiopia’s natural landscape has been cleared for agriculture, and for harvesting timber and firewood. Less than five percent of the region’s native forests still stand, and what is left is under constant threat.

Fortunately for this East African nation, a few patches of vibrant green remain. Since 2009, biologist Meg Lowman has partnered with Ethiopians to help protect these priceless—and critically endangered—“church forests” that dot the landscape around hundreds of the nation’s churches.

Protected as sacred sanctuaries and packed with native flora and fauna, some church forests are over 15 hundred years old. Their presence is a direct result of the Orthodox Church’s mission to retain a green necklace around the place of worship.

“As populations expand and resources dwindle,” says Lowman, “these forests—ranging in size from five acres to more than 1,000—have become the centerpieces of the struggle to conserve what remains of northern Ethiopia’s biodiversity.”

Stewards of the Future 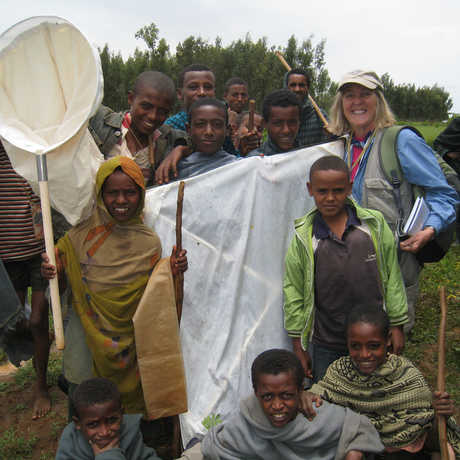 By partnering with the Coptic priests, villagers, and other local stakeholders, Lowman helps to create stewards for Ethiopia’s remaining patches of green. Her surveys of the region’s church forests highlight their status as a home base for a wealth of Ethiopia’s endangered plant species as well as a provider of countless ecosystem services including clean water and local pollinators.

Efforts to protect Ethiopia’s church forests have spread outside the country itself, with everyone from individuals to U.S. school groups raising money to build fences around the church forests’ perimeters—a deceptively simple response that yields big results. Fences are built with stones removed from local farmland, increasing crop yield and helping to protect forest havens that support food production.

Lowman and partners look to future generations to amplify the conservation efforts so critical to the survival of northern Ethiopian communities. As a first step, Lowman helped create t-shirts sporting images and descriptions of native insects, giving local children a “wearable field guide” about local species. Lowman went on to write the children’s book Beza, A Conservation Story, a powerful educational tool about church forest protection efforts. For every copy sold in English, one Amharic copy is donated to an Ethiopian child poised to help protect the future of the region’s life-supporting trees.

0
View All Beyond Discovery
More About Dr. Meg Lowman

Videos:
Sustainability and Community
An Amazing View of Earth
Hooked on Bugs