Curator of Invertebrate Zoology Gary Williams is one of the world’s experts on octocorals, deep-sea corals, and coral reefs, having discovered more than 100 species—and 20 genera—along the way. 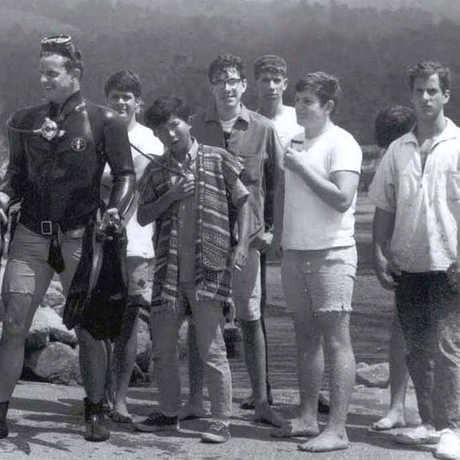 The decision to become a scientist came early for Invertebrate Zoology and Geology Curator Gary Williams, but what field to go into was a harder question. “Astronomy, astrophysics, marine biology—which way are you gonna go?” Williams says, throwing up his hands with a laugh. “But then my high school biology teacher started taking us to local tide pools,” he says, “and that decided it.” Today, Williams is one of the world’s experts on octocorals, deep-sea corals, and coral reefs, having discovered more than 100 species—and 20 genera—along the way.

Williams’ career has been defined by fieldwork, a scientific tradition he fell in love with during a six-month backpacking trip that followed the travels of famed naturalist Charles Darwin—a journey made more than a century earlier. In the process of following Darwin’s route (as described in his 1839 book Voyage of the Beagle) through Patagonia and surrounding areas, Williams found that “the whole idea of being a field biologist made so much more sense, because when you’re out in the field seeing how things live and are oriented in the environment, it gives you a whole different perspective. I became a much better biologist while traveling in South America and Africa.”

Darwin wasn’t the only English naturalist Williams was reading at the time, and from Darwin, Henry Walter Bates, and Alfred Russell Wallace, “I learned so much about keeping careful daily notes in the field,” he says—“about the importance of sketching and recording everything you see.” It’s a habit Williams maintains to this day, and one he encourages in the Academy’s scientific illustration interns, who study as part of the Summer Systematics Institute. 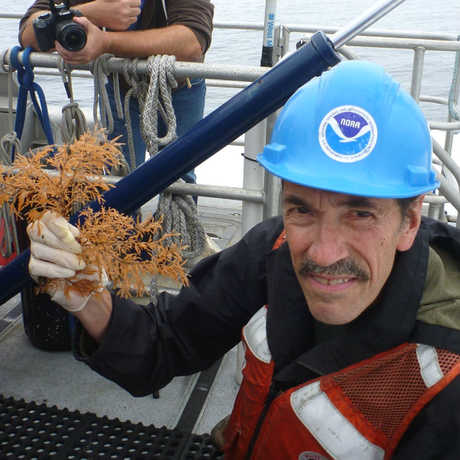 Corals are an incredibly diverse group of organisms, but “if you take them all together as one,” says Williams, “they build reefs, they build huge habitats for other organisms, and they’re micro-predators, which means they take care of a lot of particles in the sea. In coral reefs the water is always clear because the coral are feeding constantly, taking particles out of the water. Without coral reefs, there would be a lot more cloudy water.”

Williams focuses on octocorals, which can be distinguished from other types of corals by the 8 tentacles on their polyps (other corals have complements of 6,12,18, or 24) and by the feathery “pinnae” that fringe the tentacles. But he fell for corals as a group in South Africa, where the South African Museum hired him while still a grad student to survey the local coral fauna. “I was working on nudibranchs and other things at the time,” he says, “but I started studying other animal groups, and by the time I got there I already knew enough to get going on it. And once I got into it, the beauty and diversity—it was just fantastic.” 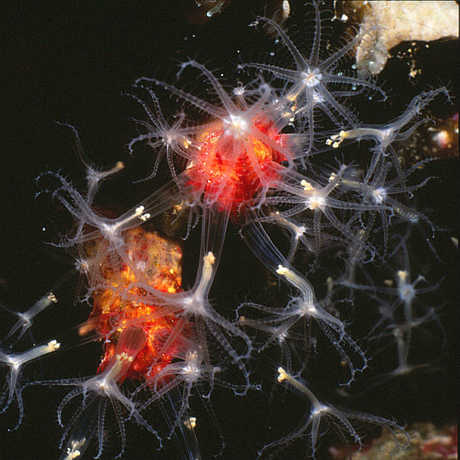 Despite having made well over 100 new-species discoveries so far, there are a few that still stand out for Williams—moments that typify the wonder of discovery itself, and that remind him of how much more there is to learn from Earth’s oceans.

“In the Solomon Islands,” he recalls, “there are these alcoves or caves, and during a night dive back in the ‘90s a wave surge came in and pushed me against the side of one. As that happened the whole thing just lit up with this flash of green, which was really startling and beautiful. It turned out there was a soft coral that was covering the walls; I collected it, and it turned out to be the first known soft coral to bioluminesce.”

Another surprise came from 1,200 feet below the Antarctic sea—an environment that’s “pitch black, freezing cold, and about which we know almost nothing.” From these depths came a bright orange, feathery palmate (or head) the size of a human palm, mounted atop a 12-foot-long stalk that Williams says “is probably able to sweep in the Antarctic’s bottom currents, where there’s no food except for the rain of dead plankton that comes from the surface.”

Today, that specimen sits atop Williams’ desk at the Academy—a reminder of how many unknown corals await discovery in the deep. In fact,” Williams adds, “there are probably more corals in the deep sea than in the shallow water. My research program really shifted from an all-shallow-water to a deep-water focus, because stuff’s coming from all over the world and nobody has a clue what it is—so I have to figure it out.”

Tools of the Trade 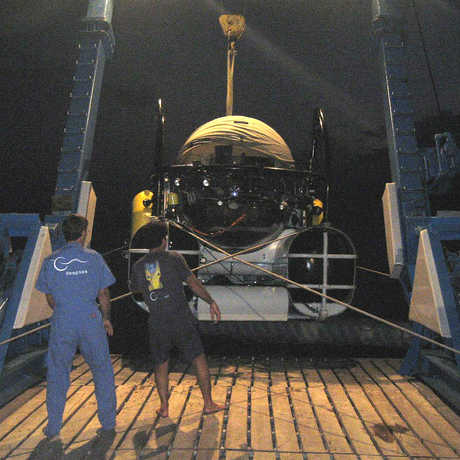 To “figure it out”—to add to our knowledge about deep-sea biodiversity—Williams uses, pilots, and even rides in a range of equipment designed for ocean exploration, from traditional SCUBA gear to ROVs (remotely operated underwater vehicles), submersibles, and more.

“In the old days,” Williams says, “ROVs were gigantic—the size of my office—but today they’re just little things that take great pictures. What’s really exciting, though, are the AUVs, or autonomous underwater vehicles. The technology’s not really there yet, but the goal is to have a deep-sea drone that’s not attached by cable to anything or anyone, and that’s capable of physically collecting specimens and samples.”

While he waits for the undersea drone of his dreams, Williams continues to conduct research at sites around the world, manage the Octocoral Research Center, and offer words of wisdom to next-generation ocean explorers. “If you’re thinking about getting in a submarine and you’re at all claustrophobic, just don’t do it,” he says emphatically. “I’m not,” he hastens to add, laughing, “but getting in a little bubble with someone who is … oh man—forget it.” 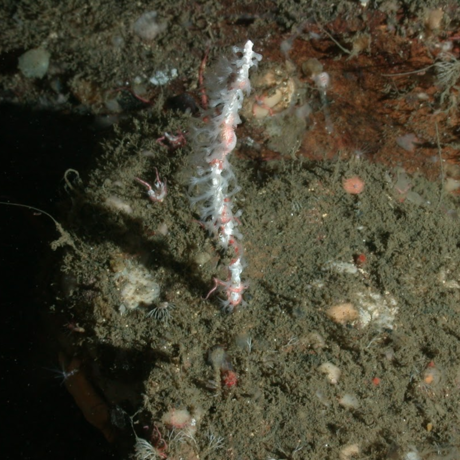 New Coral in Our Backyard

Using a small submersible, scientists discovered a new species of coral just off the coast. 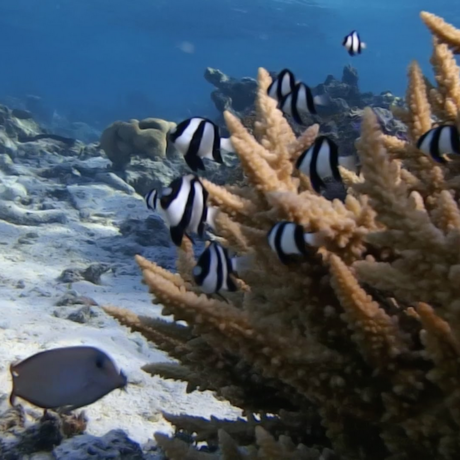 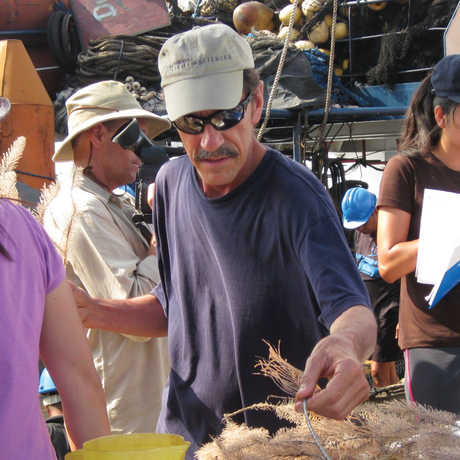 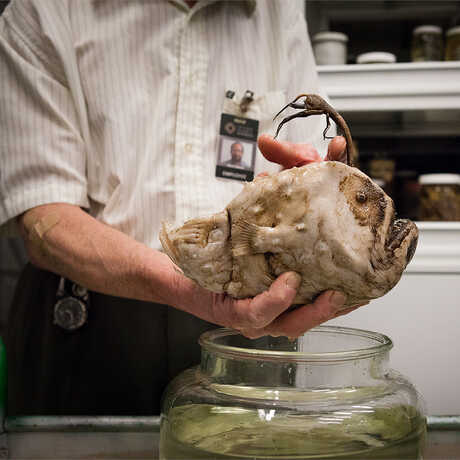 Pacific Footballfish
Anglerfish live in the depths of the Pacific Ocean and use a phosphorescent bulb to attract prey. 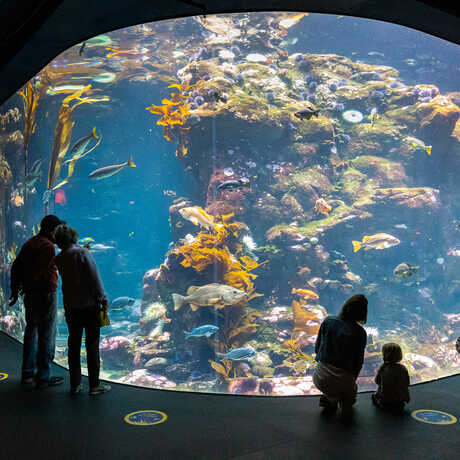 California Coast
Get a glimpse of the richness right off our coast and gaze at rockfish, eels, anemones, sharks, and more. 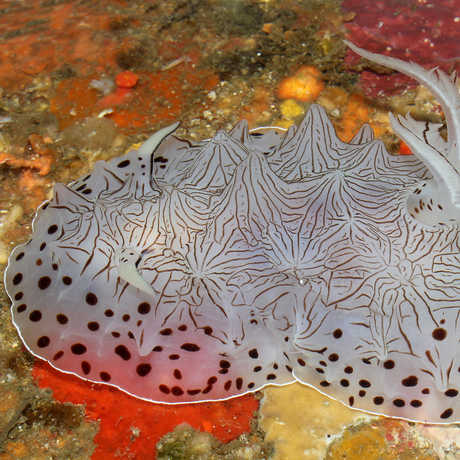 Videos:
"Emphasizing the Sciences"
"At Work in the Farallones"
"Deep-Sea Corals"

Invertebrate Zoology & Geology at the Academy