As the Academy’s Assistant Curator and Schlinger Chair of Arachnology, Lauren Esposito studies the processes and patterns of evolution in spiders and scorpions.

An Entomologist from the Start

Dr. Lauren Esposito started her entomology collection at a young age. As a kid, she had a fondness for exploring the yard, flipping over rocks and storing found insects in egg cartons, although it didn’t occur to her that she might eventually become a scorpion scientist. Esposito grew up in a household with an appreciation for nature and animals—her parents are both biologists—and often visited her grandparents on a remote island in the Bahamas. “The most dangerous things on the island were ants and scorpions, so it was a pretty ideal place for a child to explore,” says Esposito. She spent her time in the Bahamas checking the tide pools every morning, collecting hermit crabs in buckets, and observing the marine life in an artificial reef beneath her grandparents’ dock: “I think I became a biologist there.”

She continued to hone her skills during college, with a summer undergraduate internship in arachnology at the American Museum of Natural History and volunteer work at a field station in the Chihuahuan Desert. By the time she graduated, Esposito was hooked on arachnids—and field work—and returned to AMNH to complete a PhD in arachnology. She followed that with a postdoctoral fellowship studying the biogeography of scorpions in the Caribbean. That project, she says, “combined everything I loved: the Caribbean, being on islands, doing lots of field work, and studying scorpions.”

When an arachnologist position at the Academy opened in 2015, Esposito knew she had to apply. “I’d been trained as a museum scientist since I was 19 years old, and all I wanted to do is museum science. And the Academy, with its opportunities for community engagement and outreach, was always at the top of my list.” Her office is now home to a cockroach (“good for people to touch and hold”); a tailless whip scorpion (“not actually a scorpion, an amblypygid”); and a pair of scorpions that glow with a bluish tint under UV light (“nobody knows why they fluoresce, but since discovering they do, scorpion species discoveries have skyrocketed”). At the time of this writing, Esposito has never been stung as a professional scientist. 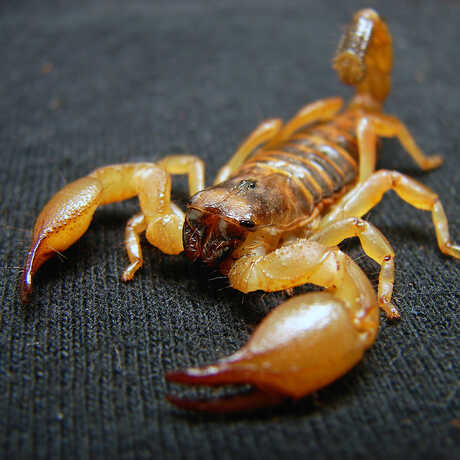 Esposito is happy to talk about why she’s drawn to studying scorpions, a decidedly unpopular creature. “Scorpions are the oldest living terrestrial arthropods on the planet. They’re approximately 400 million years old: They were here before dinosaurs, and ever since haven't changed in their overall form,” she begins. “I’m also super intrigued by the fact that they give birth to live young.” Plus, she says, she’ll never run out of scorpions to study: They’re found in every ecosystem on the planet, from cave systems below sea level to the peaks of the Alps and the Andes. The scientific community has described 2,200 species of scorpions, and Esposito’s conservative estimate is that number only encompasses 60% of the group’s total diversity. She wants to fill in those taxonomic gaps.

She’s making good progress. Esposito and postdoctoral fellow Dr. Sarah Crews, who studies spiders, have collected on nearly every island in the Caribbean, and completed a number of ecological and evolutionary research projects. Approximately 30 to 50% of the animals they collect there are new species. “The Caribbean in general is pretty well trodden,” says Esposito. “As one of the most biodiverse regions on Earth, we think we have a pretty good sense of what’s there, but we actually don’t.”

For the past several years, Esposito has studied the evolution and geographical distribution of scorpions in the Caribbean. She suspects the string of islands played a significant but underappreciated role in producing the biodiversity currently found in North and South America. Because scorpions are essentially “living fossils,” they’re ideal organisms to study to decipher this larger relationship. Understanding the biodiversity of this region in a time of rapid agricultural development is a key step toward sustaining it for future generations.

“We know a single scorpion can carry the genes for more than 200 unique venoms in its DNA,” says Esposito. Those venom varieties are like protein cocktails, mixed to affect specific mammals, insects, and crustaceans. “Researchers think that scorpions eject venoms with different compositions depending on the scenario. If they encounter a predator, they’ll eject one combination, and if they encounter prey, a different one.” The venom’s effects? Pain, temporary paralysis, or death.

Esposito is studying the evolution of scorpion venom alongside the evolution of scorpions. This makes her unique among venom experts, who are often toxicologists or biochemists studying its chemistry. “Looking at how this venom diversity evolved helps us understand how one creature can evolve the ability to strike hundreds of specific targets,” explains Esposito. “There’s a kind of evolutionary arms race happening between scorpions and mammals, particularly with predatory, nocturnal scorpion mice.” These mice have developed an immunity to the scorpions’ current arsenal of venom. Studying these types of relationships will help Esposito answer key questions about what role venom may have played in the evolution and distribution of various scorpion groups. 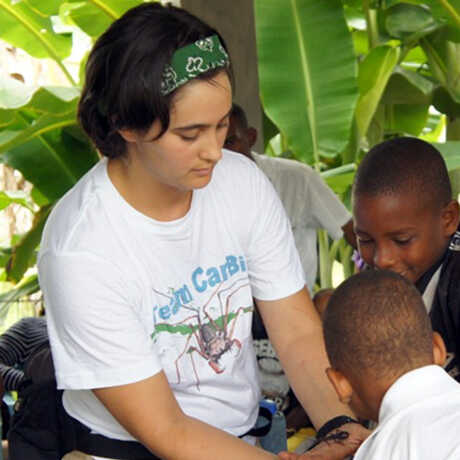 In 2014, Esposito co-founded Islands & Seas, a science and education nonprofit. The organization’s vision is to build an independent network of field stations where scientists, tourists, and locals can work together to conserve natural resources. Its first field station is in San Juanico, a small fishing village in Baja California Sur situated just south of El Vizcaíno Biosphere Reserve, the largest wildlife refuge in Latin America. “The English name for the town is Scorpion Bay,” says Esposito. “So it just happens to share the name of my favorite animal.” While strong ecotourism businesses built around whale-watching surround the area, the local community is still on the verge of development; with its work, Islands & Seas hopes to influence development in a sustainable direction.

“First, the locals need to know what they have,” says Esposito. “And before they can know what they have, we need scientists and students to conduct biodiversity surveys because nobody knows what’s there.” The organization runs courses in field biology for undergraduate students, with scientists from the Academy and other partner institutions showing them the ropes. “With the help of the students, we’ll begin building baseline information of what’s there in the biosphere reserve,” says Esposito. “And then we’ll continue to build from there.” 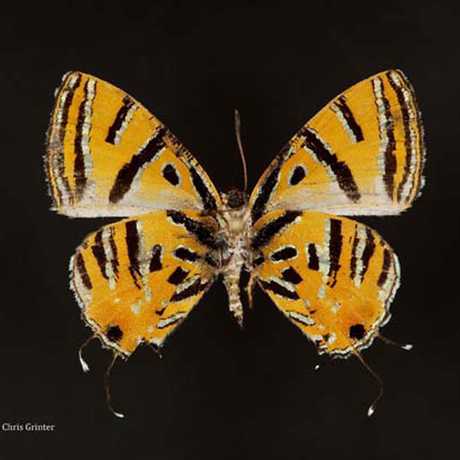 Our entomology collection is one of the four largest in the continental United States.