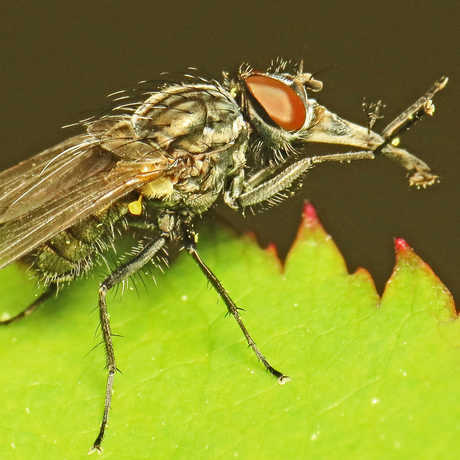 When it comes to insects and flies, the old “beauty is in the eye of the beholder” adage is a good descriptor of how one-time art student Michelle Trautwein first fell for entomology. “I was just completely blown away by the beauty and diversity of insects,” she says, describing her first encounter in a college entomology class. That fascination sharpened following a trip to the tropics, where she found herself mesmerized not just by the “beauty of the natural world,” but by the concept of evolution itself.

As Trautwein continued her studies, it was flies—a group much maligned by humans, but one that comprises about 10 percent of known species on Earth—that became the focus of her work. Today, Trautwein is the Academy’s assistant curator of entomology and the Schlinger Chair of Dipterology (aka a fly specialist). Her subject matter is packed with surprises—did you know that mosquitos are flies, for example, or that many flies are actually wingless?—and has a surprisingly profound impact on human life.

“[Mosquitos] kill over a million people a year,” she notes, “but flies are also important pollinators. And flies and their babies, affectionately known as maggots, do a lot of the work of the cleaning up dead and rotting things in the world, which is a really important job.”

Those important jobs are being done almost everywhere in the world, at this very moment—in places closer to you than you may think. “Right now,” Trautwein says, “there are easily over a dozen species of flies in your house. They’re tightly interwoven in the history of humans, and I think that’s fascinating.”

Arthropods In Your Home 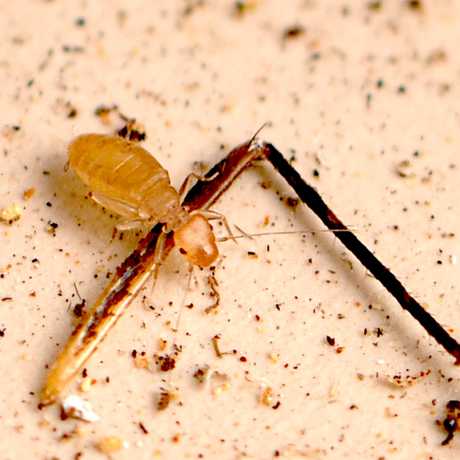 As strange (and slightly alarming) as it may be to consider, no human really lives alone. Our homes, be they apartments, mansions, or thatched huts, are in fact teeming with tiny roommates. These arthropods don’t merely share space with us; they’ve evolved with us—and in response to us—over the course of hundreds of thousands of years.

"Often people have the idea that biodiversity is something that you find only in remote locations in the rainforest or on coral reefs,” says Trautwein, “but the truth is, it's all around us, even in our own homes. I'm interested in studying the evolutionary history of [insects] that live with us and that we interact with every day. I want to know more about how these human-arthropod relationships have developed over time."

To begin that study, Trautwein first kicked off a citizen-science project in the Raleigh-Durham area, where she was then serving as Assistant Director of the Biodiversity Laboratory at the North Carolina Museum of Natural Sciences. Called "Arthropods in Our Homes,” it sampled 50 different local residences, collecting insects from basements, drapes, along floorboards, in showers, and more.

The diversity was astounding—hundreds of different species found in a single home!—and Trautwein immediately knew she couldn’t stop there. In May 2015, she launched the “Seven Continents Study,” which will sample homes on each of the world’s seven landmasses, including Antarctica. Set to roll out over the course of 2016, the project will paint an Earth-sized picture of how humans and arthropods co-exist in dwellings around the world. 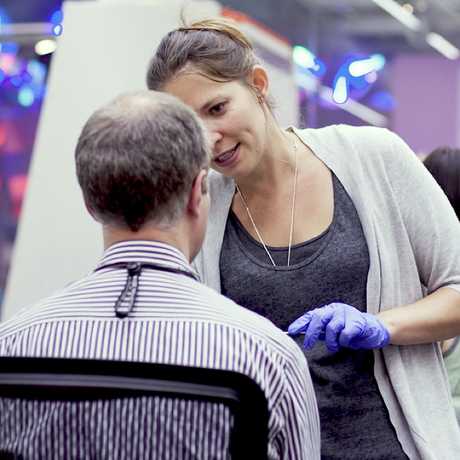 Sharing a home with insects may seem like a pretty close relationship, but humans and arthropods actually get much, much closer. In fact, we ourselves are home to several species of face mites—microscopic animals that live, feed, and reproduce in the hair follicles found in and around our eyebrows, eyelashes, noses, and more.

The benefits (if any) of the relationship for humans aren’t yet well understood, but face mites seem to go about their business largely without causing harm to their hosts. There is one remarkable service, though, that face mites can deliver, and it’s enough to make a fly specialist devote much of her current work to them. “As [our ancestors] traveled out of Africa and the populations separated,” Trautwein told SF Gate, “our face mites evolved.” These tiny arthropods, Trautwein’s found, can actually help tell the story of how our own species evolved and migrated.

Trautwein and her team have already discovered not only that all humans host face mites, but that an American’s face mites, for example, are different from those found on a person born in China. By sampling not just people’s homes but also their faces as she travels the world on her Seven Continents study, Trautwein hopes to collect findings that illustrate “the ancient journey of Homo sapiens … as retold by mites!”

Like many of the most fascinating scientific discoveries, it’s a story that runs in two directions. The data Trautwein has begun to collect informs not just our understanding of how human beings evolved and migrated, but of how human behavior impacted the evolution of our smallest, most insight-rich “roommates.” 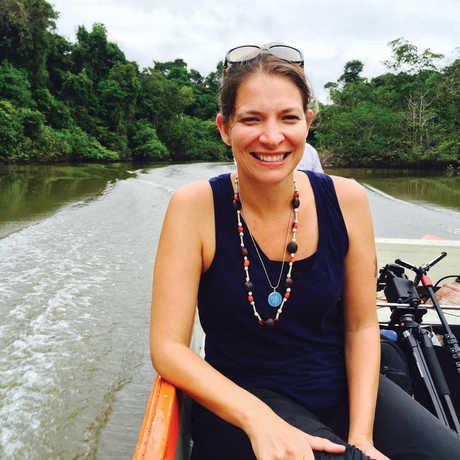 Videos:
"Biodiversity Is All Around Us"
"Science Is a Creative Field"
"Flies Are Underappreciated"

Related Site:
Arthropods Of Our Homes

Related Articles:
"3 Things You Didn't Know About the Mites That Live On Your Face"
"Insects!"