Earlier this month, we asked you to help us choose names for two of our newest animal arrivals. Nearly 2,000 votes were cast for the names submitted by our museum neighbors, including Asian Art Museum, Exploratorium, de Young, Oakland Museum of California, Walt Disney Family Museum, and Yerba Buena Center for the Arts. We've tallied the votes, and it's official—Nori and Bert are the winning names!

Nori (submitted by Asian Art Museum) is the Japanese name for edible seaweed species of the red algae genus Pyropia. In many Asian countries it is used to wrap the rice and fish (a penguin favorite!) and is a main ingredient of sushi. Bert (submitted by Walt Disney Family Museum) is the name of the character played by actor Dick Van Dyke, who famously danced with animated penguins in the Walt Disney film Mary Poppins.

All the Names Proposed by Our Museum Neighbors

Our Penguin Colony—Part of an Important Conservation Mission 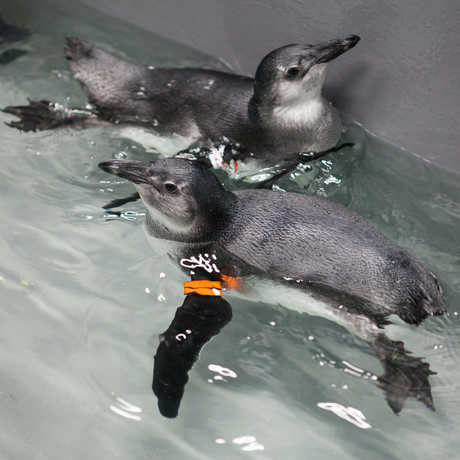 African penguins were classified as an endangered species in 2010 and are at high risk of extinction in the wild. The Academy’s penguin colony is part of a Species Survival Plan with partner institutions accredited by the Association of Zoos and Aquariums. This collaborative breeding program is dedicated to maintaining genetic diversity in the captive population of African penguins.

In December 2014, Academy assistant curator Vikki McCloskey and biologist Crystal Crimbchin traveled to South Africa to hand-rear chicks abandoned by their parents and introduce these penguins back into the wild as part of the Academy’s partnership with SANCCOB, a leading conservation organization.

Watch our African penguins waddle in HD! Tune in to feeding time at 10:30 am and 3 pm daily for extra cuteness.

Launch Webcam
Penguins in Your Pocket!

Download our Pocket Penguins app for iPhone, Android, and AppleTV to stream the antics of our African penguin colony 24/7. 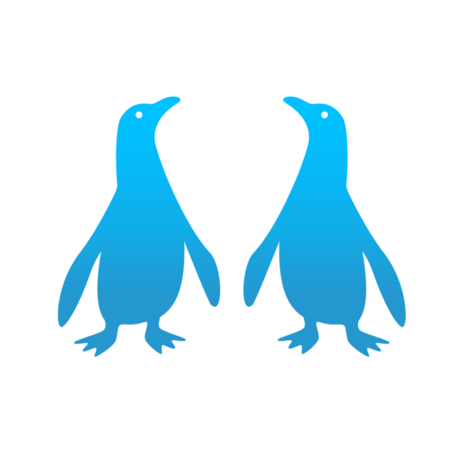